Home Business Creatives Should Be Paying Attention to the Ongoing Fight Over ‘Shake It... 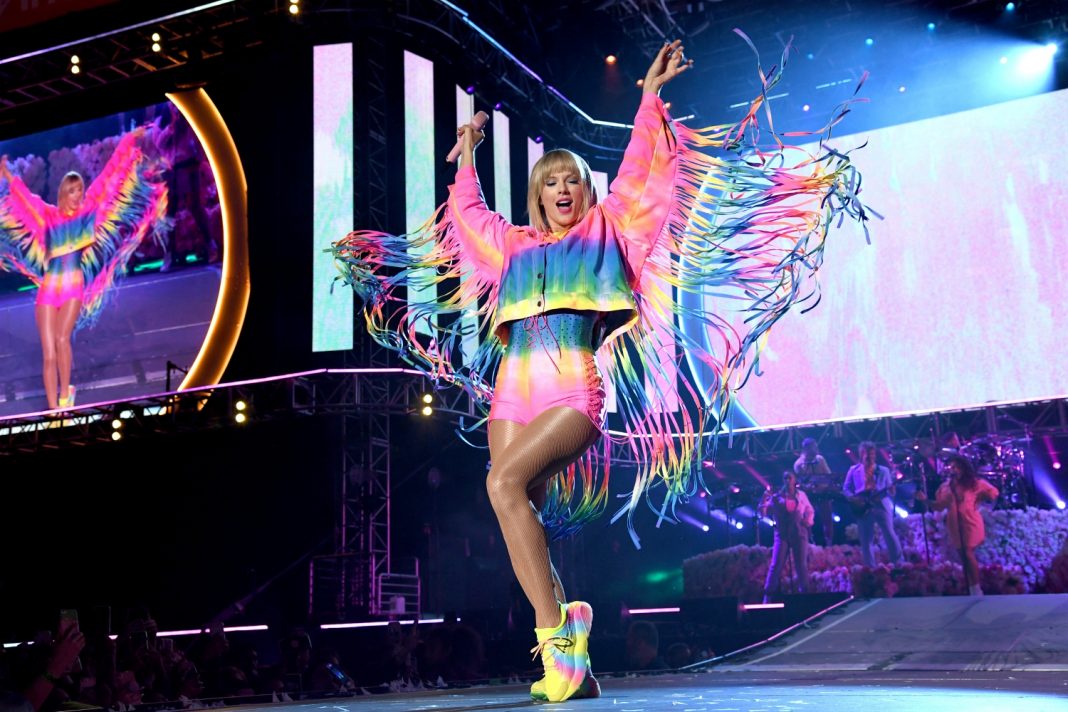 Since she released her first record in October 2006, Taylor Swift has become one of the most famous and highest paid celebrities on the planet. In recent months, the crossover success story has also become the face of the fight for artists’ rights as she’s battled talent manager Scooter Braun and label head Scott Borchetta over ownership of master recordings of her first six albums. The ongoing dispute has turned into a tense public debate over art, creativity, and the outsize power of private equity groups that’s inspired members of Congress and presidential candidates to speak out in Swift’s defense.

Meanwhile, Swift is at the center of another dispute over musicians’ rights and what qualifies as someone else’s legally protected creation.

Penned by Swift and producers Max Martin and Shellback, “Shake It Off” is Swift’s biggest hit to date, spending 50 consecutive weeks on the charts and hitting number one around the world. But two Atlanta-area songwriters, Sean Hall and Nathan Butler, claim the earwormy chorus was borrowed without permission from a song they wrote more than a decade earlier.

According to Hall and Butler, their song “Playas Gon’ Play” was penned between January and March of 1998. That year, the duo recorded the following into a mic in Hall’s dining room studio:

They say they knew immediately the song would be massive. They met with Tse Williams, the momager behind one of the most popular girl groups of the early 2000s, 3LW, and proceeded to record two of their songs with the group. Hall and Butler’s “No More” became 3LW’s debut single, and “Playas Gon’ Play” followed. The self-titled album, on which both songs appeared, sold over a million copies and was certified platinum.

Hall and Butler contend that before the song’s release in 2001, no one had strung together that particular phrasing or syllable structure. The idea of “players playing” and “haters hating” has gone on to spawn memes, entries on the crowd-sourced slang translator Urbandictionary.com, and baby clothes on Etsy. Hall likens the phrase’s rapid absorption into pop culture to the Cash Money Millionaires’ success with their 1999 single “Bling Bling.”

“It [went from] these guys from Louisiana saying it on this record to someone saying it hosting the Grammys or hosting the Emmys or, like, it being in a soap opera,” Hall says. “Sometimes phrases change things.”

Phrases similar to “playas gon’ play” popped up in other songs, too. Disgraced R&B singer R. Kelly sang, “Players want to play, Ballers want to ball, Rollers want to roll,” on the song “Feelin’ on Yo Booty,” recorded in 2000 and released in August 2001. Vybz Kartel’s use of the phrase in both his appearance on the Rihanna song “You Don’t Love Me (No, No, No)” (Playas gonna play, At least that’s what they say…”) and his own single “You Me Need” went unnoticed by Hall and Butler until they were contacted for this story.

Hall says Swift’s camp never reached out to discuss the lyrics before “Shake It Off” was released. Swift, Hall, and Butler all have Sony/ATV as their publishing company; when Hall and Butler reached out to the company, they say they were encouraged to let the matter go. Instead, they filed a copyright lawsuit against Swift in 2017. It was dismissed in 2018 by U.S. District Court Judge Michael W. Fitzgerald, who wrote, “The lyrics at issue…are too brief, unoriginal, and uncreative to warrant protection under the Copyright Act.”

Some observers see this case and the judge’s ruling as part of the much larger problem of black art being undervalued and underappreciated. The music industry has a history of taking Black artists’ stylistic choices, turns of phrase, and even entire songs and having them sanitized by white performers. One of the most notorious is the story of Arthur Crudup, who died in poverty after Elvis Presley re-recorded and popularized several of his songs. Cultural appropriation that Black artists experience is part and parcel of the material inequity that was created under slavery and exists to this day. White society so frequently appropriates Black culture that it’s hardly remarked upon. Too often, the work of black artists is popularized, but the creators are left behind.

“In the ’90s, the Supreme Court said anything more original than a phonebook can be copyrighted,” says Kevin J. Greene, a professor of contract music and entertainment law at the Thomas Jefferson School of Law in San Diego whose clients have included Spike Lee, Public Enemy, and TimeWarner/HBO. “How is it that a lot of things black folks do doesn’t end up being protected by copyright?”

This isn’t the first case brought against Swift over the phrasing in question. In 2015, R&B singer Jesse Graham filed a $42 million dollar suit, claiming that Swift’s hook “is that same as mine” and that there would be no “Shake It Off” if he “hadn’t written ‘Haters Gonna Hate.'” His case was dismissed by United States District Court Judge Gail Standish, who submitted 3LW’s song as evidence that Graham’s components weren’t original. Graham recently filed a third copyright suit against Swift.

In October of this year, a three-judge panel on the Ninth Circuit Court of Appeals decided that Judge Fitzgerald’s conclusion in the Hall and Butler case was premature. “Originality, as we have long recognized, is normally a question of fact,” the decision says. They cited a century-old Supreme Court decision, and wrote that it would be dangerous for judges to decide originality. The decision goes on, “By concluding that, ‘for such short phrases to be protected under the Copyright Act, they must be more creative than the lyrics at issues here,’ the district court constituted itself as the final judge of the worth of an expressive work. Because the absence of originality is not established either on the face of the complaint or through the judicially noticed matters, we reverse the district court’s dismissal.”

“The question of whether the work is original or creative enough, it’s usually an issue of fact. The court doesn’t decide,” says Marina Bogorad of Gerald Fox Law, who is representing Hall and Butler’s case. “[Judge Fitzgerald’s] court did decide it. So to me, that was the main flaw.”

The case has been remanded back to a U.S. District Court for reconsideration. Bogorad says she thinks the case will have to go before a jury.

“There is a very strong precedent that says that [judges] do not decide that question line, that as a matter of law, you have to conduct discovery, you have to go to trial and that you have to have a jury decide it,” she says. And she thinks her clients will win. “When you take 20 percent of your creation from somewhere else, I think you need to give credit to the source.”

Greene, however, isn’t sure Bogorad and her clients will emerge victorious. “The jury generally doesn’t believe that [a well-known artist] would steal from someone who isn’t as well known,” he says. “Actually the case is exactly the opposite. I believe that top-line musicians end up plagiarizing and infringing and stealing all the time.”

Swift and her representatives declined to comment for this story, but when the case was reopened in November, a Swift rep said, “These men [Hall and Butler] are not the originators or creators for the common phrases ‘Players’ or ‘Haters’ or combinations of them. They did not invent these common phrases nor are they the first to use them in a song. We are confident the true writers of ‘Shake It Off’ will prevail again.”

Regardless of what happens with Hall and Butler’s case, Taylor Swift’s name and brand will become synonymous with artists’ rights—with the people and businesses who protect them or those that don’t. It remains to be seen which side she’ll be remembered for being on.

RELATED: Taylor Swift Is Going to Rerecord Her Masters to Make Her Actual Masters Worthless