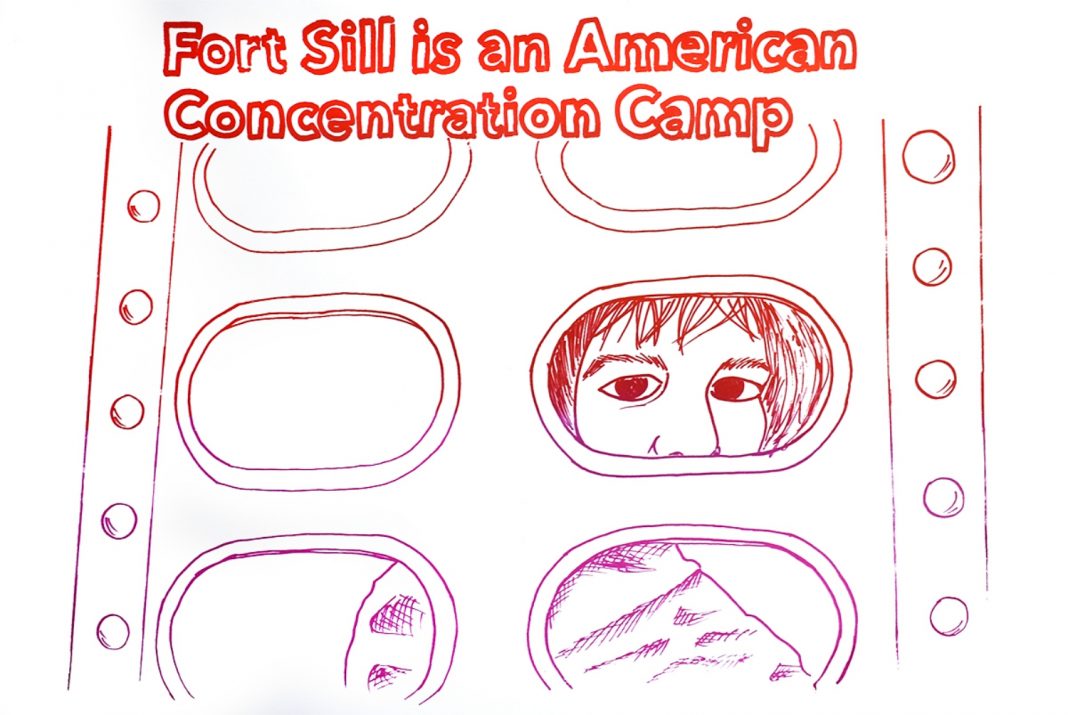 Do you know what to do if you’re approached by ICE? What if you’re a witness to a raid in your neighborhood or public space? Boyle Heights art gallery and education center Self Help Graphics wants you to “Know Your Rights”—and they’ve been printing them on posters that have been distributed recently at various spots in and around Los Angeles. A PDF is also available to download and print from from the organization’s website.

The “Know Your Rights” poster is a collaboration with partner National Day Laborer Organizing Network that lists what to do if you’re approached by ICE or police, or if you’re arrested or detained. Printed in both English and Spanish, it was designed by Self Help Graphics intern, Katherine Chavez, and first printed back in 2017, when the Trump administration moved to end DACA (Deferred Action for Childhood Arrivals). That initial run was distributed at neighboring businesses, around the nearby Metro station, and along Cesar Chavez Avenue. “It was really just to get information out,” says SHG’s executive director, Betty Avila. “It was just to say something is happening or something might happen,” she adds, “but let’s make sure that our community members are as informed as possible on their rights.”

In the nearly two years since it was created, the gallery’s “Know Your Rights” posters have resurfaced when the occasion calls for it. On July 13, as ICE raids were set to take place across the U.S., SHG sent its Barrio Mobile Art Studio to three different locations—MacArthur Park in Westlake, El Mercadito in Boyle Heights, and Tierra Mia in Huntington Park—where teams of two artists made and distributed posters. “With the most recent announcement of ICE raids, we just felt the urgency of getting information out there,” says Avila.

Through this project, SHG isn’t just providing information, but they’re also learning about community needs. Avila heard from an artist who distributed posters in MacArthur Park that someone looked at the poster to check out the info, but didn’t want to take it. “There was a sense of fear of what happens if you have this on you,” she says. “Even this idea of having pretty basic information as somehow implicating you, it just shows the level of fear that our community is experiencing.”

Marvella Muro, director of artistic programs and education, notes that “empowerment” is part of SHG’s mission, which makes education an important part of what they do overall. “However, there is an urgency given the administration today,” she says. “With that, there’s a tricky line with the teaching artists who do go out there and the responsibilities that they take on by being this public figure and distributing these flyers.”

Muro notes, “What we’re doing is distributing information, but it’s important for us to partner with local organizations that we can direct people to, that can help with that information.”

In 1970, Sister Karen Boccalero, who had studied under the famed printmaker Corita Kent, came together with artists Carlos Bueno, Antonio Ibañez and Frank Hernandez to form what would become Self Help Graphics. The organization took shape in the midst of the Chicano Movement and has continued to bridge art, identity and civil rights with an emphasis on Latinx artists and communities. There’s a long history of social commentary and activism at SHG, but that might be more pronounced in the midst of the Trump era.

The gallery’s current exhibition, Utopia/Dystopia, on view through August 10, was curated by artist Miyo Stevens-Gandara, who brought together 26 artists to contribute to the group show. Each artist was given two playing cards and tasked with depicting a utopia on one card and a dystopia on the other. A number of pieces in the show directly reference the current administration and its policies towards issues like immigration and the environment. Says Avila, “I think it’s very clear where everybody’s state of mind is.”

SHG also recently partnered with Little Tokyo Service Center for activations coinciding with a rally at Japanese American National Museum to protest the use of Fort Sill, where Japanese-Americans were held during World War II, to detain migrant youth. “We felt like it was important to be there to support,” says Avila, “especially as the Little Tokyo community was rallying in support of the community that Self Help Graphics exists to serve.”

While education through art is certainly part of SHG’s recent activations, it’s not the sole purpose. Avila stresses that building community is hugely important. “I think it’s also about creating space for people deal with and digest what’s happening,” she says. “I think that Self Help Graphics is all about that creative community building.”