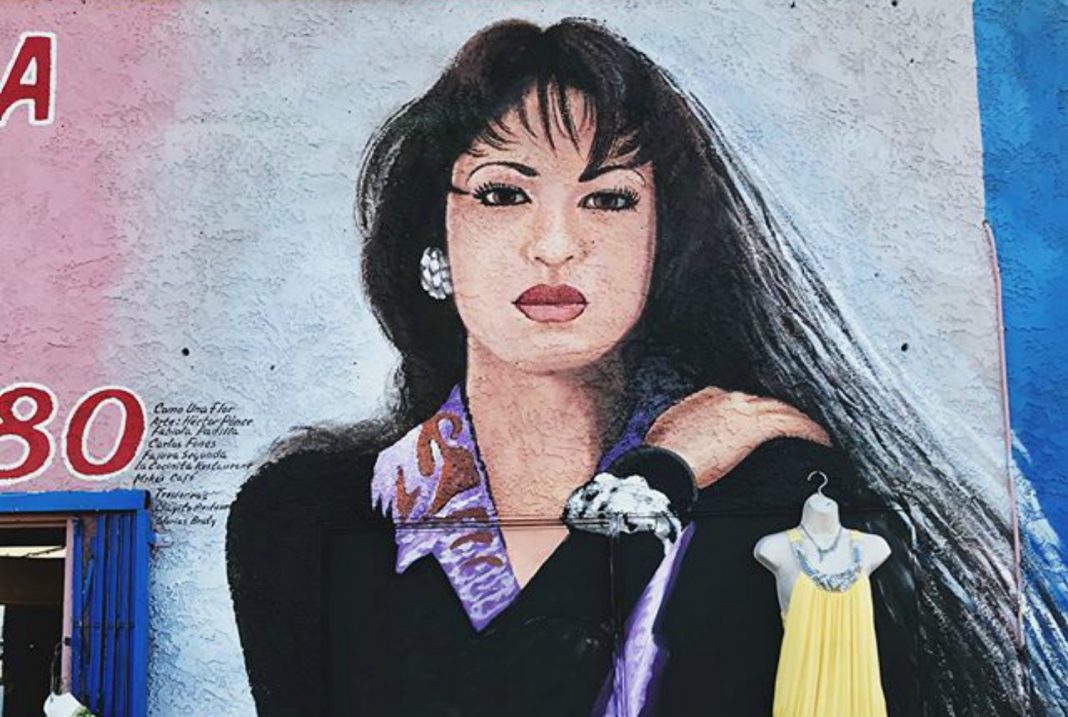 The Queen of Tejano, Selena Quintanilla, may not have been a Los Angeles native but that’s part of what makes her special—her ability to touch the lives of people well beyond her hometown of Corpus Christi, Texas.

It’s been more than two decades since her 1995 murder, but Selena’s legacy lives on through fan gatherings, tribute acts, screenings of her namesake movie, and murals around the country and around the world. Last year, Mayor Garcetti proclaimed that November 3 is officially Selena Day, so it’s no wonder the Chicana legend is well represented on walls throughout the city.

And because #AnythingForSelenas, we rounded up all the murals we could find around L.A. for you to celebrate her legacy (and pose for the ‘gram).

At the corner of Echo Park Avenue and Sunset Boulevard, on the wall outside Echo Park Fashion, you’ll find a three-in-one IG opportunity with a mural of Selena, Frida Kahlo, and Dolores Huerta, signed by artists @hengone and @la_steez.

L.A.’s Eastside seems to be full of the best Selena murals around, so here’s another one while you’re in Boyle Heights—it’s right outside Ray & Roy’s Market.

Create your own fotos y recuerdos in front of this mural of the Queen of Tejano, at Plaza de La Raza in Lincoln Heights.

Next time you’re in South Central Los Angeles, take a photo in front of a massive and doll-like version of Selena by Latina graffiti artist Sand One.

Ever find yourself deep in the San Fernando Valley? You have to check out the stretch of Van Nuys Boulevard that’s sprinkled with vibrant murals of everyone from Danny Trejo to Ritchie Valens—and Selena herself.

RELATED: Where to Find L.A.’s Most Instagrammed Walls IRL

Netflix Found a Selena for Its Series About the Tejano Queen