Home Music A Mysterious Selena-Themed Cruise Is Setting Sail Out of L.A. in 2020 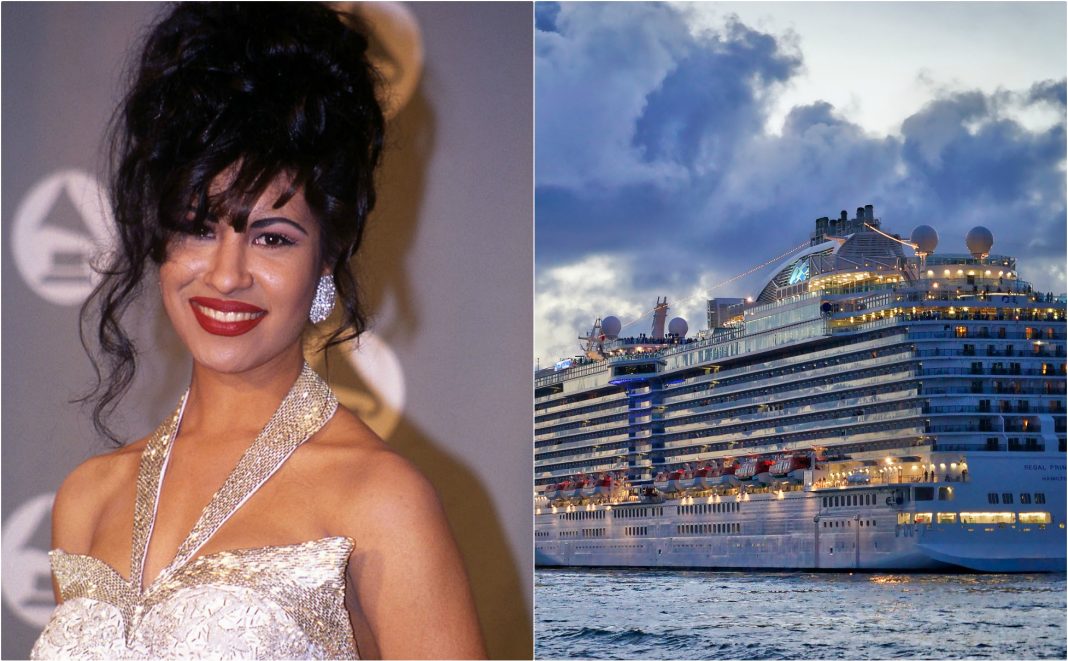 In recent years, fans of Selena Quintanilla have immortalized the late Queen of Tejano by painting murals, organizing festivals dedicated to her memory, petitioning for a star on the Hollywood Walk of Fame—there’s even a Netflix series about her in the works. Now diehards will be able to hop on a ship and set sail all in the name of Selena with a themed cruise called Dreaming of You 25: The Como La Flor Cruise, scheduled for next year.

According to its website, the cruise will run from September 25 through 29, and will sail out of L.A. to Ensenada, Mexico.

The late singer’s former husband and guitarist of Selena y los Dinos, Chris Perez, will also be performing on the cruise with Grupo Metal. He even confirmed it with a comment on an Instagram post.

The Como La Flor cruise will kick off with a party and a “surprise special guest.” Other performances you can expect, according to the cruise website, are L.A.-based Selena cover band Selenamos, The Como La Flor Band, J.R. Gomez who is part of music group Kumbia All Starz and others. Prices for tickets to the Selena-themed cruise ship range from $750.00 to $2,800.00 (more on that here).

By now you might be wondering whether it’s all too good to be true (or maybe that was just me).

According to the Corpus Christi Caller Times, the “Selena Tribute Cruise” changed its name to “Como La Flor Cruise” in a matter of days. They also reported that an organizer of the cruise, who chose to remain anonymous, told them “the cruise is being put on by a travel agency that has a ‘host agency’ in Jacksonville, Florida [but] declined to name the travel agencies, and said they work with 5,000 agencies nationwide.”

The Caller-Times also points out that there is no physical address listed on the website. Those interested in purchasing tickets to the cruise only have a contact form, a Gmail address, and a mobile phone number with a Las Vegas area code to refer to.

Ultimately, the Caller-Times wasn’t able to confirm who is organizing the cruise. The Quintanilla family also told the paper that the cruise has “nothing to do with us.”

Here’s hoping this isn’t Fyre Fest at sea—guess we’ll have to wait and see when the first batch of Selena fans set sail.

Netflix Found a Selena for Its Series About the Tejano Queen

7 Selena Murals Around L.A. That Make Our Hearts Sing