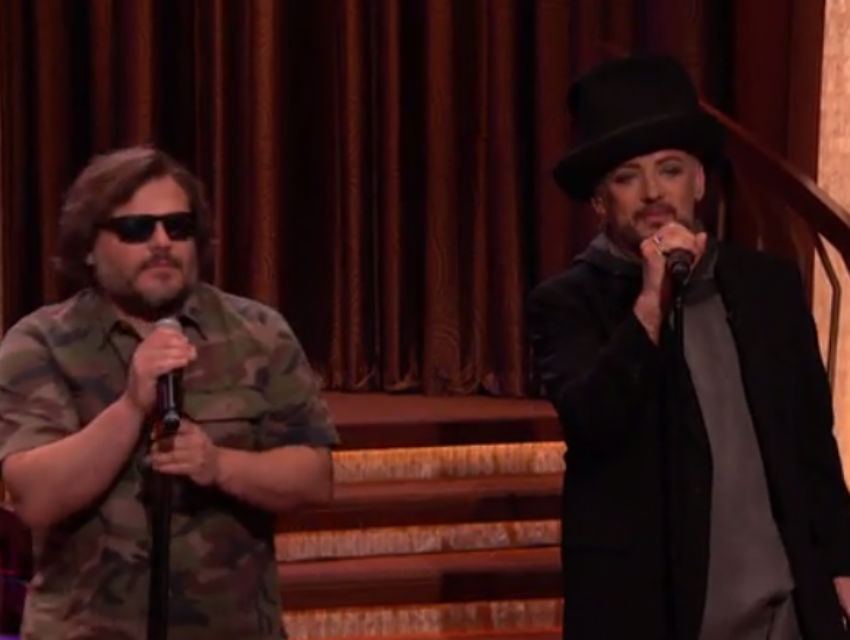 “I never really got past the ’70s. the Stones, the Beatles, the Doors,” British ’80s pop icon Boy George told Conan O’Brien on the latter’s show last night. The host was somewhat baffled that George cites ’60s psychedelic rock pioneers The Doors as a major influence, but that changed after O’Brien’s previous guest, Jack Black, cut into the interview. Finding common ground in their admiration for Doors frontman Jim Morrison’s signature yell, Conan finally dared Black and George to perform a Doors-cover live. This was, of course, the plan all along, as Doors guitarist, 69-year-old Robby Krieger, materialized on stage right as Black and George got going.

The three went on to perform an excellent cover of the classic Doors tune “Hello I love You” backed by the Basic Cable Band house orchestra. Check out the whole segment below.