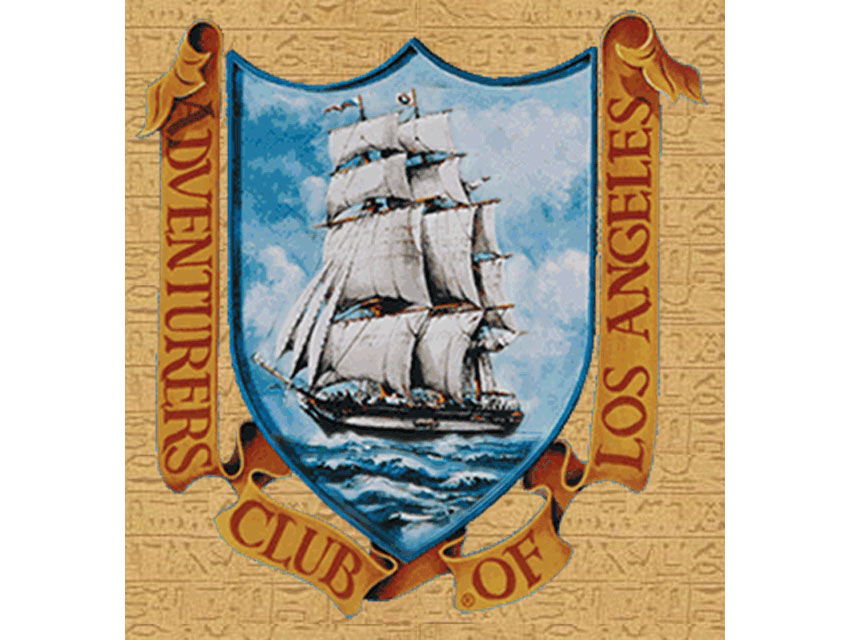 Salon of the Spiritually Creative Life
Degree of difficulty: one knock
In 1979, Case Study House architects Conrad Buff and Donald Hensman designed a striking home near the Arroyo Seco riverbed in Pasadena for writer Carol Soucek King and her husband, Richard. The pair host many events, including a long-running salon for the creative community. The gathering was a favorite of Ray Bradbury and attracts notables. > carolsoucekking.com.

XYZ Club
Degree of difficulty: two knocks
With the neon marquee out front, Velaslavasay Panorama looks like the theater it once was. But the space inside is a geek’s dream. Members of the Enthusiasts’ Society attend seminars and films celebrating offbeat culture. They are also invited to dinners and discussions on eclectic topics, ranging from the art of Indian classical dance to the phenomenon of ring around the collar. > panoramaonview.org.

Adventurers’ Club of Los Angeles
Degree of difficulty: three knocks
Above a furniture repair shop and check-cashing joint is a true gentlemen’s club—a fraternal home of explorers, sailors, and hunters who trade stories of travel and conquests, with taxidermy animals their only witnesses. Members can invite male guests, but this throwback crowd has a strict no-dames policy, save for a monthly ladies’ night. > 2433 N. Broadway, Lincoln Heights.

Brookledge Theater
Degree of difficulty: four knocks
If you think the Magic Castle is tough to get into, try the private home of its founders, the Larsen family. In the backyard of their Hancock Park estate is a vaudeville-style stage where magicians, musicians, and comedians perform for their famous pals (we spotted Paul Reubens there). Attendance is by invitation only, but occasionally tickets are offered online. > brookledgefollies.com.

Irene Larsen, Co-Founder of the Magic Castle, Has Passed Away

See the Thrilling View from L.A.’s Most Adrenaline-Filled Instagram Feed