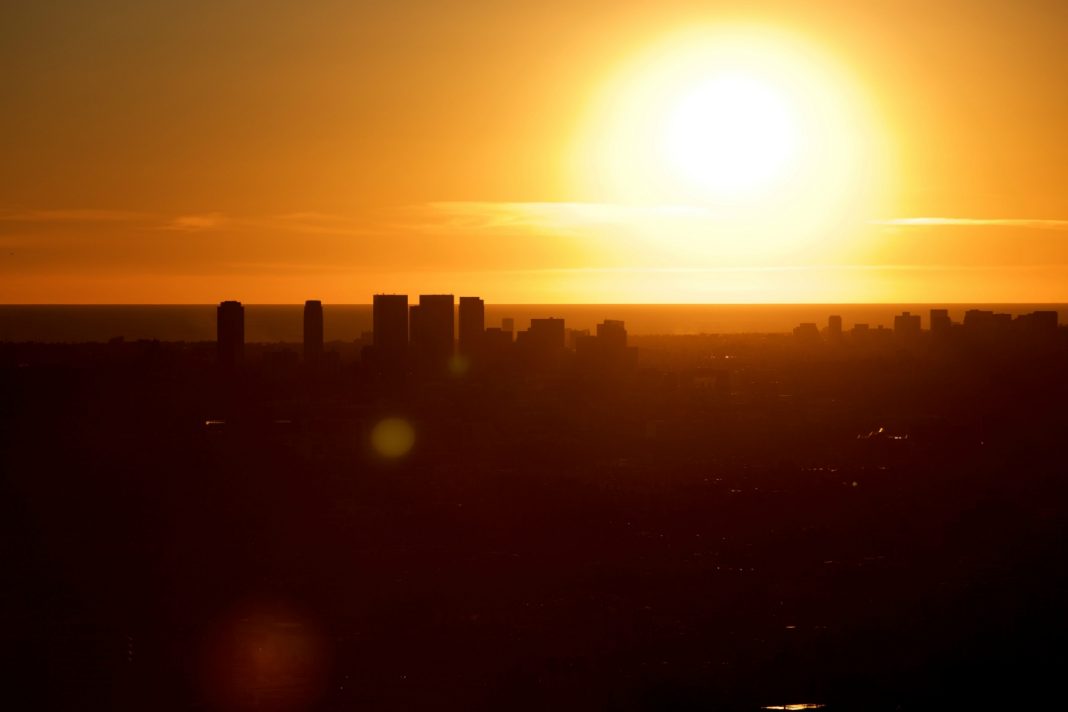 In addition to writing the magazine’s profile of Gustavo Dudamel in the August issue, Timberg penned the essay excerpted below, about his affection for, and ambivalent relationship with, his adopted city.

A memorial is scheduled for 11 a.m. Tuesday at All Saints Church in Pasadena, and a  GoFundMe campaign has been started to benefit Timberg’s wife and son.

Read the essay in its entirety here.

Remember that bittersweet feeling, halfway between queasy and liberating, when you’ve decided you’re going to break up with someone but don’t know when, where, or how you’ll pull the trigger? Someone, that is, with whom you still share a connection but can no longer abide? I’ve lived with this weird ambiguity for almost a decade now. And I’m not talking about dumping my wife.

Each spring, sometime around when the magnolias on my street start to bloom and the elaborate flare of jacarandas, it happens: The Hollywood Bowl summer schedule comes out, the local soccer league announces sign-ups for the fall season, and universities look for commitments from teachers for the next term. Like my landlord’s annual query about whether my wife, young son, and I will be staying in our rented cottage for another year, these all require us to figure out how much longer my family and I will be in Los Angeles.

We’ve been this way for years, existing here psychologically from month to month. As the world’s economy shuddered in the fall of 2008, I lost my job as a writer-reporter covering books and authors at the Los Angeles Times. The relentlessness of the cutting was amazing: Not only were my two closest colleagues at the paper executed the same day, a favorite editor who took me for a consoling lunch at Musso & Frank was himself eviscerated a few months later. As my profession foundered and wages fell, even working full time as a freelancer earned me so little, I lost my house in 2011. The “recovery”—a period during which middle-class wealth actually declined—had sent rents up. Way up. By the time a sympathetic landlord took a chance, renting us a cottage in Burbank, the monthly tithe had nearly doubled since I’d last been in the game.

We’re not unique. For many of us in Los Angeles—a metropolitan area that 57 percent of Angelenos can’t afford to live in, according to a recent study—this is a city from which we are constantly on the brink of slipping away. Average rent in L.A. is $2,550 for a two-bedroom apartment. In fact, the disparity between wages and market prices here is the worst in the country, nastier than in New York City or the Bay Area, and it’s become the toughest American city in which to buy a house. It’s easy to forget now, as gaggles of tourists cross Hollywood Boulevard and Eastside neighborhoods carve themselves up into luxury condos and small-plates restaurants, but Los Angeles and California were hit especially hard by the Great Recession, and the damage lingered longer than almost anywhere else. L.A. County’s unemployment rate was up around 12 and 13 percent for years, and along the way hundreds of thousands dropped out of the labor force entirely.

The economic contraction affected people at all levels, of course, from immigrant construction workers to board-certified doctors. Journalists like me were already reeling from the changes in reading habits wrought by the Internet. But the recession only made things worse, hastening my own layoff while rippling through the terrain of artists, novelists, and actors I’d made a living writing about for decades.

Over the last four years I’ve met an animator whose mental health deteriorated after a painful layoff, architects whose design firm (and marriage) became collateral damage, an accomplished musician and much-published poet who lived out of a van he parked under Silver Lake streetlights. My best friend in L.A., a landscape painter who lived with his wife and son in a tiny Craftsman in Venice—a hub for artists in the ’60s and still an affordable neighborhood when they arrived in 1998—saw his collector base, and income, collapse soon after Lehman Brothers tanked. There are scores of others with similar stories.

Some have remained, but many have left for jobs or reasonable rents they can’t find in L.A. For those of us who’ve stayed to continue the struggle, life here feels distinctly temporary. There are layers of significance in going to California and especially in moving to Los Angeles. But what’s the meaning of leaving?