Home Film A Bunch of Cool Sci-Fi Artifacts Are Going Up for Auction in... 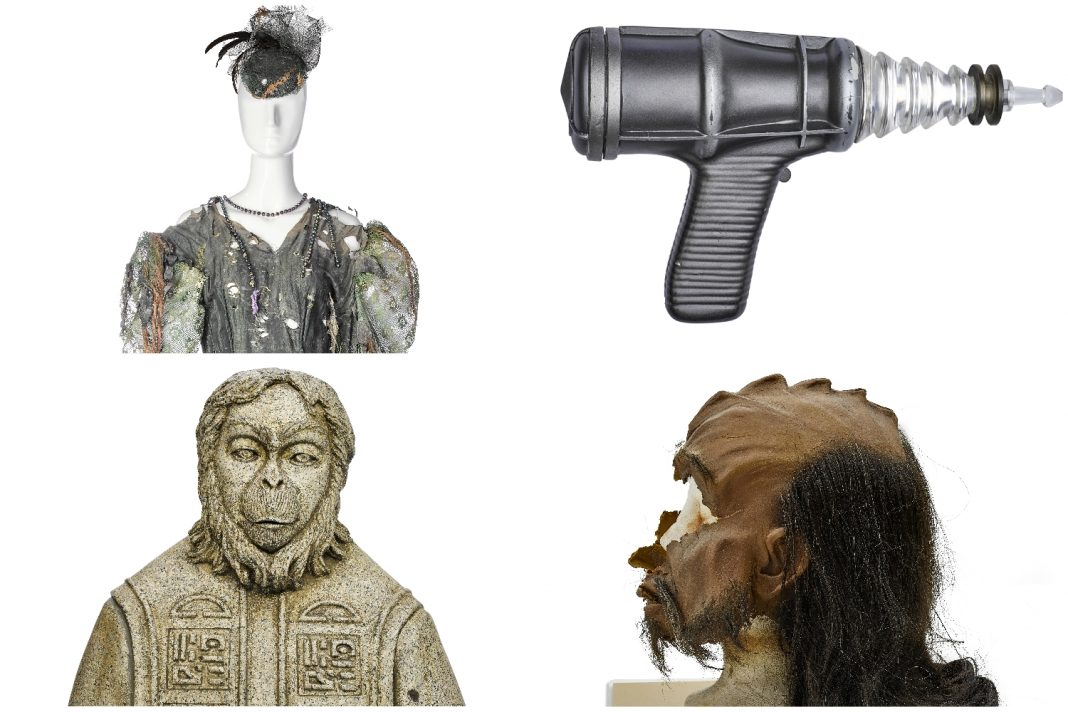 Bonhams in Beverly Hills is showing off an epic collection of science fiction and fantasy movie memorabilia this weekend in advance of its auction TCM Presents…Wonders of the Galaxy auction on Tuesday. Many of the 200 items, which range from silent movie posters to iconic props, came from the collection of W.E. “Wes” Shank, a longtime collector from Pennsylvania who passed away last year. Shank got the bug when he visited the filming locations of The Blob as a teenager, and talked the director into selling him five gallons of the red silicone star of the movie. Here are some of our favorite items in the sale, and their astronomical auction estimates. 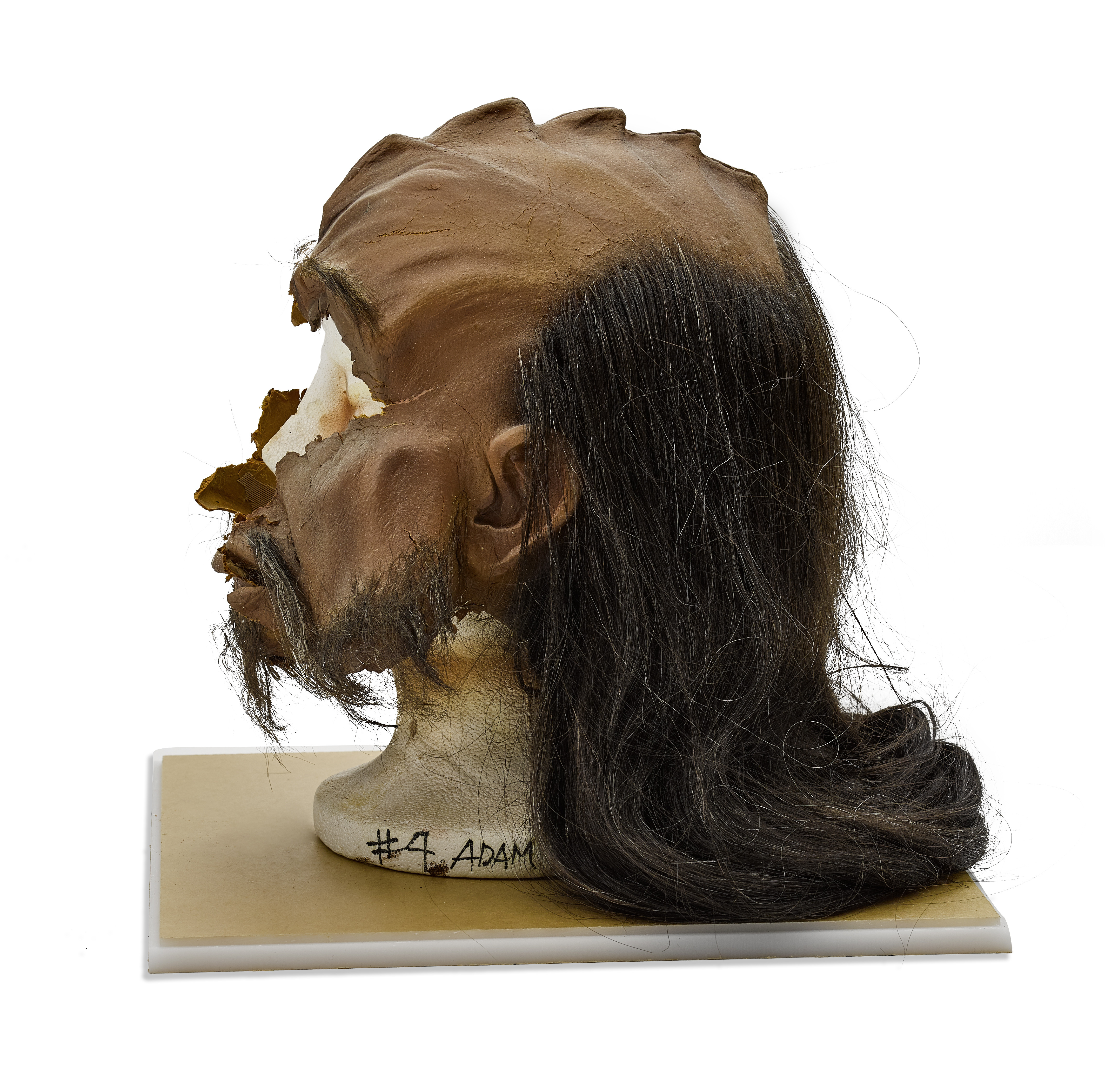 The head, hair, and beard of captain Kirk’s worst enemy (unless they can make that peace agreement!) might be yours for the cost of a nice bottle of wine. The sixth and final film starring the original TV cast was nominated for an Academy Award for best makeup. 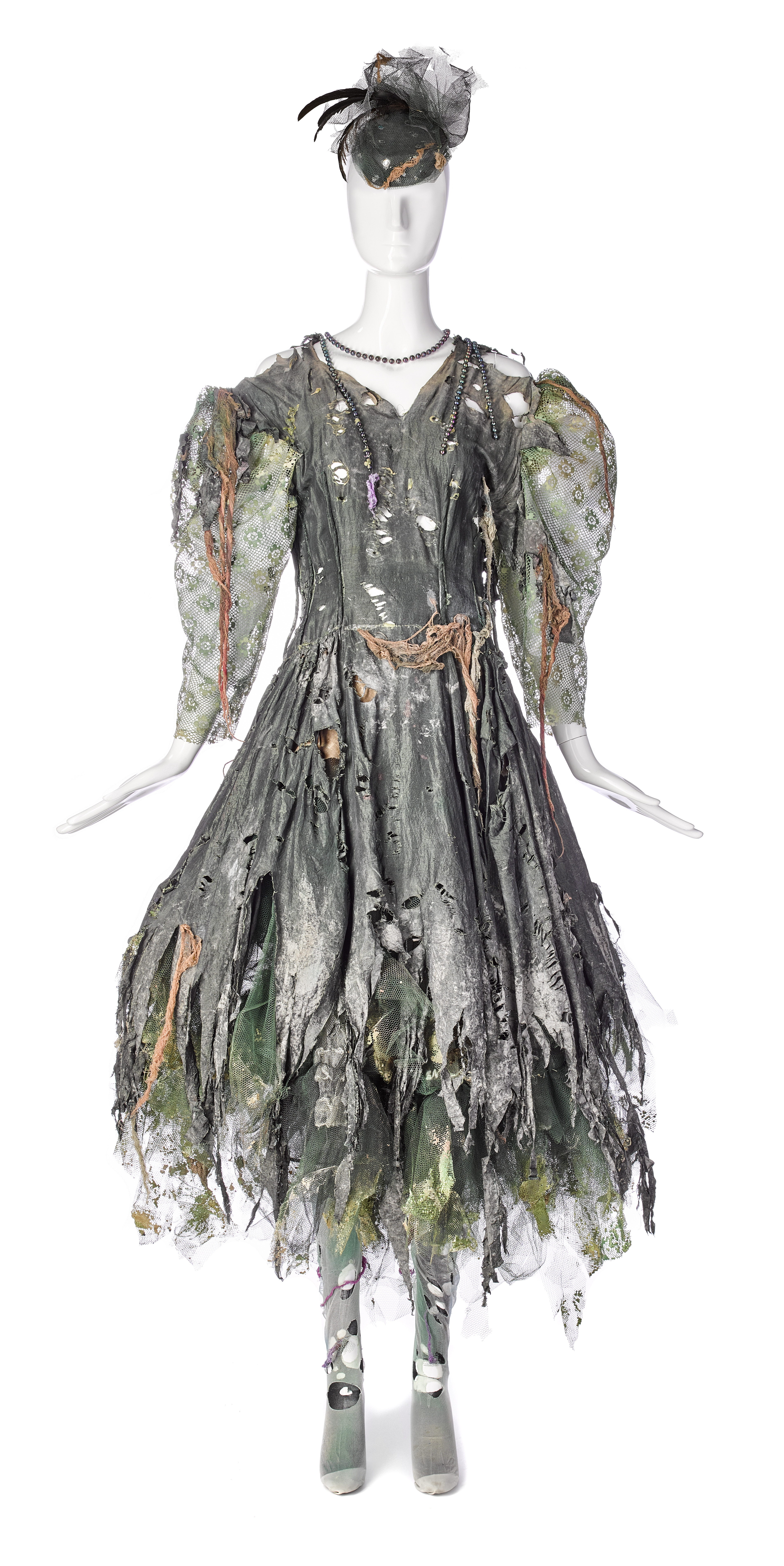 This 92-year-old mini poster is one of the few remaining artifacts from the most famous lost movie of all time. The last known print of the Lon Chaney horror was destroyed in a 1965 MGM film vault fire. 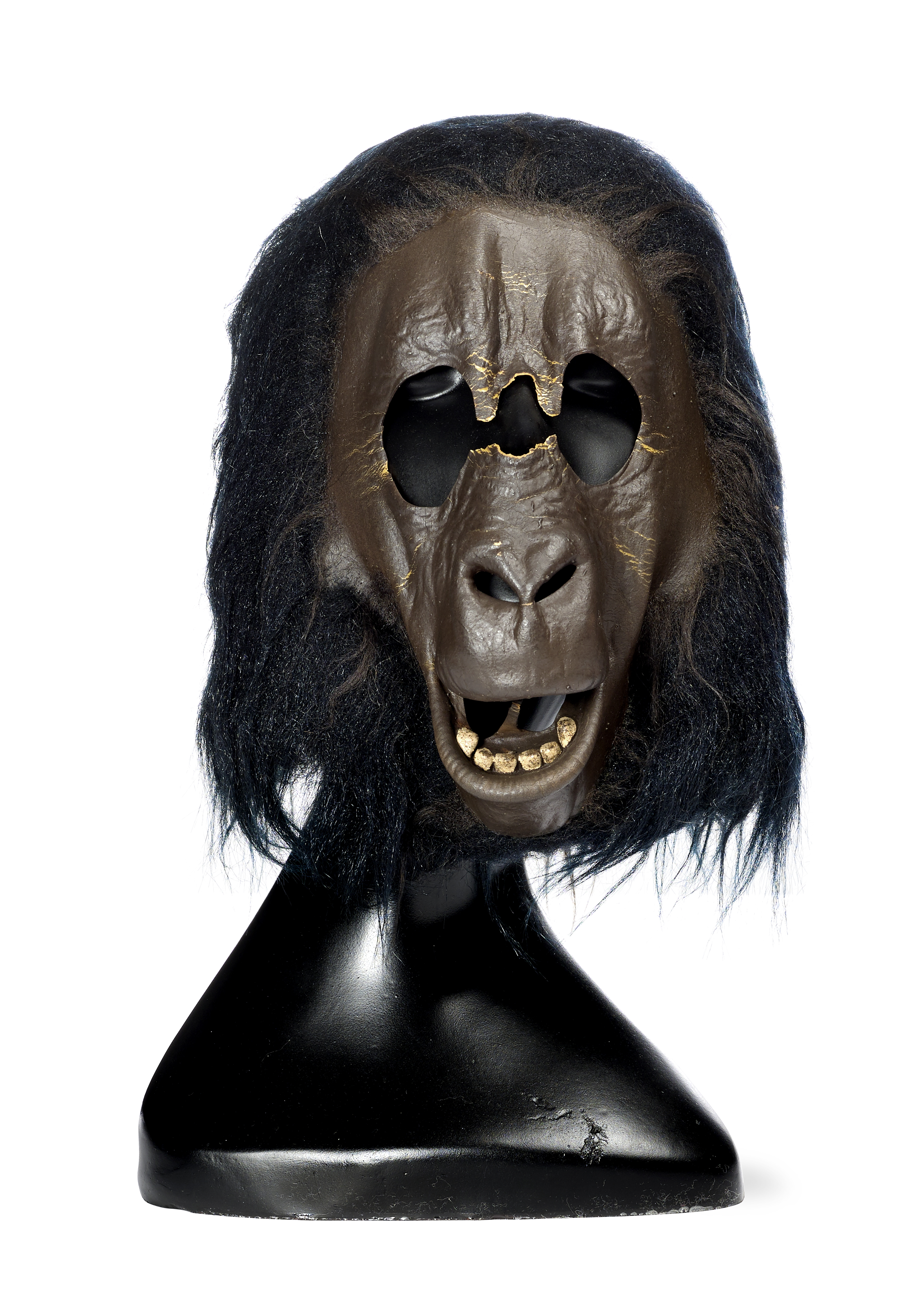 We all know Cornelius and Doctor Zaius, but countless unnamed simians populated the confines of Ape City, and one of them wore this mask. Seventy-eight makeup artists were employed on the film, and lead artist John Chambers won an Honorary Academy Award for Outstanding Achievement in Makeup. 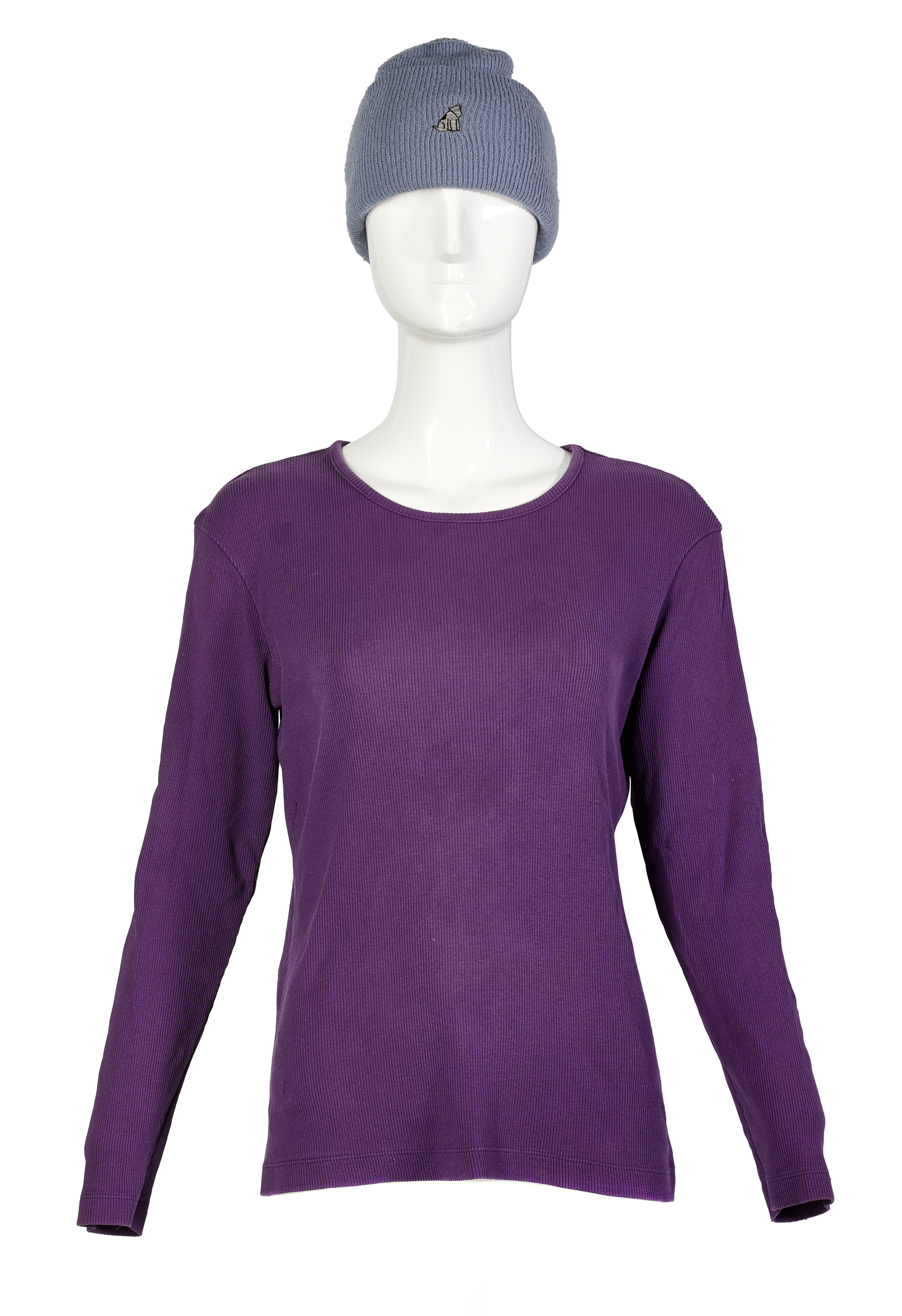 The star of the 1999 indie hit kept the knit cap and Gap shirt for 20 years after the infamous “found footage” movie wrapped. The low-budget film grossed more than $250 million dollars. 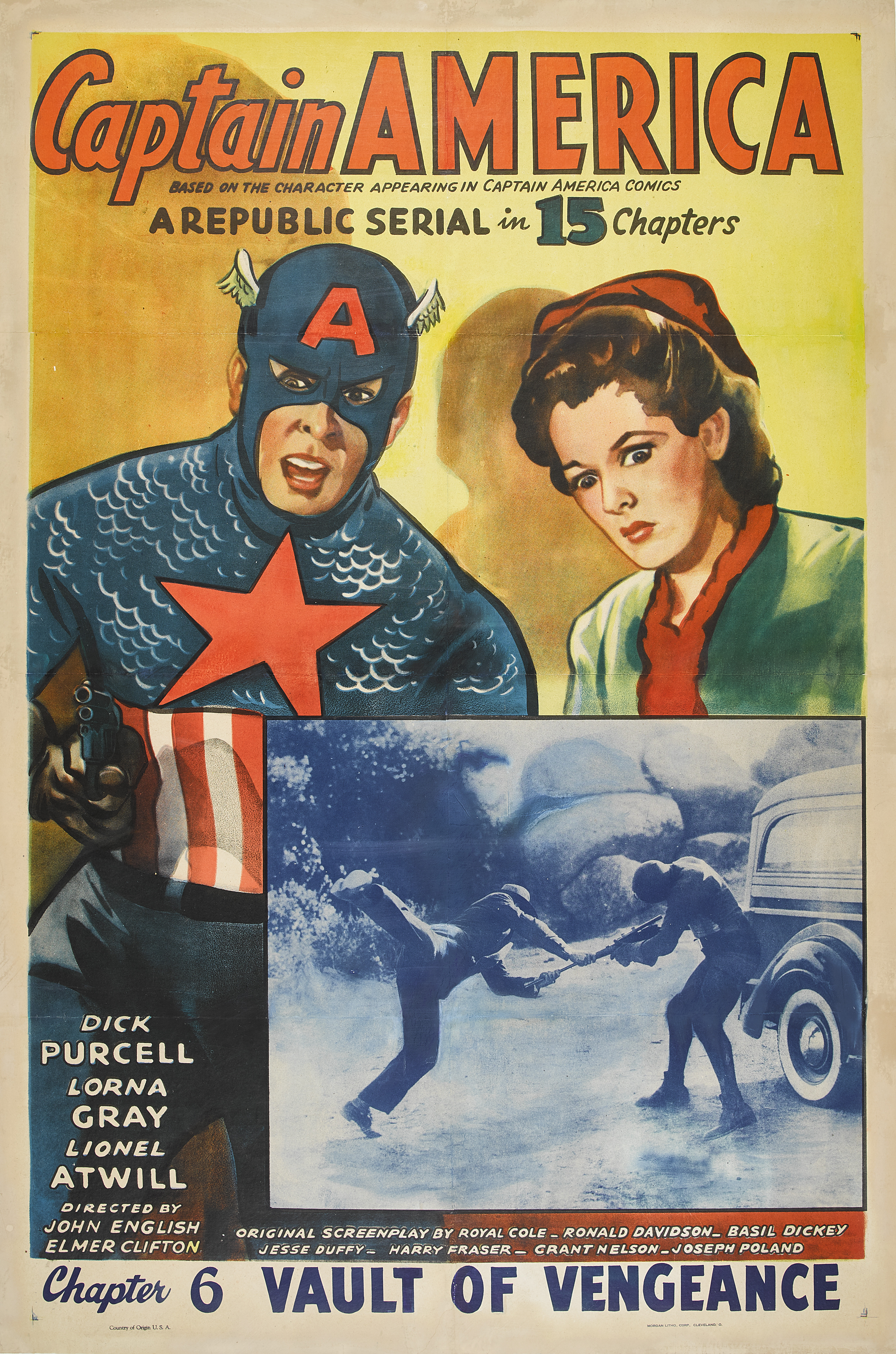 Before Chris Evans reimagined him for The Avengers, Captain America was a staple of movie serials. This one, from 1944, had Cap fighting off a gangster while protecting his secret identity. 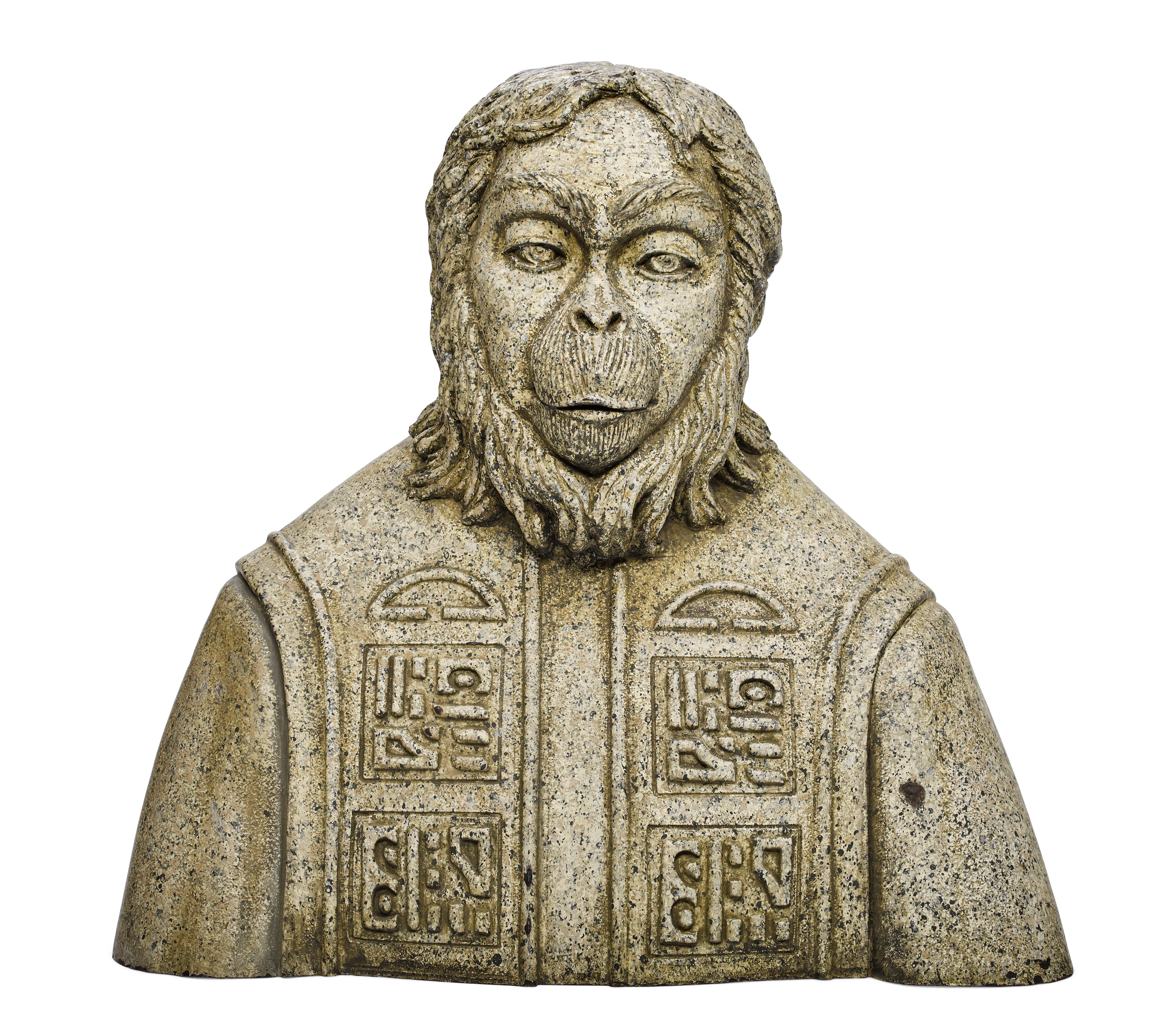 Shank purchased this likeness of the orangutan prophet deity at an auction of 20th Century Fox’s treasures in 1971. It sat on a courtroom table behind Charlton Heston, Roddy McDowell, and Kim Hunter in the film. 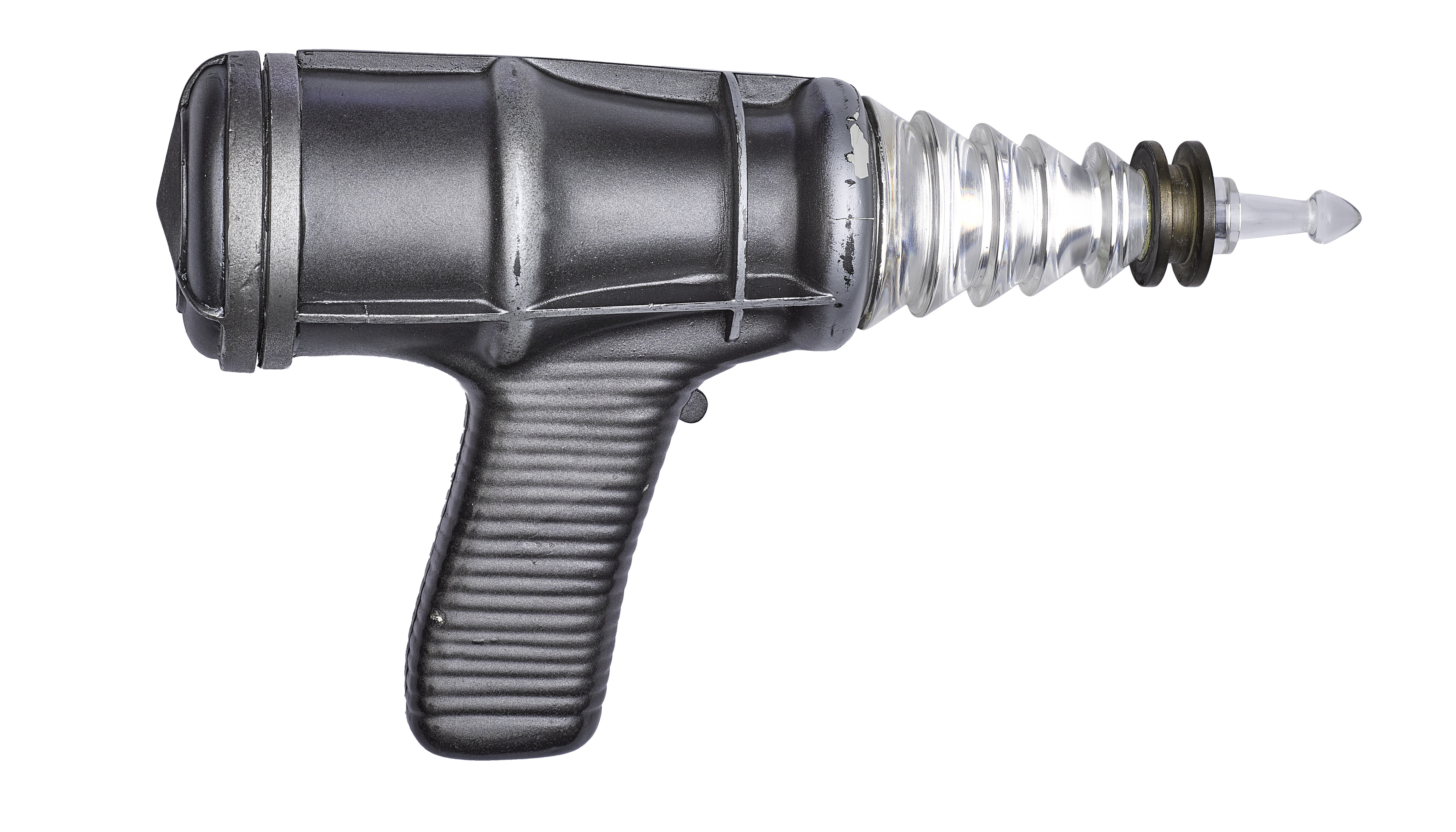 Nothing screams 1950s sci-fi more than Forbidden Planet, and there is no more iconic artifact from the movie than these blasters. OK, maybe Robby the Robot, but he’s not up for auction today. 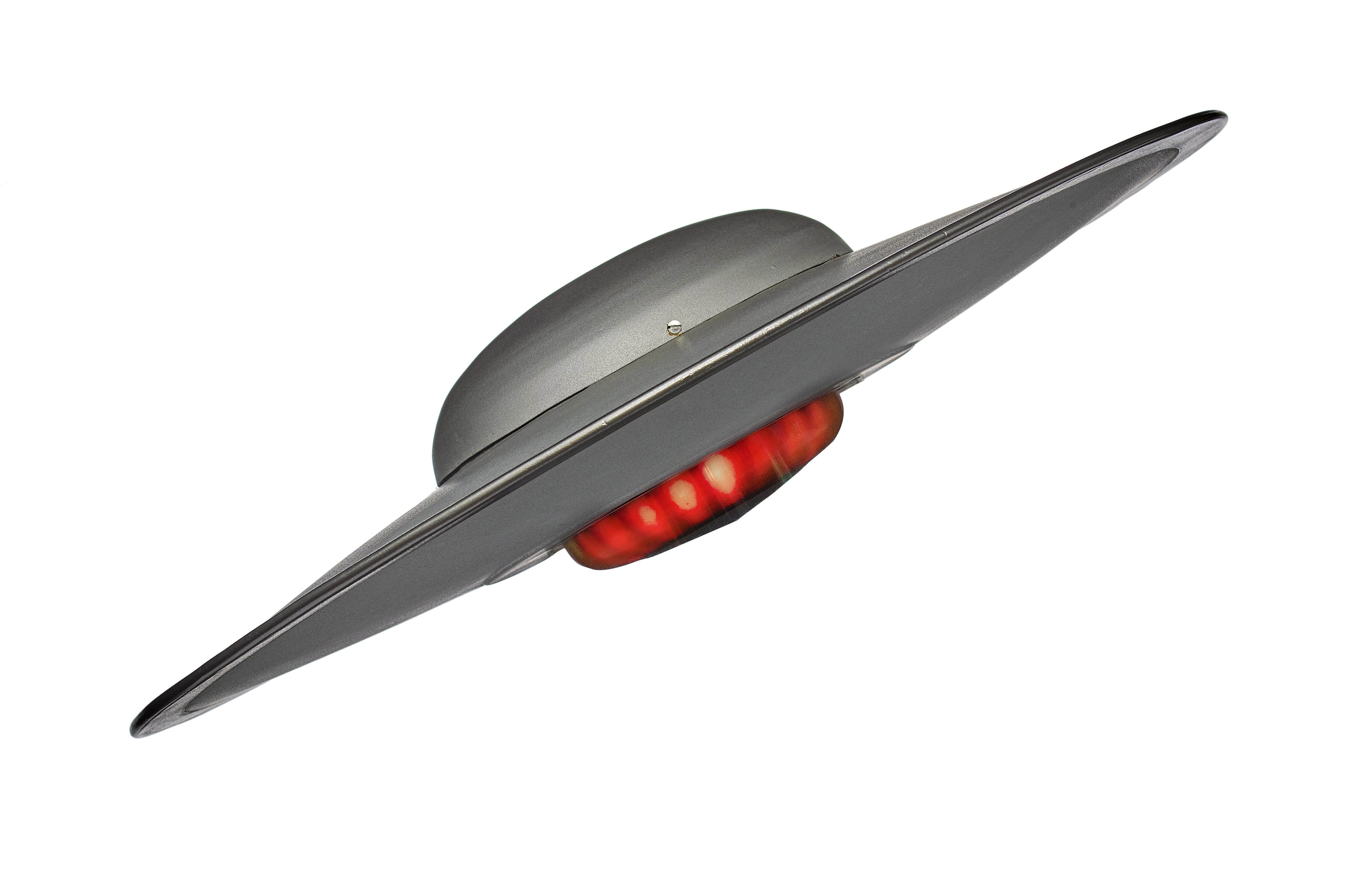 Wait, I take it all back. Those guns are formidable, but this is the outtasight awesome amazing flying saucer itself! This is how Leslie Nielsen and the gang arrived on the forbidden planet to begin with. This profound piece of sci-fi art not only influenced generations of movie space vehicles, its design was drawn from actual reports of 1950s UFO sightings. 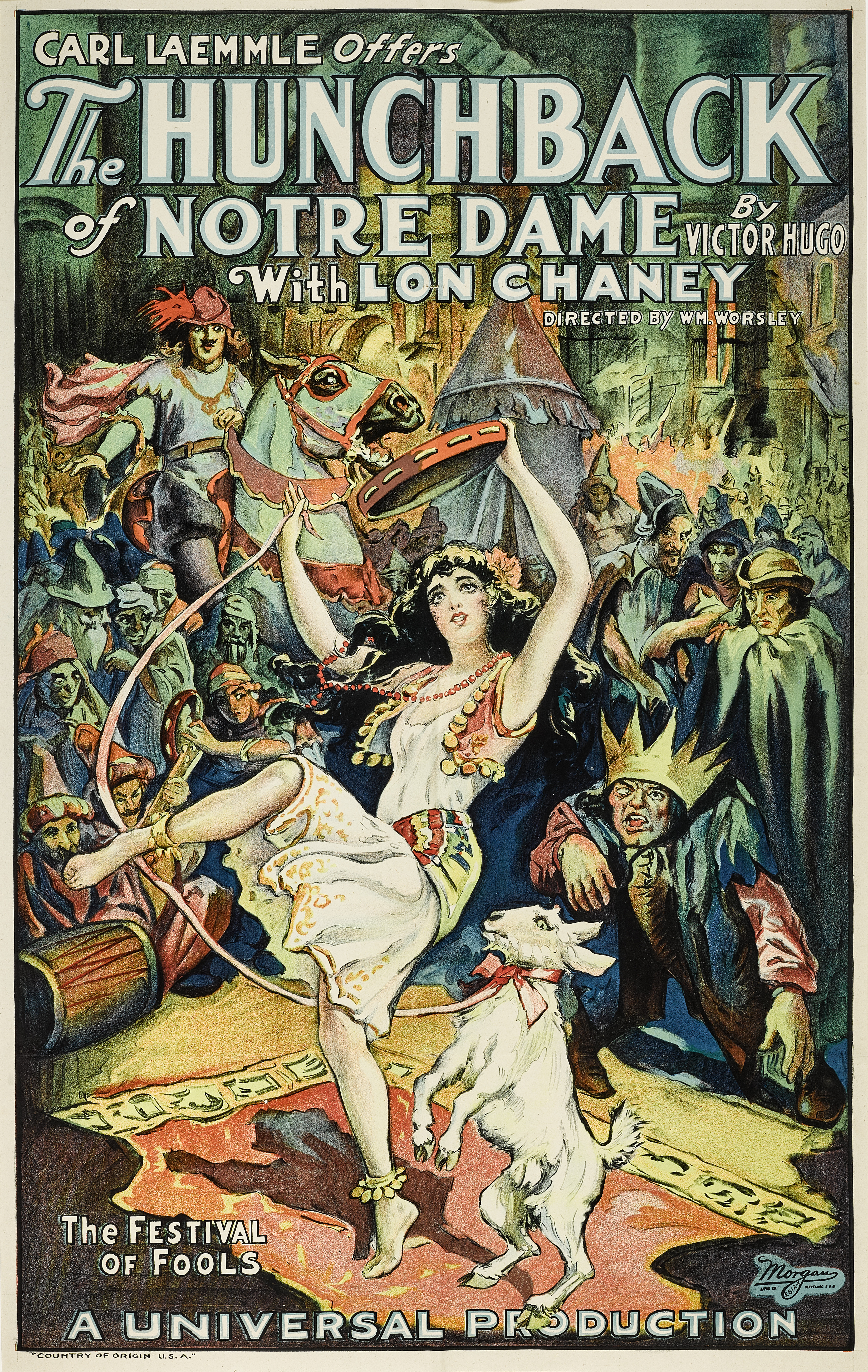 Generations before the Disney version, this 1923 silent captured audiences with the story of Quasimodo and Esmeralda. This rare, original one-sheet shows her dancing at the Festival of Fools.