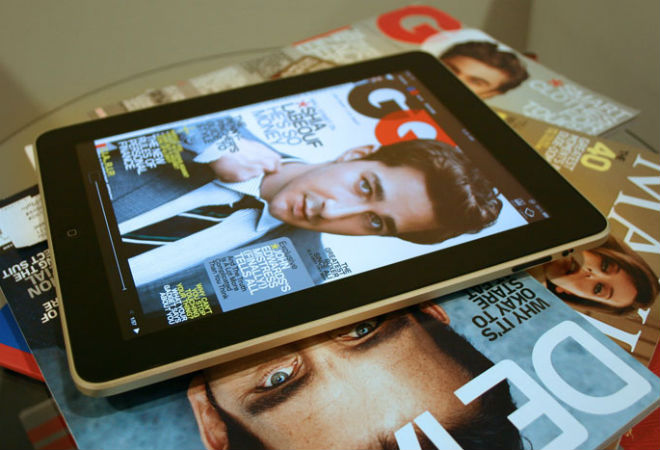 Curl up on the couch with your tablet or laptop and soak up a few September stories worth bookmarking.

Tomato Can Blues by Mary Pilon with illustrations by Attila Futaki
Mary Pilon’s New York Times piece explores the world of underground cage fighting through the story of Michigan “tomato can” fighter Charlie Rowan. (“Knock a tomato can over, and red stuff spills out.”) Faced with mounting debts, he decides to fake his own death. It doesn’t go as planned.
What It’s Not: Traditional investigative journalism
What It Is: A strikingly illustrated with comic book frames by Attila Fukati.
Bonus: You can also listen to Bobby Cannavale, who recently won an Emmy for his stint as psychotic mobster Gyp Rosetti on Boardwalk Empire, read the story.

Electronic Dance Music’s Love Affair with Ecstasy: A History by P. Nash Jenkins
Over Labor Day weekend, four people died after taking “molly,” a drug that’s popular on the club scene. P. Nash Jenkins’s exhaustively researched piece traces the long romance between the world of electronic dance music (EDM) and the various permutations of the drug MDMA. “What happens,” Jenkins writes, “when an ethos built around a drug collapses, yet people keep getting high?”
Gospel: “When God saw that people, instead of turning to God, were turning to the medicine cabinet, God made himself available in the medicine cabinet.”
Blasphemy: “Illegal manufacturers, they say, have few qualms about cutting their product with other cheaper chemicals ranging from ADHD medications to Piperazine, a chemical compound used to treat heartworm in dogs.”

The Iron Pipe of Swedish Neo Fascism by Daniel Strand
Known for its progressive social policy, Sweden is a country so liberal that it recently introduced gender-neutral pronouns in kindergartens. How did an ultra right wing organization known for its Nazi sympathies and use of violence end up in parliament? In Vice, Daniel Strand traces the rise to power of the Sweden Democrats party.
The Spin: “The Sweden Democrats strategically presented themselves as invandringskritisk (immigration critical) and socially conservative rather than explicitly fascist.”
The Reality: “A cell-phone video showed [several] Sweden Dems […] attacking and kicking an anonymous man on the street outside the fast-food restaurant.”

Experimenting on Faith: Ryan McIlvain’s Elders by Lisa Locascio
In her review of Ryan McIlvain’s novel Elders, which follows the travails of two unhappy missionaries in a fictional Brazilian city, Lisa Locascio spins a compelling personal essay about faith, the Mormon church in pop culture, and her complicated feelings about religion. “Like so many bookish suburbanites before me,” she writes, “I tried Wicca, sending away to Vermont for wands and constructing an altar of heirlooms in my bedroom.”
Points of Entry: Flannery O’Connor, Big Love, The Book of Mormon.
Holy Vocab: McIlvain’s novel exposes readers to Mormon missionary terminology such as “golden” (a receptive potential convert) and “P-Day,” (Preparation Day, a missionary’s weekly day off).

Poison Tree: A letter to Niko Bellic about Grand Theft Auto V by Tom Bissell
If you don’t know Niko Bellic, you’re probably not a diehard gamer. Bellic is the fictional antihero of Rockstar Games’s Grand Theft Auto IV. To celebrate the release of GTA V, Grantland’s Tom Bissell addresses the game’s moral issues in an openhearted and humorous letter to Niko that questions GTA’s love of violence, stupidity, and misogyny.
Pop Quiz: $1 billion is A) the approximate GDP of Mongolia or B) the revenue GTA V made in the first 72 hours of its release? Answer: both.
Lightbulb Moment: “Almost everyone I know who loves video games—myself included—is broken in some fundamental way.”
Truth: “GTA is basically the most elaborate asshole simulation system ever devised.”

CrossFit’s Dirty Little Secret by Eric Robertson
Author Eric Robertson, a professor of physical therapy at Regis University, explores rhabdomyolysis a condition that’s rare in the general population but well known in the intense culture of CrossFit. “Rhabdo,” as its known, occurs when extreme exercise causes muscle cells to leak, overwhelming the kidneys with dangerous myoglobin proteins. A personal trainer explains how her arms swelled “into plump hotdogs of ache and regret” after a particularly intense exercise session.
The Good: CrossFit even has a cutesy cartoon mascot for the affliction: Uncle Rhabdo.
The Bad: “Under extreme conditions your muscles’ cells explode.”
The Ugly: “Ladies, in my professional opinion, it is okay to pee during double unders,” says one crazed CrossFit gynecologist.

Four Long Reads to Get You Through the Four-Day Weekend