Home TV A Local Woman Is Staging a Hunger Strike Until Netflix Renews ‘The... 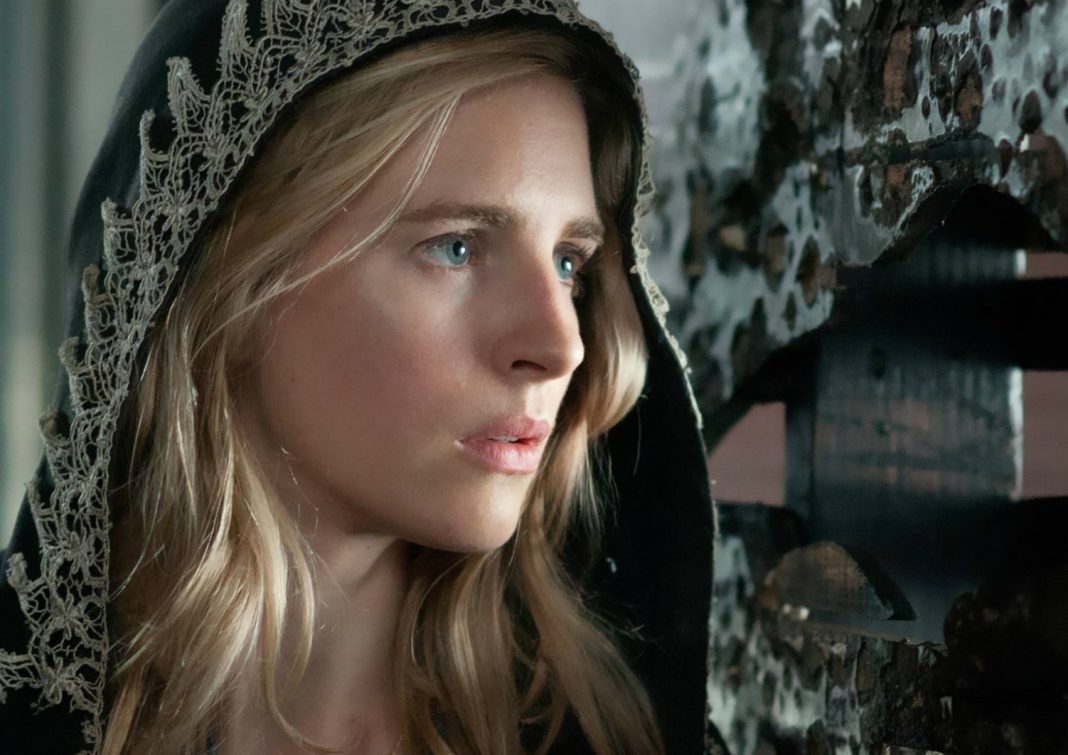 It’s been nine days without food for Emperial Young.

The L.A. native is on a hunger strike—minus water and Gatorade—until Netflix either renews its original series The OA or releases the contract explaining when and how the show can move to another network.

Young describes The OA as a “mystery box” show like Lost. “Unlike Lost, the show creator has actually had a concrete plan and the mysteries are explained as the show explores further,” she says.

Young didn’t discover the show until season two was already done. But once she did, she binged the entire series in a week and when Netflix announced August 5 that the show was canceled, Young and other fans thought it was a hoax.

But it wasn’t. So on August 15, Young went to the Dollar Store, bought a poster board, and went to Netflix’s offices on Sunset to protest. She says Netflix didn’t notice, but passersby did.

Update on the continuing protest to #SaveTheOA.

This morning, the flowers and chalk on the sidewalk were gone. Might have been the city, or @Netflix trying to erase any trace of us. (Care to comment, N?)

I will not be erased. I will stand on this corner for as long as it takes. pic.twitter.com/dCd3FACYQm

“People took my picture just standing on the street corner as they were driving down Sunset Boulevard, which please, keep your eyes on the road, everyone,” she says. “Pedestrians walking by, cyclists, people took note of me and I didn’t really expect that because this is Los Angeles and we have a huge homeless population and there are a lot of people with signs on street corners who get no attention whatsoever.”

The next day people joined her and on August 19, she began her hunger strike. After six days with no food, she did eat one meal, she confesses, but then she began the strike again. Now she’s going on nine total days.

“This was just something I decided to do, sort of an apropos of nothing,” she says. “There was no motivation to it. I really admire the organized efforts, but for me personally, I just act on my own behalf and do what feels right for me.”

The organized efforts are strong. Fans have taken to social media with the hashtag #SaveTheOA and Brandon Perea, who plays “French” on the show, has joined them. Reign Luloff, however, organized a fundraiser to help buy a billboard in Times Square. He says 311 people donated and they raised $5,520, which will buy a billboard on rotation for a week until September 2.

He isn’t quite sure about Young’s hunger strike, though.

“I support her protesting,” he says. “I personally am not too approving of it, but she is her own person. She can decide what she wants to do, so anything that helps the show I’m happy to support. I’m not sure if that method is exactly what I would think of, but good for her, I guess.”

Luloff wants Netflix to not only renew the show for a third season but for a fourth and fifth, too. He says he’s heard the show was proposed as a five-season arc.

For Young, she will continue to fast until Netflix does something or her health demands it.

“Because this hunger strike is a combination of not just about the TV show but also about the iniquities of capitalism and the inadequate social support structures in our country, there kind of isn’t anything more important.”

Netflix only provided a comment about the cancelation. “We are incredibly proud of the 16 mesmerizing chapters of The OA, and are grateful to Brit and Zal for sharing their audacious vision and for realizing it through their incredible artistry,” says Cindy Holland, Netflix’s vice president, original content. “We look forward to working with them again in the future, in this and perhaps many other dimensions.”