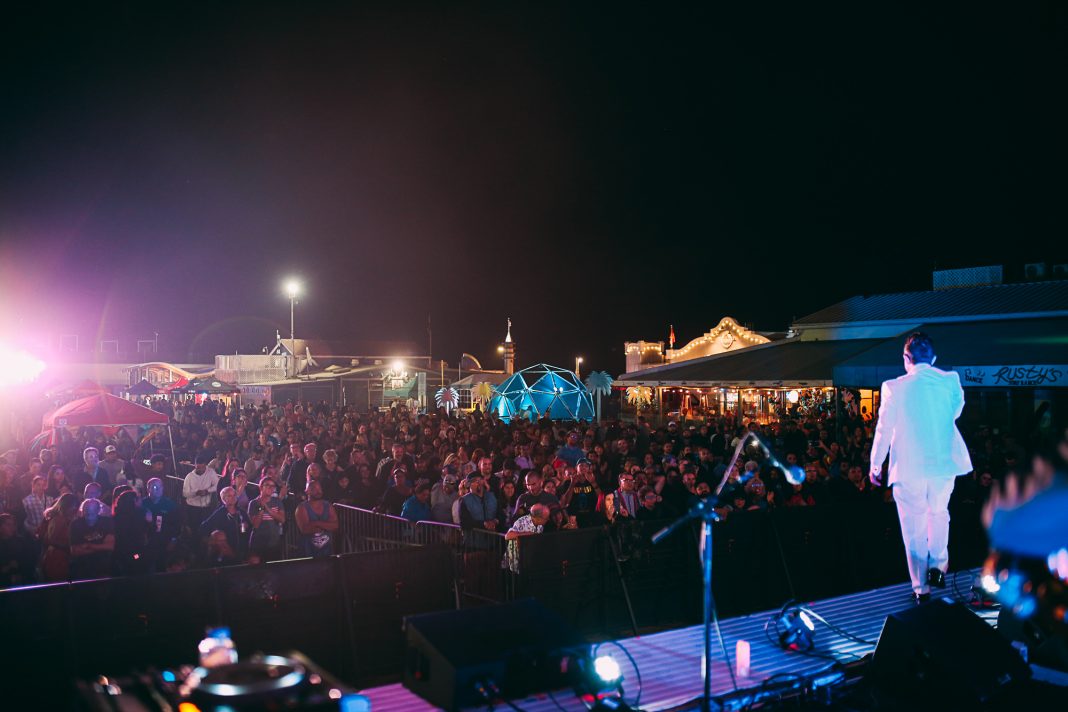 Photo: Courtesy of Twilight Concerts at the Santa Monica Pier

One of our favorite summertime traditions, the Santa Monica Pier concert series returns for 2019, promising six Wednesday nights filled with live entertainment by the beach. The events take over the entire pier, with three stages and various areas and activations to explore.

“Back in the day, people used to bring lawn chairs and park themselves in front of the main stage,” says Negin Singh, Executive Director of the Santa Monica Pier Corporation. “It’s way better if you are able to catch all three stages doing their thing.”

That includes stopping by the main stage for live music, a second space with dance-oriented acts, and a third area for comedy (the comedy area is 21+, though the rest of the spaces are open to all ages). 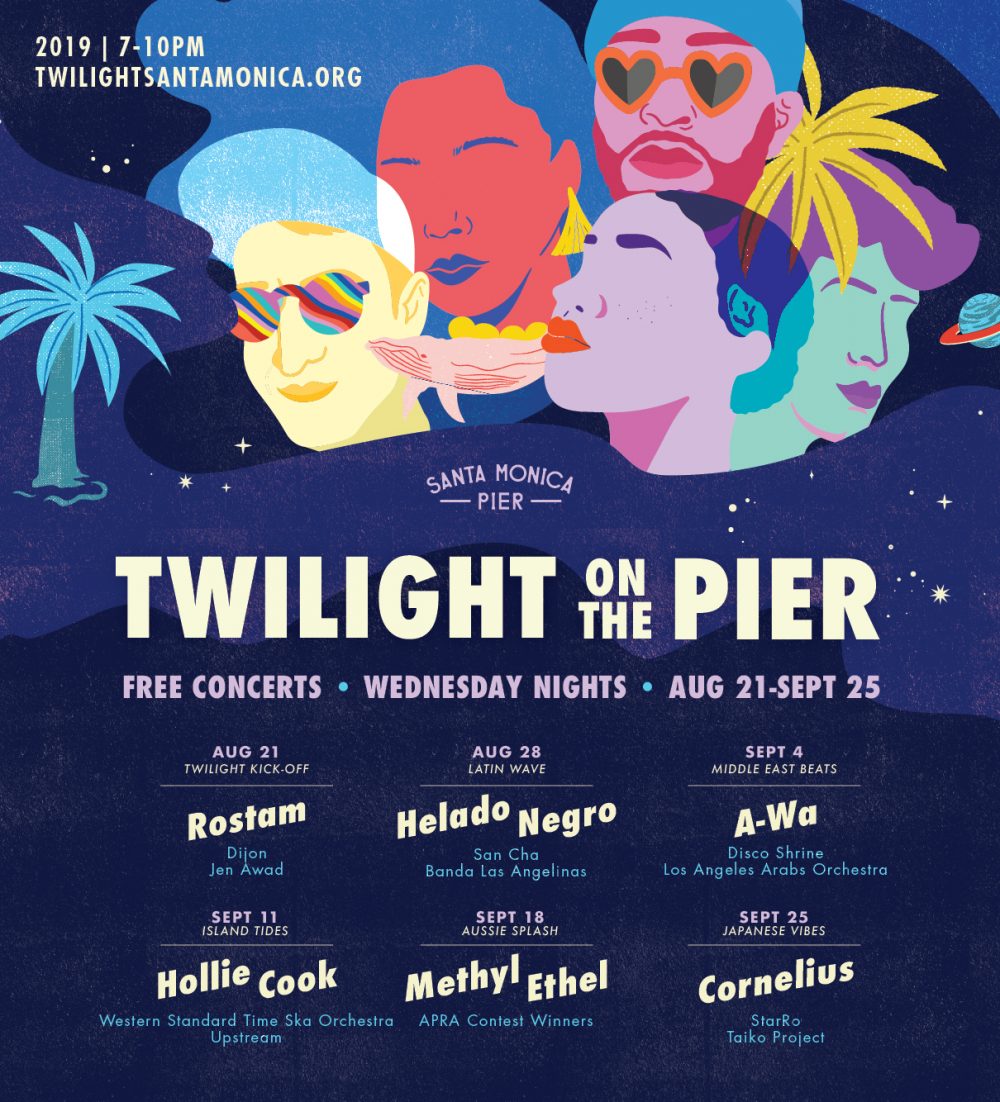 Each night has a theme, from “Latin Wave” to “Aussie Splash,” around which the performers are curated. Singh herself is partial to September 4, “Middle East Beats.”

“The fact that both of our main stage acts that night are all women is super empowering, as a half-Middle Eastern woman myself,” she says. “We also have the Los Angeles Arabs Orchestra on the West End, which is going to be so beautiful. We’ve got Israel, Iran, and other parts of the Middle East all represented in one night, making it such an exciting way to celebrate this dynamic culture that you often don’t get to see represented in a mainstream way.”

Attending the shows is free, with online RSVP encouraged. Each show runs 7 to 10 p.m. at the Santa Monica Pier. The series is curated by Run & Humble and Spaceland, and sponsored by Lyft, Aperol, Duvel, Zico, G’Day USA (Australian Consulate), Sweet Leaf Tea, White Claw, and KeVita.