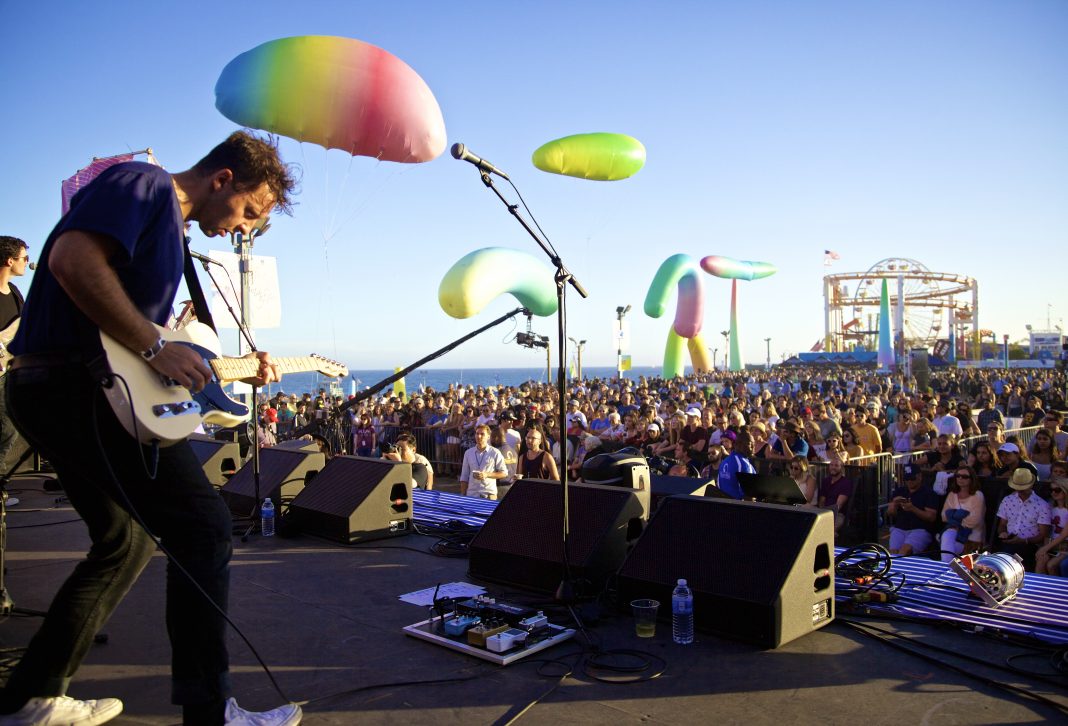 Free concerts on the Santa Monica Pier have been a Los Angeles tradition for over 30 years, but the series was nearly cancelled after the 2017 season. Now, after months of effort, community meetings, changes in leadership, we have confirmation that the concerts are back for 2018 and looking as strong as ever.

Much of the consternation around the concerts came from Santa Monica residents who felt the crowds coming out were getting too large for the infrastructure and the costs for safety and security outweighed the benefits. The tipping point appears to have been a concert by R&B crooner Khalid, when an estimated 25,000 of the artist’s young and diverse fans turned out for the free show. A typical concert in the series had hosted around 8,000 to 10,000 attendees. 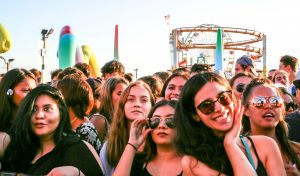 The sight of all those teens descending on the Pier–combined with existing concerns about cost creep, security issues, and the new-found accessibility of the Pier to Angelenos from across the city who can now easily arrive by Metro–was too much for some Santa Monica leaders. Among those who criticized the concerts was city arts commissioner Phil Brock, who penned an op-ed expressing his concern that, “While we must share our Pier with the world, it must retain its local flavor.”

At a meeting in November of last year, stakeholders met to consider the future of the concerts. Out of that meeting emerged a framework for a new version of the series, with some significant modifications. Most notably, the concerts which had always been a summertime affair, would be moved to the fall season, when fewer tourists flock to Santa Monica’s shore.

Now we finally know what the series will look like for 2018.

The programming will take place on six Wednesday nights, from September 5 to October 7, with a new format. Each night will be curated around a ‘cultural soundscape’ representing different regions of the globe, and presenting a variety of genres and artists representing each. Now a three-stage set-up (rather than the single, large stage previously used), there will be a chance for concert-goers to fan out and move around, and also take in culinary and visual arts activations around the venue. Imagine less a traditional outdoor concert, and something more akin to an arts walk or neighborhood street festival.

We had a chance to talk with, the new executive director of the Santa Monica Pier Corporation, Negin Singh, about the return of the concert series, now called Twilight on the Pier.

How would you describe the overall vision of this new version of the Santa Monica Pier concert series?

It’s all about encapsulating the Santa Monica Pier experience through a music and arts festival. We wanted to get back to our roots by booking both more local acts and acts from around the world, while also expanding our scope with multiple stages, artist-created activations, and more. We wanted to shift the focus back onto the Pier and provide an exciting Pier-wide experience that celebrates this iconic landmark and the artists, vendors, businesses, and more who make it as special as it is. With the move to the fall, and with plenty of collaboration from the city, we believe we’ll have created a truly special, yet manageable (from a logistics and safety point of view) experience. 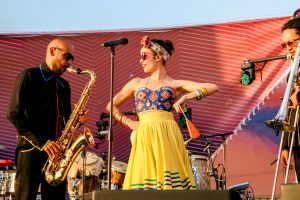 How did you work to balance the concerns among some in the Santa Monica community about crowding with the desire to keep this cultural tradition alive?

We’ve been working very, very hard with public safety, city officials, private security teams, parking, and so much more, to collaboratively come up with solutions that both create a safe, secure atmosphere that can put our visitors at ease, while also not hindering the experience or making it feel impersonal. For example, we’re adding bag checks and walk-through security systems at all of our entrances, so that once people are in the space, they can roam freely and without worry. We’re working with our partners at Lyft and Parking to create rideshare systems that can easily get people in and out of the area in an organized manner. It’s been a ton of work. But it was work that needed to get done for this to be a sustainable event that thrives for years to come.

How will the three stage layout work in the space? Are there any other big changes visitors can be looking forward to for this year?

We’ll have one stage on our Pier Deck, one at Pacific Park (the awesome amusement park here on the pier), and one at the very end of the Pier, known as the West End. Guests can flow through the different stages to catch the sets, and, in between, stop at any of our pier businesses, many of whom will be activating in really exciting ways. For example, our Trapeze School will be doing performances right before the music starts on the main stage. The Albright will be hosting some really cool live art installations. All in all, the major difference is in this becoming a full pier-wide experience, versus just a stage in our traditional event space.

What inspired the idea of booking nights based on regions of the world?

If you walk down the Pier on any given day, you’ll be able to hear dozens of languages spoken by our guests. The Pier is a melting pot for people of all walks of life, and we wanted to celebrate that through our curation. We decided to dedicate our nights to specific regions so that we could create mini deep-dives into these music cultures. For South Asian Sounds night, for example, we are not only bringing what you might expect (Bhangra and Bollywood), but we also booked an artist singing in Malyalam, and DJs who spin remixed classes from Afghanistan, Pakistan, Sri Lanka, and more. We wanted to explore the rich diversity within these cultures, and I can’t think of a better place to do it than at the Pier!

What is an artist or night in the series you’re particularly excited about?

I’ve been obsessively listening to all of our acts. We have so many exciting discovery acts as well as artists who are legends in their field. I am really excited about seeing Bokante on Island Vibes night, this music super-group blends Creole and French with rhythms that feel both so familiar and so new at the same time. They’re the kind of act that expands my perspective about what “world” music can be, which a lot of our acts represent. 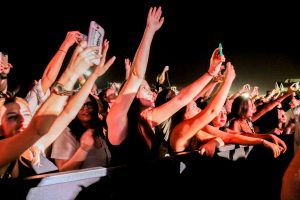