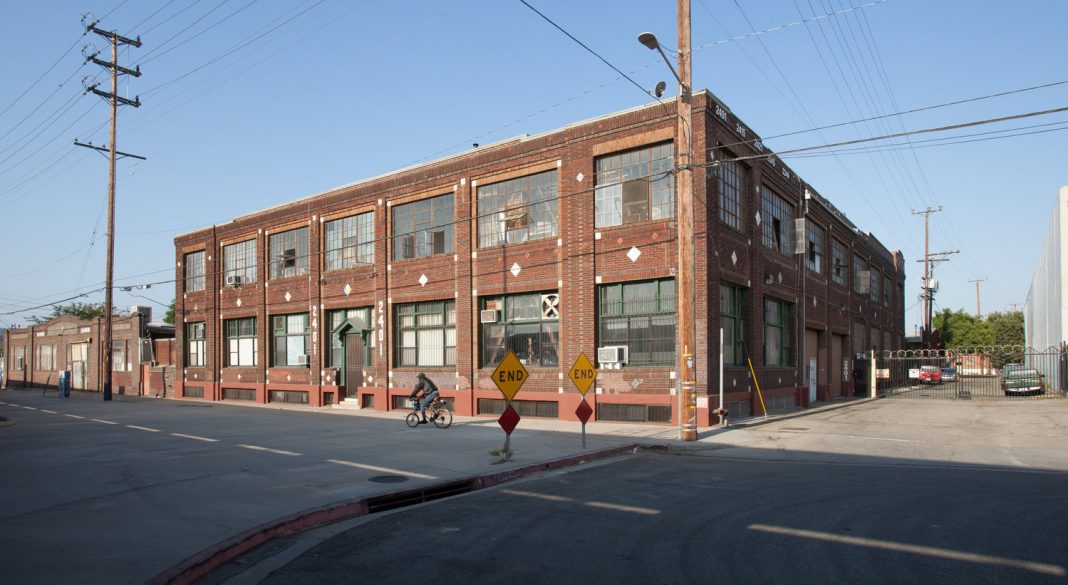 The Santa Fe Art Colony has remained one of the last holdouts from an era before the downtown L.A. Arts District was synonymous with posh boutiques and five-star restaurants–but it appears change has finally reached its door. The former industrial building provided affordable live-work spaces for artists for decades; on November 1, a new owner is expected to hike up rents dramatically. Residents have reported units going from $1,420 to $4,493.

“If I have to pay that in November, that will just bankrupt me,” Lucy Jensen, a muralist who has lived in the building for 12 years, told arts journal Hyperallergic.

Once a factory, the building was converted to studios and homes for artists in 1986, using funding from the city. Artists vied for the spots, sometimes adding their names to long waiting lists and undergoing applications and portfolio reviews in order to qualify for one of the 43 rent-restricted units (an additional 14 units in the building were always rented at market-rate). It became the only artist-in-residence complex of its type in all of California.

The Santa Fe Art Colony Tenant Association describes the residents of the building as a diverse, multigenerational community who have helped shape the artistic life of Los Angeles, a city that prides itself on culture. Now, they fear, that could be wiped out.

“It’s a tremendous loss on a personal level, but beyond that, it’s a loss to the city, and the community, and the culture,” Sylvia Tidwell, a resident of the building and head of the tenant association said in an interview with KRCW.

When the art colony was established in 1986, the city committed to the project for 30 years. During that time, the Community Redevelopment Agency which oversaw the colony was disbanded. When the original agreement ended, the artists fought to secure a temporary extension. Miami-based developer Fifteen Group purchased the building in June of 2018, and now, with the extension period ending, has expressed an intent to flip the building to luxury apartments.

In one final, long-shot attempt to protect their way of life, the artists have offered their own purchase bid for the building which, they assert, is their right under the state’s Affordable Housing Preservation law. They have opened a GoFundMe to cover the $75,000 the legal battle is expected to cost; as of Thursday morning, it had raised $1,480 in donations.

RELATED: Crimes Against the Homeless Have Risen, and Advocates Are Searching for Answers