Home Environment How the Salton Sea, Once a Leisure Destination, Became an Ecological Time... 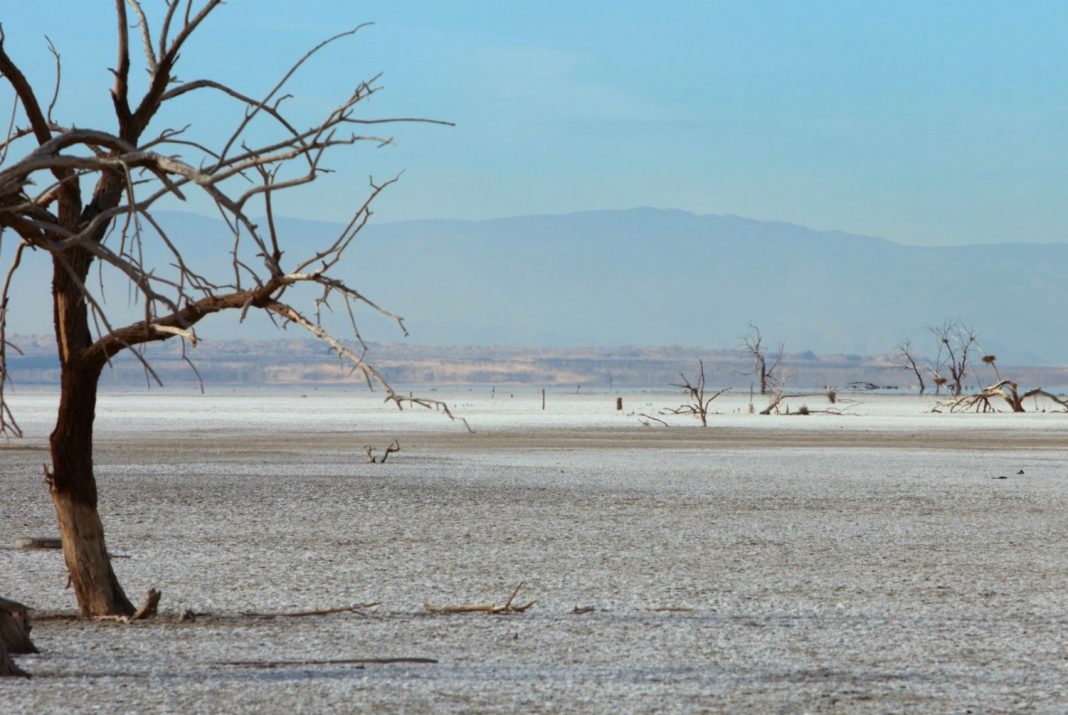 The largest lake in California, the Imperial Valley’s Salton Sea, was once home to booming farming and fishing communities, not to mention a glittering tourist oasis in the desert that drew everyone from Hollywood’s top stars to working-class folk looking for an affordable vacation spot. More recently, however, the lake has begun to evaporate, the farms and the fish are gone, and what remains is a wasteland of ghost towns swept by toxic winds.

In the new film Miracle in the Desert: The Rise and Fall of the Salton Sea (available via VOD and DVD), documentarian Greg Bassenian explores an environmental tragedy that could impact a large swath of Southern California. We spoke to Bassenian about how the Salton Sea declined and what, if anything, can be done to save it.

How did you get involved in this story?

I went out to the Salton Sea back in 2014. I just went and I saw it; it’s as simple as that. It’s very, very large and very desolate. There’s no people there. There’s all these ruins and relics, and I come from a filmmaking background. I was struck by it, so I came home and started making phone calls to seeing if people would agree to interview with me and it kind of snowballed from there.

Why is the lake shrinking?

Why is the Imperial Valley being cut off?

The water coming off the Colorado River is all fresh water and as San Diego and Los Angeles are growing, they are effectively asking for more because the populations are larger. Meanwhile, the Imperial Valley had a lot of grandfathered water rights, so they had a huge allocation and from what I can tell, the other water agencies asked them to share that water because they felt that it might be too much water for that area and they could get more for San Diego and Los Angeles.

That’s decided by the Imperial Irrigation District, the IRD. It wasn’t just an agreement saying, “We’re just going to give the water up,” per se. It was a long negotiation that took place over a period of time, and then the agreement was signed several years back.

What are the effects of the water level dropping?

There are a few things going on ecologically. First, the salinity of the lake is so high that pretty much all the fish in the lake have died. It used to be a huge fishery with tens of millions of fish in there—they’re pretty much all gone. Because the fish are gone, the birds that used to come around for the fish have left as well. So that ecosystem has diminished by about 90 percent.

As the shoreline pulls back, there’s roughly 115 years worth of silt that’s now directly exposed to the wind. That is basically very small particulate matter in an extremely windy area, so as those shorelines get more and more exposed, you’re going to get a lot more particulate in the air, specifically PM2.5 and P.M10, which is similar to what we get with the fires. And that exacerbates the health issues that area of California already has. It was very high rates of asthma, and the air quality is going down very rapidly. 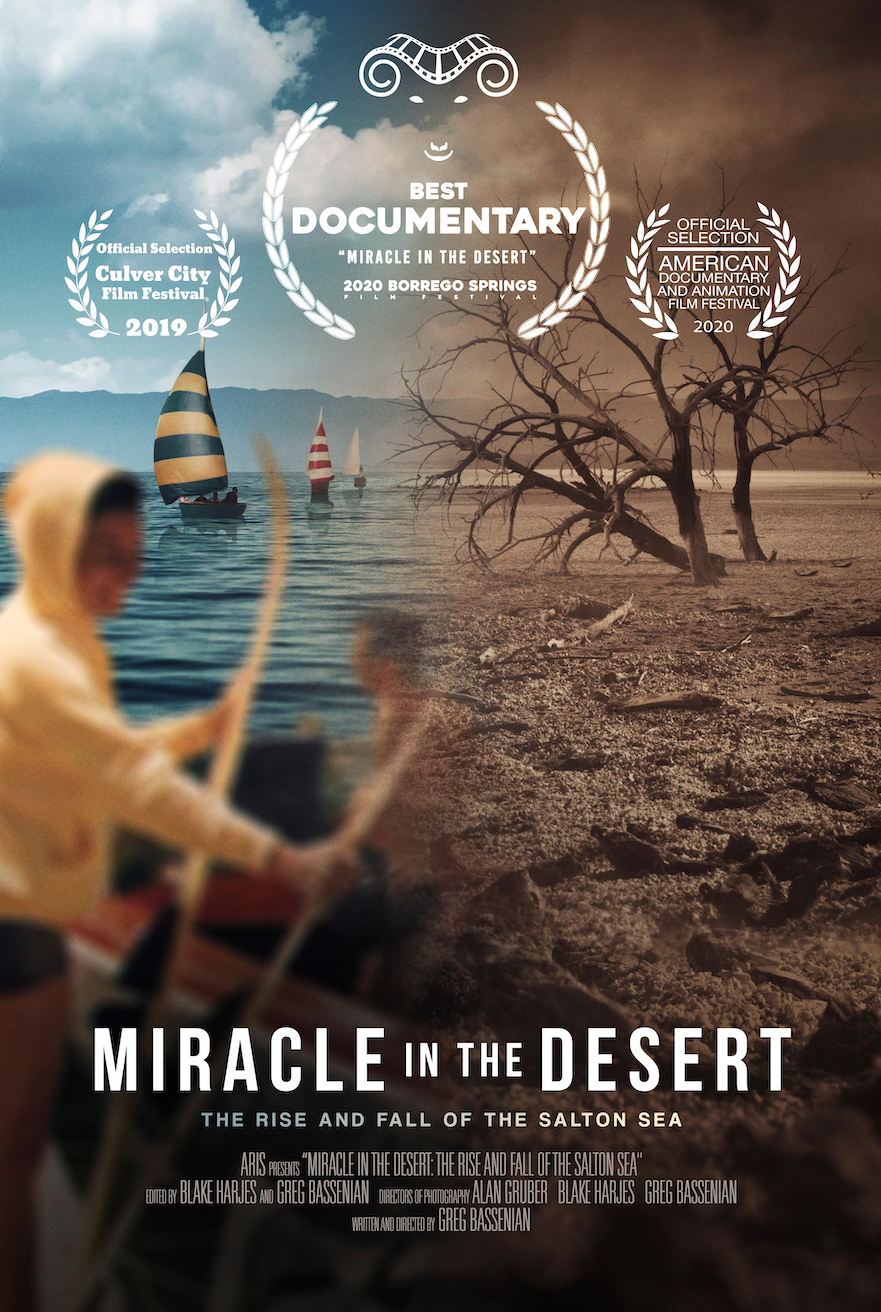 In the documentary, we see officials starting to ban fishing in the Salton Sea even before it started to shrink and the salinity rose. What was behind that?

That was something called “the selenium scare.” Selenium is a naturally occurring substance, but if it accumulates in high levels it can be dangerous. So they went and they measured selenium levels in the fish and they felt that it was too high by a very, very small level. They basically said nobody can fish on the sea anymore. That really devastated tourism there because that’s what people came to do.

The feeling from the people I interviewed was that the selenium scare was exaggerated to a certain extent, and that they went to one specific area of the sea and they didn’t really test all that many fish. Based on a very small sample size they made this grand declaration and shut the whole thing down.

Do the locals you spoke to think the officials had any political reason for doing that?

They didn’t say that specifically, but during the course of filming there were always undertones of some political motivations for some of the decisions that were going on around the sea. People didn’t necessarily want to voice those decisions or to point fingers, but there were some hints of that along the way. There was varied talk about energy resources at the southern end of the sea. There were some people who spoke about lithium reserves and competing business interests to potentially go there and maybe mine for those things, in addition to, “If they let it dry, maybe there’s more access to those resources.”

Since the locals feel that their one member of the House, Congressman Raul Ruiz of the 36th District, really represents San Diego rather than the area of the Salton Sea, who can they turn to?

I don’t know that there’s any plan in terms of redistricting. That area of California in general has a challenge being heard. It has a large Latino population and a large farming population, and there’s just not a lot of awareness of the Imperial Valley in general.

I also know that Congressman Ruiz is aware of the issue and some of his campaign was regarding the Salton Sea, and mitigating the Salton Sea. So the representation in Palm Springs is aware of it, but right now that issue is being sandwiched between a lot of larger issues in California such as the fires and COVID-19. The Imperial Valley has a very high rate of respiratory issues and they’ve gotten hit very hard [by the pandemic]. On top of COVID, there are already issues with the Salton Sea and air quality, so unfortunately for the people in the area in terms of health impact, this is the perfect storm.

RELATED: For One Weekend a Year, a Tiny Town on the Salton Sea Becomes a Mecca for Artists and Partiers

For One Weekend a Year, a Tiny Town on the Salton Sea Becomes a Mecca for Artists and Partiers

The Dead Sea Is Dying