Home Dance Why Ryan Heffington is Having a Very Good Year 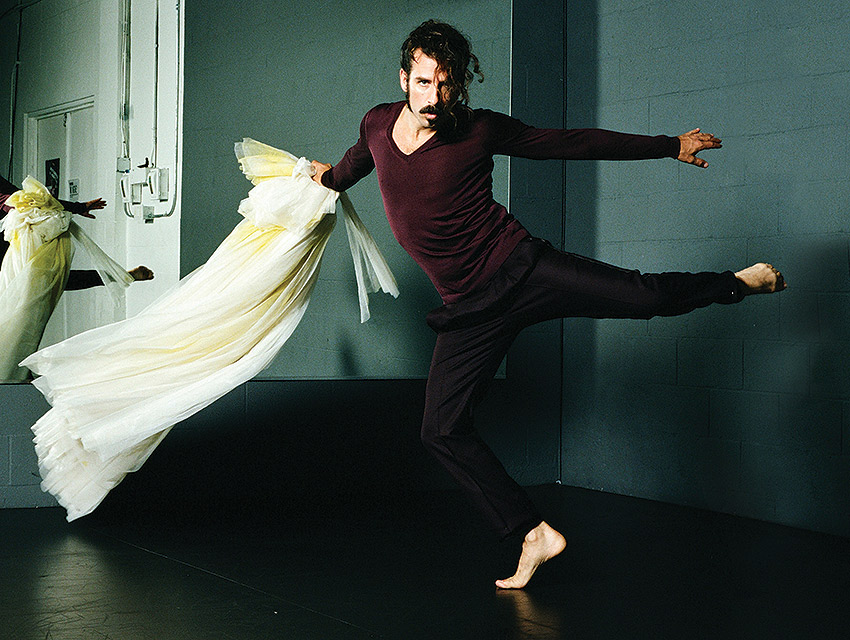 Ryan Heffington arrived in Los Angeles 23 years ago from the tiny Northern California town of Yuba City. To make it in the contemporary dance world, he was told, he’d need to cut his hair and act less flamboyant. Instead he grew out his mustache, staged sidewalk flash mobs, and hosted punk rock cabarets. His work as co-artistic director of Hysterica helped him build a following, but outside of L.A. he remained largely unknown—until this year. The 41-year-old choreographed two of 2014’s most talked-about music videos, Arcade Fire’s We Exist, starring Spider-Man actor Andrew Garfield, and Sia’s Chandelier, in which 11-year-old Maddie Ziegler (of the reality show Dance Moms) performs a mash-up of balletic turns and krump-like moves. “I wanted the choreography to reflect loneliness and the fight for self-preservation while being playful,” he says. In August that mix earned him an MTV Video Music Award. Even as he’s trying to revive KTCHN, the dance performance, art-drag-show hybrid he coproduced last year, he still teaches at the Sweat Spot, his Silver Lake studio. You don’t need technique, just enthusiasm, to join his packed “Sweaty Sunday” sessions. Because with Heffington, anybody can feel like a dance star for an hour.

3 Videos That This Singular Sensation Staged

Fjögur Píanó by Sigur Rós (2012)
In the dark and dreamy clip about a mercurial couple, Shia LaBeouf gets sentimental (and naked) with a blond dancer.

Gold by Chet Faker (2014)
The Derby Dolls meet disco burlesque as girls on roller skates groove down a deserted highway to a bluesy dance tune by the Australian musician.

I Try to Talk to You by Hercules & Love Affair (2014)
Shot in black and white, two male dancers play out a lover’s quarrel to moody, sensuous club beats.

Jim Carrey is Magnificent in This Spoof of Sia’s “Chandelier”