Home Business & Real Estate Running on Empty: These Are the Hardest Items to Find in L.A. 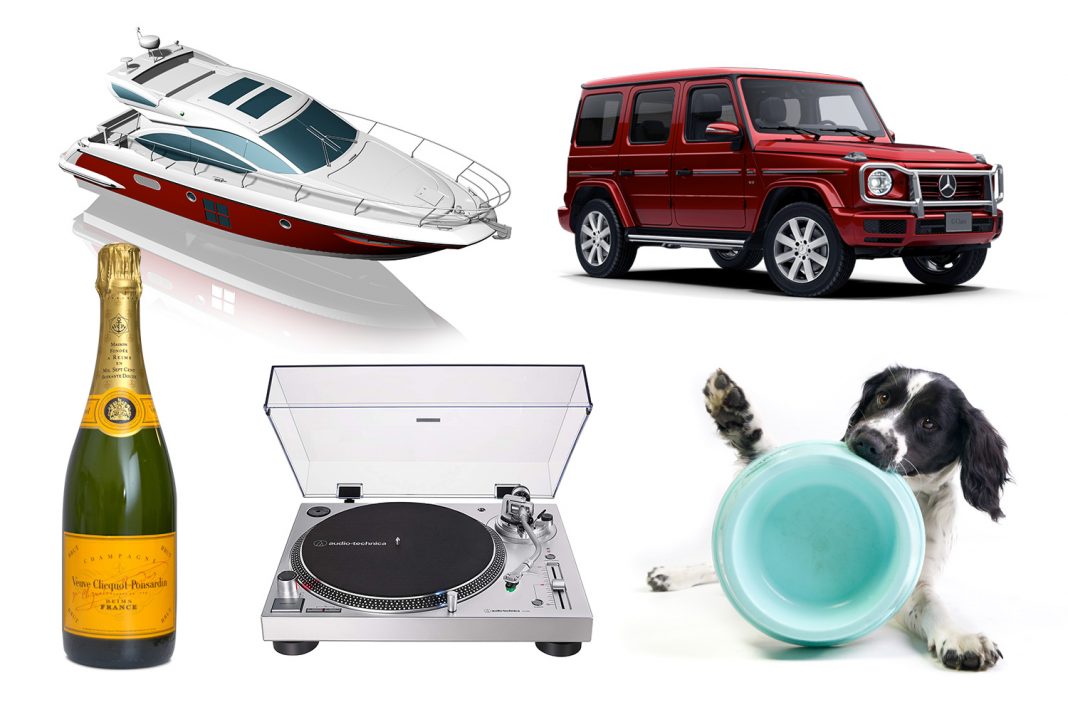 Here’s a roundup of products that have been nearly impossible to secure at stores in L.A.:

ELECTRONICS
Amoeba Music co-owner Jim Henderson says he’s spinning his wheels trying to keep the Audio-Technica AT-LP 120, his best-selling turntable, in stock. And at Best Buys all across town, PlayStation 5 and other gaming consoles are also becoming impossible to find, thanks in part to global microchip shortages. Teenagers could soon be forced to play outside, and immature adults may have to find age-appropriate hobbies.

VEHICLES
A Mercedes-Benz G550 will set you back $50,000 to $100,000 over the $132,800 sticker if you can find one, says a local Benz dealer. And delivery dates on new Teslas keep on slipping into the future. “We are hopeful it will ease up next year, but no one knows for sure,” says a Tesla rep. Meanwhile, El Sereno’s Cycle N Motion says it’s rationing what little bicycle inventory it can snag as manufacturers prioritize big-box stores. “You get what you can get,” says owner Estevan Preciado. And it’s not just land-locked vehicles that are hard to come by—used yachts have also become difficult to get, says local broker John Carello.

PET SUPPLIES
Finding precious pet food for Fido and Fluffy is definitely iffy, thanks to ingredient shortages and Asian-sourced brands marooned at the Port of Long Beach. Local dogs are having to go without the wildly popular treat Bully Sticks, according to the Healthy Spot pet store in Glendale. Housebreaking a puppy? Target’s training pads were recently sold out across town. Owners of felines, meanwhile, are contending with a dearth of high-end cat chow, especially Fancy Feast. Vons in East Hollywood has had stretches recently with no pet food for sale at all.

HARDWARE AND APPLIANCES
“It’s a little bit of everything,” says Santa Monica custom-home builder Rocco Borgese. “We can’t get drawer slides for cabinets—I have to send guys to Arizona to get pool filters, motors, and heaters.” Even chemicals are running dry. Acute shortages of chlorine are drying up pools across the region and leading to porch thefts of deliveries. And, because of a shortage of certain pigments, blue paint has also gone missing. Even if the color of your choice is in stock, good luck getting your hands on the paint cans to put it in. Big-ticket appliances are challenging to acquire as well, putting a damper on home renovations. A Westsider who placed an order for a Sub-Zero fridge months ago was told she won’t actually be part of the cool crowd until next July.

FOOD AND COFFEE
Perhaps nothing is as terrifying as a lack of coffee, but that’s the reality we now face. “We’re short on cups, lids, sleeves, beans—you name it,” an Eastside Peet’s manager says. Starbucks was out of straws and green tea for a month. Elsewhere, fans of bucatini pasta and Thai eggplant report that both are hard to come by.

MEDICAL EQUIPMENT
Everything from crutches to syringes are scarce. Wheelchair deliveries are backlogged up to eight months, says Preston Nguyenbui of Home Medical Supplies in Pasadena.

BEDDING
A lack of sheets at local hotels has those in the hospitality industry sleeping poorly. “I’ve never seen anything like this in 20 years—it’s so out of control,” laments Mark Verge, owner of Venice on the Beach and several other properties. “Every day, we’re on the phone, sourcing, pricing, getting hammered.”

CHAMPAGNE
Speaking of hammered, Dom Pérignon, Veuve Clicquot, and Krug champagnes keep selling out at Wally’s in Santa Monica, presenting “continuting challenges,” according to a store rep. But, fear not, there will be bubbles for New Year’s, just from lesser-known producers. The rep says, “We have other brands.”