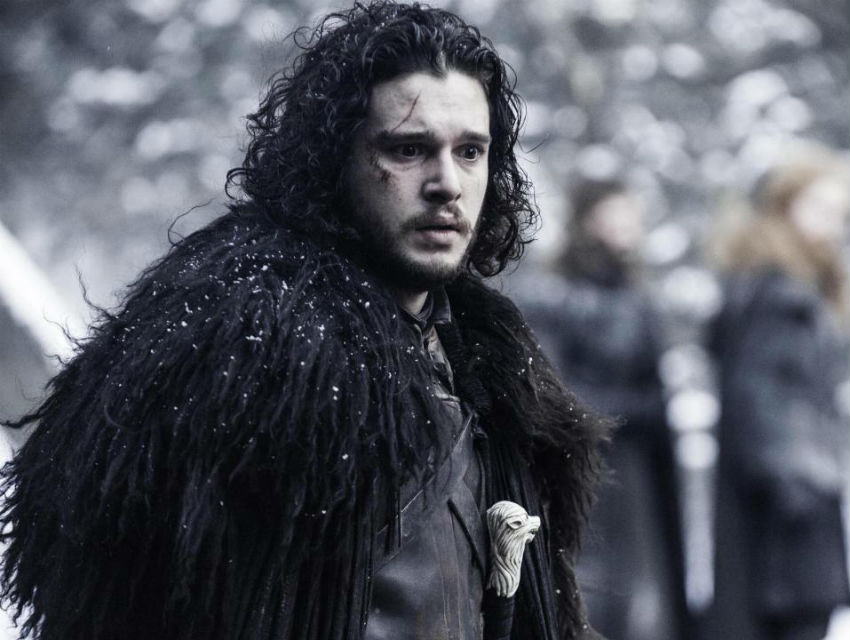 The world’s collective mind was thoroughly blown when Game of Thrones wrapped up its fifth bloody season by (allegedly) killing off a fan favorite: the last thing we see is a supine Jon Snow, who is slowly bleeding out onto a blanket of pristine white snow (get it?!) at Castle Black. Kit Harrington, who plays the sword wielding Lord Commander, has since then assured the world that Jon Snow is, in fact, dead, an attempt to put rumors that he would make a surprise return to the show to rest. GoT’s cast and creative team seemed to be presenting a united front on the topic until Emilia Clarke, aka Khaleesi, aka Daenerys Targaryen, appeared on MTV News a few days ago.

According to Clarke, who claims Snow’s death was as big of a surprise to her as it was to everyone else, “there’s a fifty-fifty chance” the character will return. “There are some helpful people there,” Clark remarks, referring to the fact that Stannis Baratheon’s former high priestess, master manipulator, and part-time necromancer Melisandre is at Castle Black at the time of Snow’s passing. Melisandre bringing Snow back from the dead is a popular theory online, but so far it has been impossible to prove. Cast and crew remain tightlipped, and author George R.R. Martin can’t clarify anything either. Why? Because he hasn’t written the book yet.

See the full clip of Clarke’s interview below.