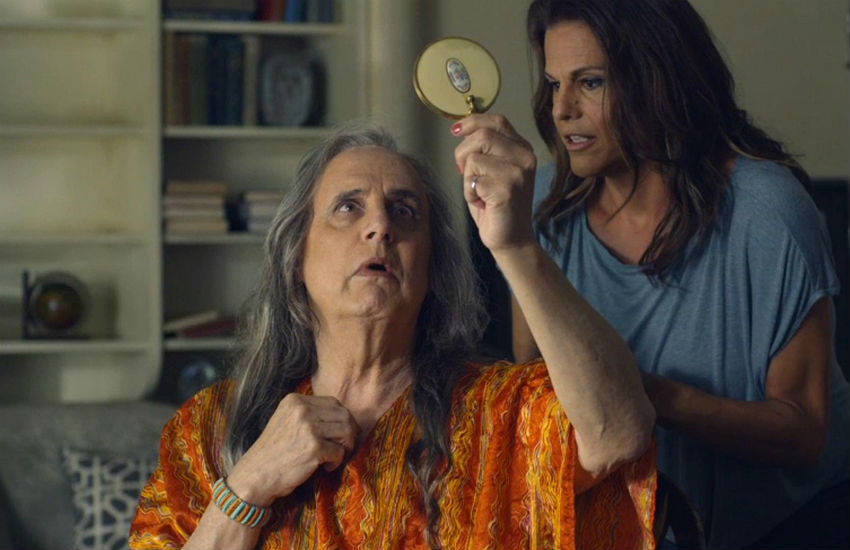 TV has been at its best in recent years and 2014 was no exception. Returning favorites like The Good Wife, The Americans, and House of Cards kept us satisfied, but it’s the new shows that made an impression. We saw crime thrillers, a gender transition and a pregnant virgin—all unique stories, from new voices, and perspectives.

A comedy that’s genuinely funny, how refreshing. The San Francisco town where nerds go to make a buck (or a billion) has been the setting of TV shows before. But while Bravo’s Start-Ups: Silicon Valley was unintentionally funny, the HBO satire hilariously captures the tech subculture. Silicon Valley’s subjects are just how you’d picture them: the startup geeks are socially awkward, the hotshot CEOs are outrageous and narcissistic. Many of their embarrassing antics are almost painful to watch, but subtle humor keeps the watching fun.

A show about a pregnant virgin? Sounds more like a Sunday school program than Golden Globe-nominated TV. But don’t judge a show by its name, it’s the most charming dramedy on air. Based on the Venezuelan telenovela Juana la Virgen, the CW adaptation suits American audiences but stays true to the novela format. There’s fights, love triangles, passion and crime, but the heightened drama is rooted in realism thanks to the show’s perfectly cast stars. Especially the insanely likeable (and nominated) Gina Rodriguez (Jane), who carries the show with oozing charisma.

Congrats are in order, Amazon—you’ve made your mark on the quality content game. The praise about this show is unavoidable. By now you’ve heard that Transparent is about the patriarch (Jeffrey Tambor) of a tight-knit L.A. family coming out as transgender. But summing up the show’s premise into one sentence fails to show how layered and nuanced it truly is. It’s not just a show about coming out, it’s a character study, a show about complex individuals finding themselves and making sense of their lives. Golden Globe frontrunner Tambor and the rest of the cast give real and heartfelt performances that will stay with us until we feast our eyes on season 2.

Jessica Chastain said it best: Viola Davis is one of the greatest actresses alive. She’s magic in every part she plays, and her latest stint as razor-sharp attorney Annalise Keating is no different. Her performance aside, the Shonda Rhimes-produced show is a nail-biter that keeps us at the edge of our seats week to week. Sometimes the plot twists can be seen from a mile away (this is network TV), but the shocking final moment of the mid-season finale left us reeling.

It doesn’t take a rocket scientist to guess what this show’s about. Yup, two married people have an extramarital affair. It’s arguably the most overdone plot point known to man, but The Affair succeeds in making forbidden love fresh and captivating. The story is cleverly told from four perspectives, those of the cheaters and their spouses. We see versions of the same scenes and circumstances, and, of course, each character sees things differently. Recognizing the distinctness of each point of view takes us inside the characters’ minds and serves as a great storytelling tool.

A year after debuting Behind the Candelabra on HBO, Steven Soderbergh continues his TV conquest with this innovative medical drama. Set against the backdrop of 1900 New York City, the look of The Knick is gorgeous; the turn of the century is expertly captured with a muted color palette and intricate sets and costumes. The sound of The Knick is pretty memorable too. Its surprisingly modern score is hypnotic, using electronic beats that complement the show’s eerie intensity. The drama also features standout performances, particularly from Clive Owen who is at his best as a drug-addicted surgeon.

There was no stopping Breaking Bad from sweeping this past Emmys, but it’s safe to assume True Detective came dangerously close. The anthology crime series has been praised for many triumphs: palpable chemistry between stars Woody Harrelson and Matthew McConaughey, an epic 6-minute tracking shot in episode 4, and possibly the best opening credits since Mad Men (sorry, Game of Thrones). All eight episodes were consistently ambitious, and the writing was philosophical and sharp (good enough to be accused of plagiarism). Some have called the finale a disappointment, but the watch is definitely worth the ride.

One of the perks of Internet TV is binge-watching shows from across the pond. Thanks to Netflix, Americans have devoured Broadchurch, The Fall and now Happy Valley. Disregard the name—happy, this show is not. More suitable adjectives are suspenseful, thrilling and raw. It’s not exactly hard to find a great crime drama (i.e. number 7), but Happy Valley differs from most of the pack. Watching the show isn’t a whodunit guessing game, we know who the criminal is from the start. Instead, viewers can stay in the moment, fully appreciating the smart writing and outstanding performance from star Sarah Lancashire.

It’s a show about girlfriends navigating through life in New York City, but forget about the inevitable Girls and Sex and the City comparisons. Broad City is a very, very different show. Like its predecessors, the Comedy Central series does have its hilarious moments. But what makes Broad City unique is that it’s much more realistic—and by that we mean depressing. Sure, Carrie couldn’t get Big to commit and the Girls don’t really have anything figured out, but Broad City’s broads could star in a PSA called “How Not to Live Your Life.” The Amy Poehler-produced show will take the glamour out of your New York fantasy, but the laughs will make up for it.

Adapting a Coen Brothers cult classic for TV was a risky move, one that undoubtedly paid off. Perhaps critics and fans have been so welcoming to FX’s Fargo because it’s not an imitation. It’s an homage with parallels to the film but a new story and cast of characters. The 1996 film’s signature dark humor finds its way onto the small screen, while its violence and mystery aren’t lost either. Plus it’s laced with loads of Coen references, so superfans shouldn’t blink when watching the 10-part miniseries.

Why We Can’t Wait to See Gina Rodriguez in Annihilation

Scene It Before: The How to Get Away with Murder Castle