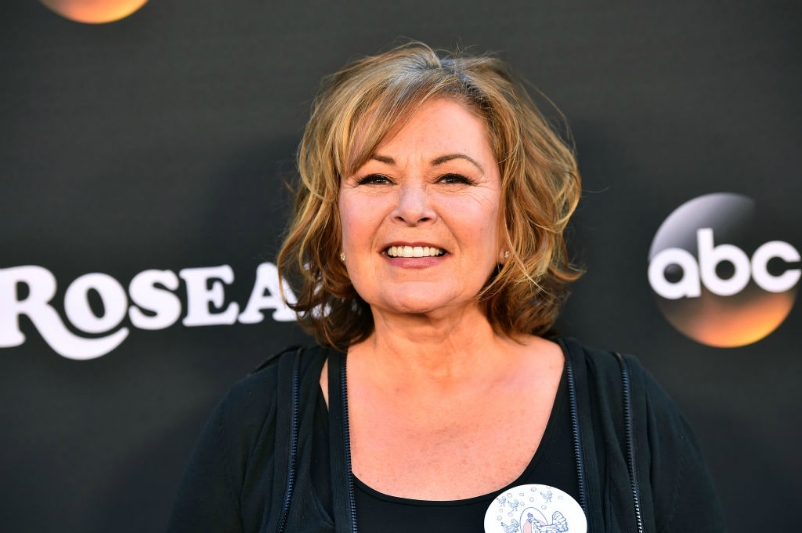 Following a long holiday weekend, recently resuscitated sitcom star Roseanne Barr kicked off her Tuesday by dispatching a racist tweet about former Obama aide Valerie Jarrett. The tweet has since been deleted, but it read: “muslim brotherhood & planet of the apes had a baby=vj.” Barr is a frequent and enthusiastic Twitter user (not unlike the president she’s vociferously supported), and this is at least the second time she’s made a “joke” that likened a black person to an ape. In 2013, she referenced Obama-era National Security Advisor Susan Rice’s “big swinging ape balls;” that tweet was also deleted.

ABC responded by doing what many people seem to agree was the right thing and canceled the reboot of Barr’s namesake sitcom, which had been slated for a second season after a successful first season. Granted, it’s been a mere 24 hours since ABC announced its decision, but so far it’s unclear whether anyone at the network has admitted that maaaaaybe giving Barr a sitcom in 2018 was a bad idea in the first place.

Once upon a time not that long ago, there was a reality program on Lifetime called Roseanne’s Nuts. More than a decade after the original incarnation of Roseanne had run its course, Barr had fled Hollywood, bought a 40-acre macadamia farm in Hawaii, and agreed to allow a crew to produce a rather heavily manipulated series about her new unglamorous life full of nuts and pigs and yelling.

In a review of the show, the Washington Post wrote, “Armed with her gun and an endless supply of anger, Roseanne verges on a 21st-century makeover as a sort of tea party ideal, transformed from the loudmouthed celeb who butchered the national anthem back in 1990 to a get-off-my-land patriot trying to protect what’s hers.”

At the time, it all felt pretty harmless—a once-beloved TV mom wagging a middle finger at an industry she’d grown to despise while continuing to collect handsome showbiz checks on her own terms.

There were other glimpses of self-awareness, like an essay about Hollywood she wrote for New York magazine earlier that year, in which she discussed the ways fame can warp the brain. “All of that sounds very much like the diagnosis for bipolar disorder, which more and more stars are claiming to have these days,” she wrote. “I have it, as well as several other mental illnesses, but then, I’ve always been a trendsetter, even though I’m seldom credited with those kinds of things. And I was not crazy before I created, wrote, and starred in television’s first feminist and working-class-family sitcom (also its last).”

Barr had long self-identified as “nuts,” hence the double entendre in the name of her reality show (triple if you count that “nuts” is slang for testicles), which was canceled after just one season. In 2012, she ran for president as a candidate for the far-left Peace and Freedom Party and angered people on the right when she tweeted George Zimmerman’s parents’ address in the wake of the killing of Trayvon Martin.

Sometime between then and now, Barr took a hard right turn and her Twitter feed became a showcase for the shift. I personally recall checking Barr’s feed around the time of Carrie Fisher’s death in 2016. Fisher had written for the original incarnation of Roseanne and I was curious what, if anything, Barr had to say about the actress’s passing. She had plenty to say, but not in memory of Fisher. I recall encountering a bunch of ranty tweets about Israel and Obama and Democrats being Nazis, and I promptly clicked away. I’d really loved Roseanne for a long time—or, rather, I loved the Roseanne that Roseanne played on TV.

In the lead-up to the reboot, Barr’s Twitter presence grew increasingly troubling—like, straight-up InfoWars-style bonkers conspiracy theories about the deep state and underground child sex trafficking rings and all of the causes de celebre of the lunatic fringe. (Last June, the Daily Beast published a comprehensive chronicle of her Twitter activity.) Everyone from ABC brass to Barr’s costars have been quick to disavow the star since yesterday, but it seems extremely unlikely that everyone was unaware that she’d frequently tweeted and retweeted things that were Islamophobic or that she’d, I don’t know, encouraged the nuking of the “jew haters” at UC Davis. (After yesterday’s flap, Barr announced on Twitter that she’d be leaving the platform—she’s very much still tweeting.)

The Roseanne reboot has frequently been regarded as ABC’s attempt to reach out to the heartland, a fictional place that exists in the minds of white suburbanites and Trump supporters who also pine for “good old days” that just so happened to be terrible for everyone except white suburbanites. Incidentally, it’s the same demographic that had a collective stroke when Barr screeched the national anthem and then grabbed her crotch at the booing crowd in 1990.

If Roseanne was the best person ABC could find to be their bridge between liberal Hollywood and “Trump Country,” network TV is in deep shit.