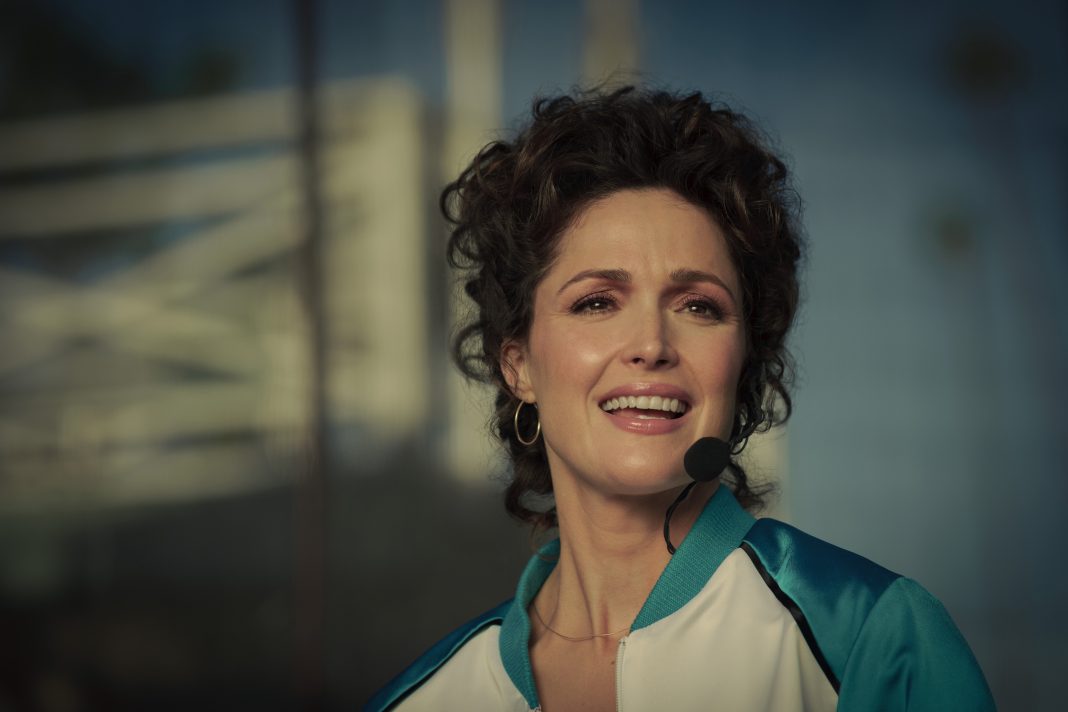 Rose Byrne knows her character on Apple TV+’s Physical can be a tough one to love, but she hopes the character’s recovery process in the sophomore season encourages more fans to want to root for her success.

“With any antihero, you still want the audience to root for her and I think this season is more of sort of boots on the ground trying to get her business up and a lot of the obstacles along the way, the biggest one being herself and her own actions,” Byrne told Los Angeles magazine.

“We set so much up in season one so to kind of take a breath and really enjoy the characters a bit in season two was fun to see,” she added.

Season two finds our hero Sheila Rubin (Byrne) having successfully launched her first fitness video only to encounter some new and bigger obstacles on her path. She is torn between loyalty to her husband (Rory Scovel) and the values he represents, and a dangerous attraction to someone else. And since she’s no longer the only game in town, she finds herself having to outrun some fierce new competitors on the road to building a full-fledged fitness empire.

“There’s ‘recovery’ and there’s recovery, and that’s really dealt with towards the end and you know, you fail at recovery many times before you address the main issues, and Sheila isn’t there yet when we meet her in season one, but she’s trying and she’s definitely cracked it open,” Byrne said. “Like her marriage is in a much different place, she’s saying what she thinks to her husband and they have this huge kind of moment in the limousine in episode one, so it’s exciting to see her slowly start to step into her confidence a bit more. It’s a long road and she still has many secrets that she’s doing, and many sort of double lives she’s leading, so it’s not a real recovery until that’s dealt with.”

LAMag was intending on asking Byrne more questions at the premiere event for the sophomore season, but the red carpet was promptly cancelled in wake of the mass shooting in Texas that left 18 students and one teacher dead.

“Out of respect for today’s tragedy in Texas, tonight’s screening of ‘Physical’ Season 2 will be a private event with no press,” reads an email sent to members of the press on Tuesday afternoon that was signed by the “Physical” cast and creative team. “We thank you for wanting to be there with us, and know that you join with us in our heartfelt support for all of the families affected by today’s event.”

The highly anticipated 10-episode second season of “Physical” will premiere globally on Apple TV+ on Friday, June 3 with the first episode, followed by one new episode weekly every Friday.