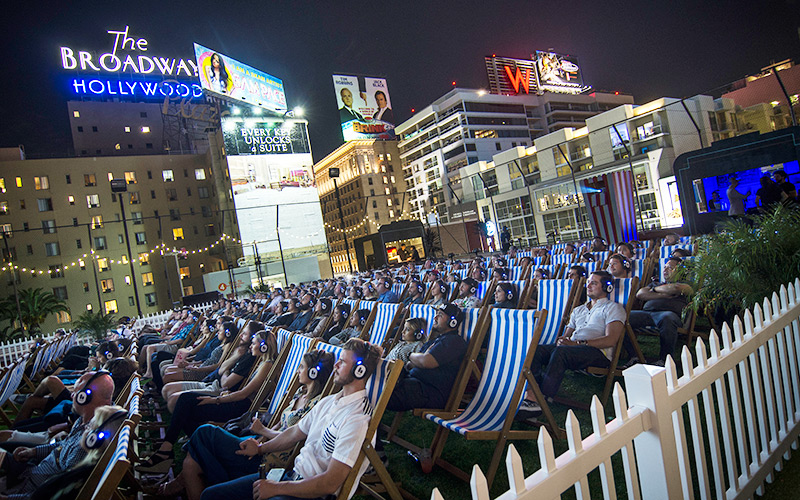 Outdoor movie season is almost over, but Rooftoop Cinema Club has one more month of screenings up its sleeve before closing up shop. Being that it’s October, you can probably guess what kinds of films are dominating the lineup—Westerns! JK, it’s definitely scary movies.

Between RCC’s two locations—The Montalban Theater in Hollywood and LEVEL in DTLA—there is a lot of creepy cinema to choose from. If you’re one of those (normal) people who think it’s weird to willingly subject yourself to disturbing imagery, don’t fret. The movies fall on a sliding scale from good clean spooky fun (Clue) to gross (Texas Chainsaw Massacre) to this-might-mess-you-up (The Babadook), so no matter your taste, you’ll be able to catch a Halloween-y flick you love. The festivities kick off on October 13 at the Montalban with a showing of Friday the 13th because of course; see what else RCC is working with below, and get your tickets here.

Here Are the Five Coolest Things Happening in L.A. This Weekend