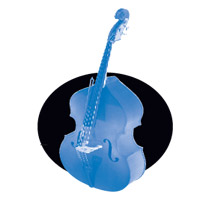 81-year-old guitar innovator Kenny Burrell weighs in on Ron Carter Quartet plus special guests the Robert Glasper Trio. “When I was starting out in Detroit, we made sure to learn everything we could. Detroit has produced some pretty great players, like Ron Carter. I played with him a number of times. He’s one of the most important bassists in the history of jazz, and the great part is that he’s still out there, still active, still performing and experimenting to this day. He’s one of the living legends.”