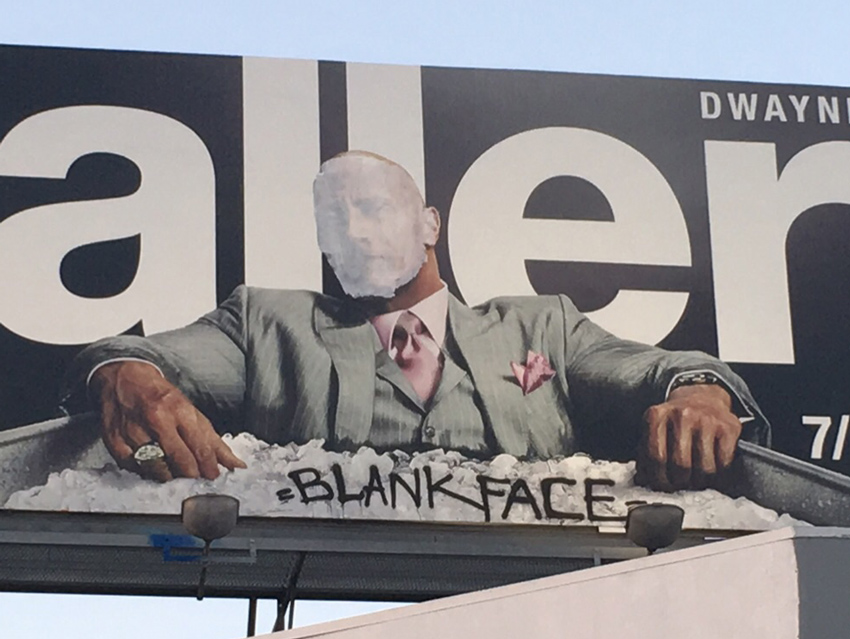 Some billboards across the city have been marked with a new tag: BLANK FACE. The lettering has been spotted on ads for the HBO shows Ballers and Vice Principals, and every face on those billboards has been obscured.

At first glance, this seems like the work of an especially intrepid street artist, but we’d guess it’s actually linked to the recent release of L.A. rapper ScHoolboy Q’s new album, Blank Face LP. ScHoolboy Q teased the release on Twitter back in June with a fake album cover—a “blank face” Crying Jordan meme with the same BLANK FACE tag.

The tag showed up again on July 7, a day before the LP dropped, when Twitter user @robdav spotted a mural of ScHoolboy Q and the BLANK FACE tag, this time with “LP” tacked on to the end.

Since then it’s been popping up across town. It’s still unclear if this is a guerilla marketing campaign or the work of a particularly industrious fan; Either way, we’re keeping our eyes peeled for more.