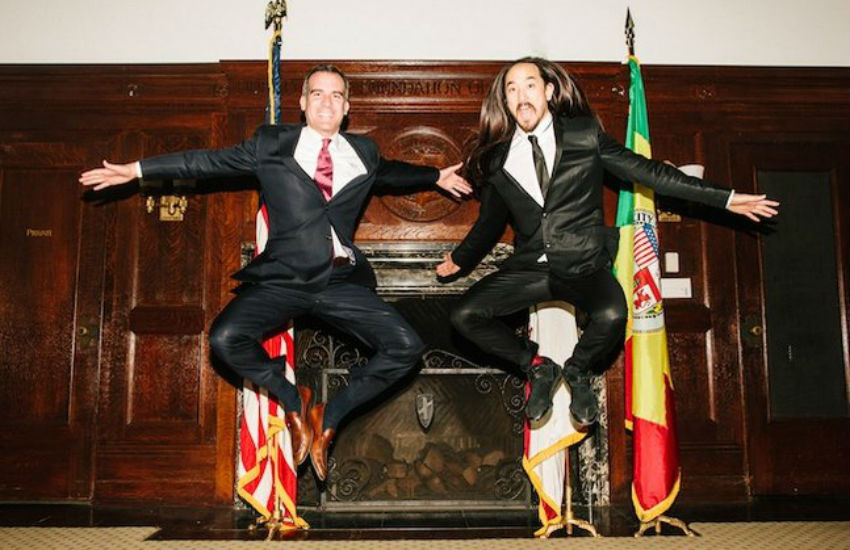 The Mayor’s office and DJ and house producer Steve Aoki just announced a whopper of a freebie happening downtown on May 16. “LAoki” is a free concert, which will take place on Broadway between 4th and 6th street, and will feature Steve Aoki himself plus a list of yet-to-be announced artists. The concert is intended to promote Aoki’s new album Neon Future II (out May 12), the follow up to the producers highly acclaimed Neon Future I. But the really cool part about this show is the fact that people must sign up prior to admission for Mayor Garcetti’s Volunteer Corps, dedicated to making the city a better place to live through volunteer work.

“The Mayor and I thought it was a good idea to do something with community service that’s on the streets of downtown L.A. So it’ s more than just a show,” Aoki told Billboard who broke the story earlier today. Mayor Garcetti added: “We go to these wonderful places like Coachella or other festivals but we don’t have as many outdoor concerts as we should right here in the music capital of the world.”

Stay updated up on the schedule here.

UPDATE: The May 16 concert “LAoki” is now sold out.