Home Pop Culture Seth Green Explains How One of the Weirdest Shows on TV Made... 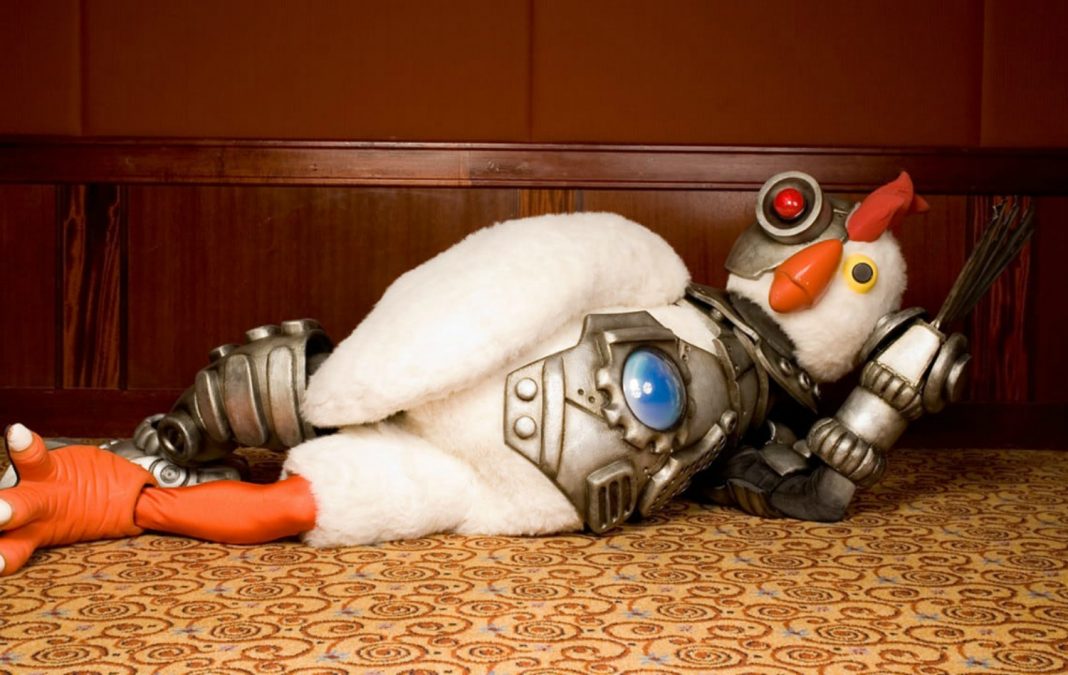 When Robot Chicken premiered on Adult Swim back in 2005, certain sects of pop-culture fandom were decidedly less mainstream. “When we first started the show, we would say a name like Voltron and we would have to wonder how many people knew what we were talking about,” Seth Green, the show’s creator, says by phone from Stoopid Buddy Stoodios in Burbank. People talked anime and superheroes on message boards or inside comic book shops, but Robot Chicken brought it to basic cable, digging into genre entertainment and collector fascinations through pint-sized, stop-motion animated sketches that became a multiple Emmy-winning hit. On September 29, the series will begin its tenth season, leading up to its 200th episode.

That’s a stellar run for a project that Green and co-creator Matthew Senreich had initially conceived as a single short. The original premise was that Green, who was perhaps best known at the time for roles on Buffy the Vampire Slayer and in the Austin Powers series, and Conan O’Brien would venture to a pop culture convention in search of Britney Spears, meeting toy versions of famed figures along the way. “We never expected it to become a show,” Green says.

Since then, they’ve satirized everything from the Smurfs to Disney princesses. Their deep-dive parodies of Star Wars and the DC Comics universe morphed into multiple specials. Meanwhile, pop-culture fandom communities exploded online, flooding into the real world. Social media turned fan talk into trending topics and then news stories. The success of Iron Man in 2008 launched a whole Marvel Cinematic Universe of blockbusters. Fan conventions proliferated across the country with events like San Diego Comic-Con and Anime Expo becoming hot tickets. (“San Diego Comic-Con used to be a vacation for me,” says Green.) Soon, everyone knew what cosplay was; you could go even go to music festivals and spot people dressed as characters from Sailor Moon.

“It seems like all of these icons and stories have grown in popularity,” says Green, “and it’s made it much easier for us to appeal to a mass audience, as opposed to such a niche group of fans.”

Still, Robot Chicken isn’t trading in nostalgia for the sake of it. Nor is it a string of references tied together simply because they’re recognizable. There’s a point to the sketches and, often, that’s tethering fiction to the real world. “I feel like our greatest kinds of success are doing that, finding the most human mundane point of view,” says Green. “No matter how fantastic Thor is as a god, you’ve got to wonder who is brushing his hair and what kind of blowdryer he’s using to achieve that spectacular shine and curl ratio.”

The show has never shied away from current events either. “Typically, with politics, especially politicians, we tend not to make what we feel are political jokes, as much as just generally silly comments about individuals,” he says. With that in mind, you can expect the return of Donald Trump in season 10. This time around, the President is interviewed by Teenage Mutant Ninja Turtles character April O’Neil. (If you watched the ’80s cartoon, you’ll recall that O’Neil is a TV journalist.) “Trump has a real world habit of saying things that are fundamentally false with an incredible confidence and arguing with people by calling them names to discredit the viability of their argument,” says Green. “The way that Trump insists that things that are provably false are fact, that’s kind of an insane quality for a president. We’re just trying to highlight that in a comedic way.” We don’t want to give away the joke, but it’s a good one.

In addition to Robot Chicken, Green also made his feature film directorial debut recently with Changeland, which he also wrote. “I was inspired to tell a very simple and human story,” he says. Changeland is a quiet film about two friends traveling in Thailand. Perhaps the most it has in common with Robot Chicken are the participants, like Breckin Meyer. “I’ve always been told that if you direct a movie, you’ve got to stack the deck in your favor in every category,” says Green. He was also filming in a foreign location with a small budget and limited time. “I had to hire all actors that I knew that could guarantee that they were going to be great and be great in one or two takes.” It was a learning experience, Green says.

Ten seasons of Robot Chicken have been an education as well. A lot of that’s technical; stop-motion animation is labor intensive, even with recent technological advances. But there’s also the creative element that comes with writing comedy for a series that can take a long time to produce. “You can’t make a joke that’s only going to work for a week, the way that Saturday Night Live can,” says Green. “You have to make a joke that somebody can watch five years from now and still find funny.”

RELATED: Scream Queen Emma Roberts Is Afraid of Everything