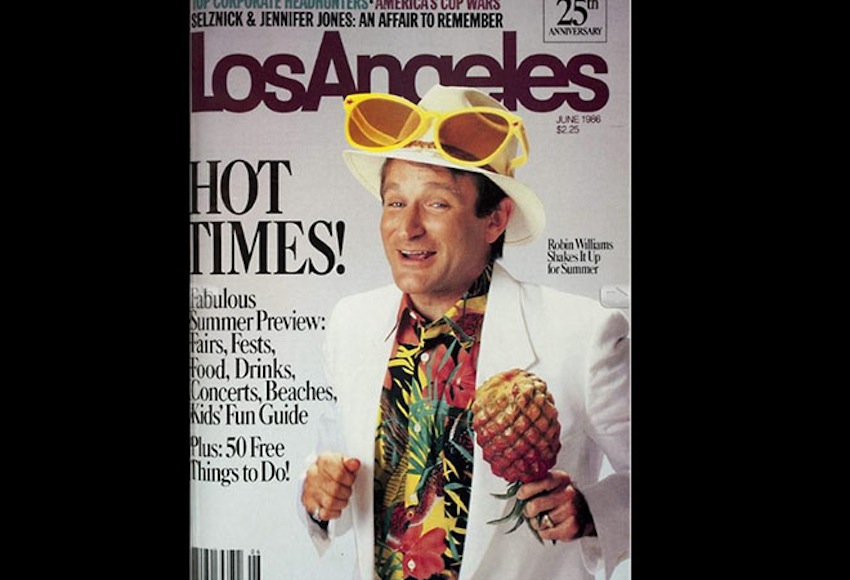 Update: August 12
According to a statement from the Marin County, California Sheriff’s Office, coroner investigators believe Williams’s death “to be a suicide due to asphyxia.”

Sad news: Robin Williams has died. The actor, who was 63, was reportedly found unconscious at his home, and is suspected to have taken his own life. In a statement, Williams’s representative, Mara Buxbaum, said he had recently been battling severe depression. Just last month it was reported the actor had checked into a treatment facility to focus on his sobriety. The Marin County Sheriff’s Department is investigating his death.

Williams will be remembered for countless roles—his performances in The Birdcage, Aladdin, Mrs. Doubtfire, and Good Will Hunting, the last of which earned him an Oscar, come first to mind—but we’ll be taking a moment today to look back on one of his lesser-known appearances, as a cover star on our June, 1986 issue. In it, Williams is holding a pineapple upside down while donning a Hawaiian print button-down, a white blazer, a white hat, and some seriously oversized glasses. The outfit is big—the better to fit Williams’ beloved talent and personality.