Home RIP In a Never-Before-Published Interview, Robert Evans Talks ‘Chinatown’: ‘We Weren’t Sure If... 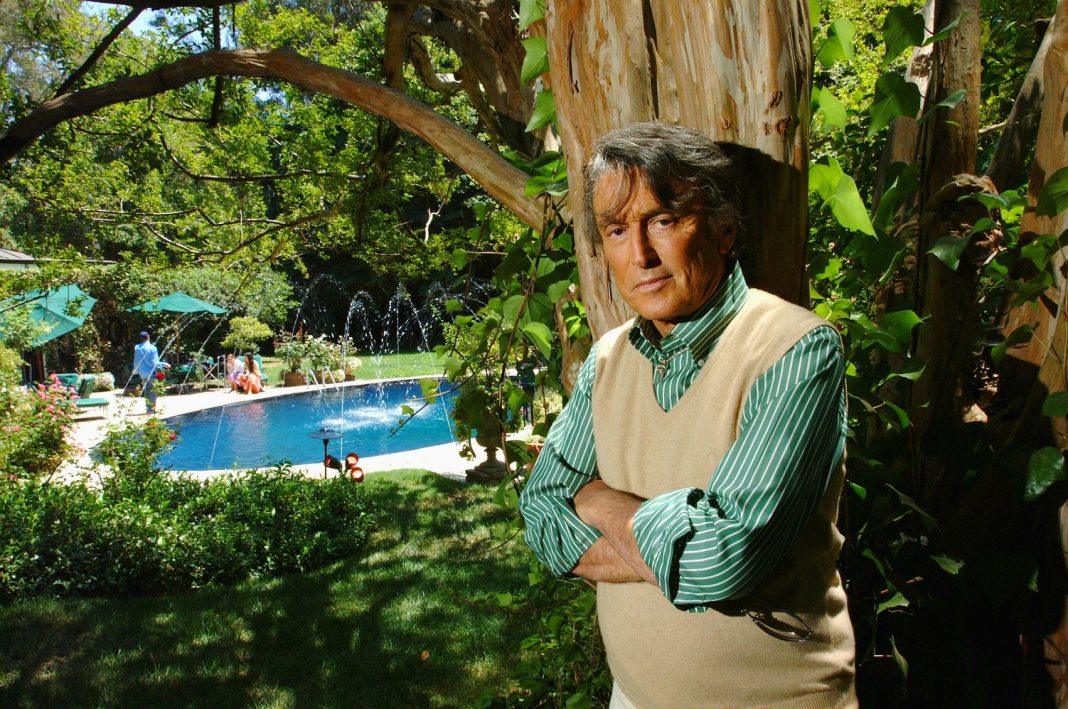 Former Paramount chief Robert Evans—who died on Saturday, October 26—was the mogul behind some of the greatest films ever made, but he rarely talked in-depth about one of the very best pictures he ever produced: Roman Polanski’s Chinatown. In fact, he rarely talked to journalists at all.

When I landed a one-on-one interview with him in 1999, I made sure Chinatown would be the main focus. The Q&A, conducted 13 months after Evans had had a stroke, was also likely the first major interview with him after he regained his ability to speak.

Ultimately, I ended up using only 43 words from the Q&A for pieces that I wrote for the Los Angeles Times in July 1999. In subsequent years, I actually lost the audiotape of my interview and couldn’t find it anywhere—until early 2019, when I found it and used 22 seconds from it for a video I was making.

Other than that, not a word of this conversation has been seen or heard by the public— until now. Here is an edited transcript of the Q&A, which took place on June 4, 1999.

So, “Chinatown” couldn’t be made today.

Oh, no. It had a very difficult time being made then.

Most of the people at Paramount, including distribution, which didn’t know how to distribute it….In those days, during the summer, 20 percent of your business came from drive-in [theaters]. [Execs said], “Who’s going to sit in a drive-in and listen to this all the time?” On the first preview of the film we had at the Directors Guild, the audience, when it was over, people walked out, an agent [turned to me and] said, “Too bad.”

Was that your reaction, too?

When you fixed the score…

The score changed the entire picture to a great extent. Jerry Goldsmith wrote it in eight days. And Roman [Polanski] loved the score then, too, but unfortunately he had pre-booked to do an opera in Spoleto and couldn’t be here for it…The score, I think, is one of the stars of the film. It’s a haunting score.

The sound of a single trumpet. If ever there was a film that was a collaborative effort between actor, star, director, the producer, this is it.

Yeah, that was a risky decision.

I backed Roman because I thought that was the right way to end it. Bob [Towne] and Roman had a disagreement on that. We had to resolve that between the three of us. Today, that wouldn’t happen anymore—it would go out to marketing. And marketing would test [the ending] 18 different ways.

Is there any way that the movie industry can be reconfigured in some way so that you can make the movies of the Robert Evans era?

Well, uh. [pause] I don’t think so. [laughs] There’s no such word as an independent producer unless you have your own money. And I happened to be running the store at the time, so I could do as I wanted. But it’s become more of a marketing business like Burger King and McDonald’s, what have you. And the theatrical [release] part of the picture is only a tangential part of the overall picture; there’s cable, there’s you name it. Added to that, the cost of making a picture today is obstreperous. You know, Chinatown cost three-million four-hundred thousand dollars to make?

And the studio was scared of it and took on a partner for 25 percent. [laughs] Up until the time the reviews broke, we weren’t sure whether we had a disaster on our hands or something that was just different.

But at some point did you feel the adrenaline, like, this is going to be a classic?

You know, yes, but we were scared, though…It’s not like watching Jaws, which is a spectacular picture, and all the special effects and the audiences jump up and down. When the picture’s over with Chinatown, there’s not a sound in the theater, people walk out [of the theater] and you [don’t] know what they’re thinking. You can’t read it. I knew I had a success, though, with the picture when we previewed it in San Francisco, and, when the picture’s over, a woman walks over to me and pointed her finger at me [and said], “You should be ashamed of yourself!” Then I knew I had a hit! [laughs]

It evoked an emotion!

Today, what do you admire about it? Do you ever watch it for pleasure?

I like to dissect it. I mean, I had the luxury of working with the best actor, a sensational actress, the most talented director I’ve worked with until this day, and possibly the most extraordinary writer. That’s not a bad combination for anyone to have. And we took the time and we didn’t compromise, we didn’t listen to the pressures that were brought to bear, we didn’t have to, because I happened to have been the boss at the time. It worked against me, because when the picture opened and it got all the great reviews and everything, everyone at the studio said, “He has no right running the studio and making his own pictures. That’s why our pictures aren’t working, he’s spending the time [that should be spent on] our pictures making his own.” So, I had to make a decision. I had to leave my job as head of the studio; I had a five picture contract for five years, a picture a year, if I run the studio — that was my bonus, supposedly, for “The Godfather”….

You were working with a great director, but he hadn’t had a hit since ’68 —

And [Faye] Dunaway hadn’t had a hit since ’67. And the script, nobody could understand it at the time…

At the time, that’s correct.

So what was going through your head when you green-lighted it?

….I’d rather work with someone who’s had two brilliant things, or one brilliant thing, and a lot of failures, and so then it’s up to me as a producer to get that brilliance out of the person. And Bob Towne turned down my $175,000 offer to write The Great Gatsby and got $25,000 to write Chinatown.

Towne said that he thought that that impressed you.

When you watch Chinatown today, what do you like most about it? What scenes do you go back to?

Every time I watch it, it’s a different scene that gets to me. The scene in the bathroom when [Jake Gittes] looks in [Evelyn Mulwray’s] eyes….And they’re in bed and the phone rings, a wonderful scene. The cutting of the nose is an extraordinary scene. The end, one shot for the entire [scene] where the car pulls away…. I pick out new things about it every time I watch it.

I think a lot of people do. It’s so rich in detail…

And it didn’t happen by mistake. It happened through a lot of arguments, fights.

It almost fell apart at one point. Was there one point at which you thought this isn’t going to happen, particularly because there was a spat between Dunaway and…

And Roman. There was warfare throughout the picture, but that’s healthy. That’s healthy. But everyone was having a great time. At the same time, when we were making The Great Gatsby at the company—and everyone loved Gatsby, [they said], “Ah, this is brilliant.” What happens is, they both opened the same year, one went on and made a dent in filmology and the other was another pretty face, disappeared very quick. Invariably, when you’re irreverent, you have a shot, possibly, at magic. And I think we did that. To this day, I have never worked with anyone like [Polanski].

From Rosemary’s Baby on, you were onboard with [Polanski]. Describe him. What makes him such a great director?