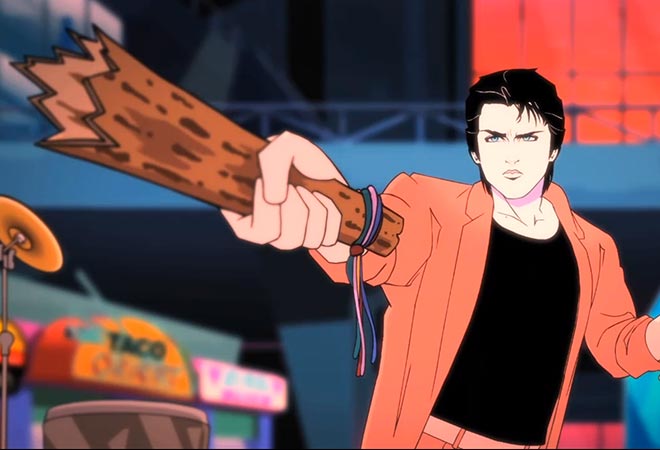 WHAT: It’s the role Rob Lowe was born to play: Dazzle Novak, the handsome, sleazy, dumb-as-a-rock cop who patrols fictional Moonbeam City, which also happens to be the title of a recently announced animated show. If the cartoon’s style looks familiar, it should. The Comedy Central series is paying homage to Patrick Nagel, the artist whose flat drawings of angular women became totems of the ’80s. Though Nagel, who is probably best known for designing the cover of the Duran Duran album Rio, died in 1984 at the age of 38, you can find evidence of his influence throughout the worlds of advertising and illustration. When we wanted an iconic image for the cover of our July ’80s issue, Nagel was the obvious choice. The producers of Moonbeam City must have felt the same way.

VERDICT: Totally rad. This is one of those times when imitation really is the sincerest form of flattery. Take a tangerine suit worn over a black t-shirt (we’re assuming loafers without socks are also involved), throw in the voice talents of Will Forte and Elizabeth Banks, and add a dash of Michael Mann’s Miami Vice ethos. With its postmodern comedic sensibility, the resulting show, scheduled to debut in 2015, looks like a winner.