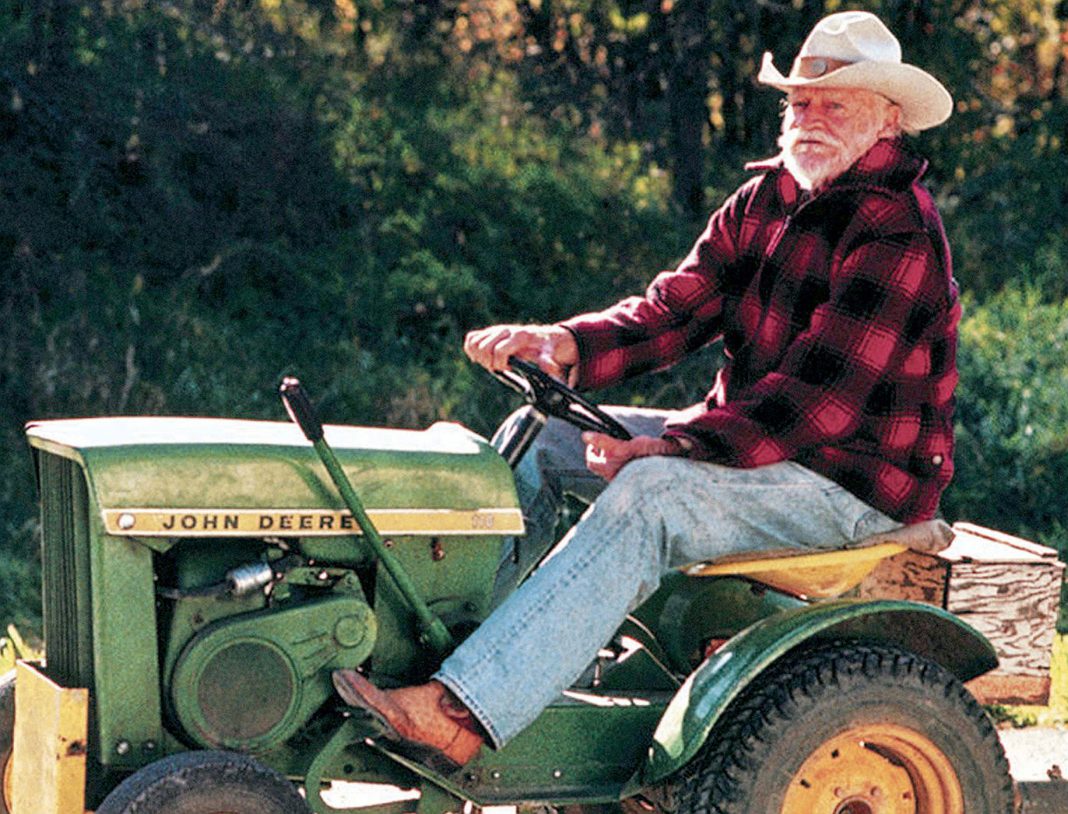 From its opening frames, Alexander Payne’s most recent film, Nebraska, reminded me of David Lynch’s 1999 film The Straight Story. Lynch’s film, which starred Richard Farnsworth and got him an Oscar nomination, was based on the true tale of Alvin Straight, a 73-year-old Iowa man who in 1994 rode a lawnmower 350 miles to see his ailing brother in Wisconsin. You remember the scene in Nebraska when Bruce Dern is found walking in traffic, determined to get from Montana to Nebraska to collect a $1 million prize he’s sure he’s won? That portrait of a man in his twilight, gripped by a sense of lonely determination, was also at the core of Lynch’s eighth feature. But being Lynch, he infused it with a sense of mysticism, too.

Both films were nominated for the Palme d’Or at the Cannes Film Festival, which is where I first saw The Straight Story. Sitting in my fold-down velvet seat in the Palais very early one morning, I was struck by the intentionally slow pace of Lynch’s movie, which was already being labeled a departure for him. I know, I know: “slow pace” is not usually what makes you run out of your house and into a movie theater. But in this case, it worked. It was almost as if the film were a rumination on throttling down, taking your time, truly seeing the world as it rolled by, and being open to what the universe might bring.

At the time, a Disney executive – yes, The Straight Story was released by Walt’s company and was rated G – called the film “an ode to America, to human values.” Farnsworth encounters many decent mid-Western folk on his journey, and the friendships he makes are a seeming validation of what is best about a country that sometimes forgets its kindest self. But partly thanks to a powerful score by Angelo Badalamenti, the film left viewers thinking bigger thoughts about meaning, about aging, and about, dare I say it, even the existence of God.

I interviewed Lynch and his cast members for the Los Angeles Times right before the movie came out. The writer-director told me it had been a challenge in that it required capturing the content of a man’s heart. “It’s a very tricky business, emotion, and how to get it on film,” he said, adding that he saw similarities between The Straight Story and his 1980 film The Elephant Man. “Some ideas aren’t so emotional. These ideas are. But how do you translate that and get it through to people? That’s the trick.”

My assessment of the film at the time read like this: “Rarely have endless rows of corn been so embraced by a camera. But among the windmills and silos, bleached-out barns and harvesting machinery, there are also images that will warm the hearts of die-hard Lynch fans: An ample woman on a plastic lawn chair, for example, sunning herself with a metallic reflector while biting into a pink Sno-ball.”

But my favorite comment on The Straight Story came from actress Sissy Spacek, who played Straight’s daughter. “It’s a 4-mile-an-hour road picture,” she told me. “It’s about living your life and not having regret. It slips up on you and hits you from behind.”