Home Film Does ‘The Rise of Skywalker’ Go Overboard with the Fan Service? 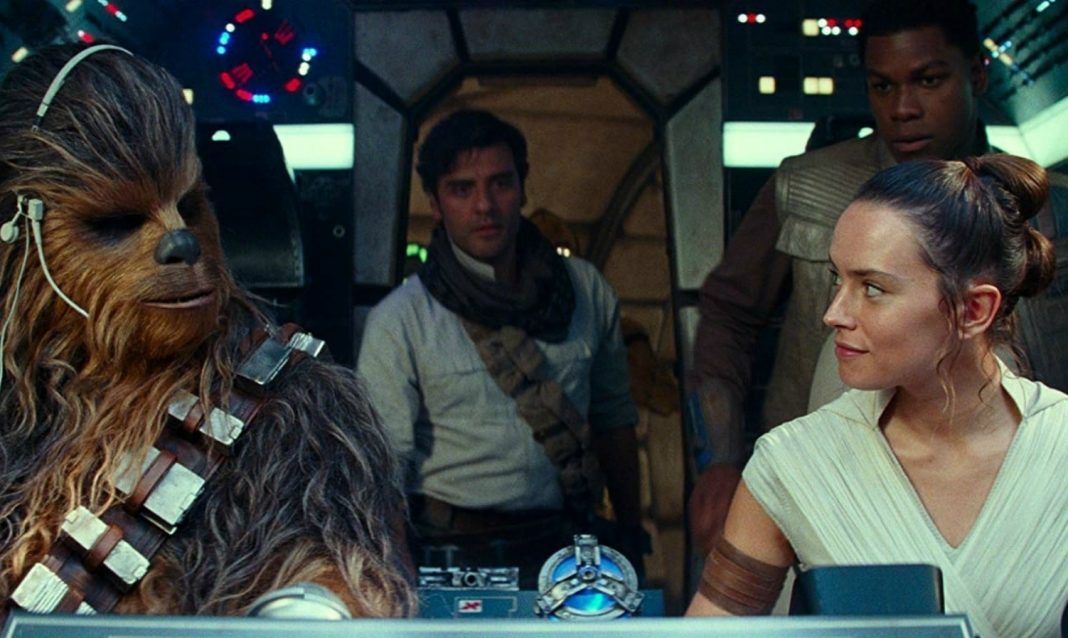 Some spoiler-y stuff ahead…

After two years of Star Wars traditionalists (aka “fanboys”) griping about how Rian Johnson’s The Last Jedi abandoned the world-building of J.J. Abrams’ 2015 The Force Awakens, Abrams is back with The Rise of Skywalker and, if the first reviews are to be believed, it might be just what they wanted, and it might also be just what they deserve.

The ninth and final entry in the 42-year-old galactic saga stands at just a 58 percent fresh score at Rotten Tomatoes, with some reviewers complaining that Abrams put so much fan service into the film that it feels cloying, predictable, and like it was made by committee.

Indeed, the movie literally resurrects the past with an opening crawl that begins, “The dead speak!” and quickly reveals that Emperor Palpatine/Darth Sidious—last seen being tossed down a Death Star II exhaust port by Darth Vader in 1983’s The Return of the Jedi—is not so dead after all.

In a two-and-a-half star review at RogerEbert.com, Brian Tallerico writes, “Some of the action is well-executed, there are strong performances throughout, and one almost has to admire the brazenness of the weaponized nostalgia for the original trilogy, but feelings like joy and wonder are smothered by a movie that so desperately wants to please a fractured fanbase that it doesn’t bother with an identity of its own.”

Reflecting on Abrams’s choice to have Kylo Ren (Adam Driver) put his Vader-esque helmet back together after smashing it in The Last Jedi, Tallerico concludes, “Sometimes you can’t just put things back together, and revisit history in a way that doesn’t feel craven and desperate. People will see the cracks.”

“If anything, the director has overcompensated, practically tripping over himself in a mad-dash effort to deliver the expected goods and then some,” the Hollywood Reporter’s Todd McCarthy notes, but adds, “The dramatic structure owes more to a pinball machine than to a logically planned trip, but this doesn’t matter all that much, as most viewers will just be on board for a great ride and more than willing to go wherever the film takes them.”

Time‘s Stephanie Zacharek is less kind: “This overloaded finale, directed by J.J. Abrams, is for everybody and nobody, a movie that’s sometimes reasonably entertaining but that mostly feels reverse-engineered to ensure that the feathers of the Star Wars purists remain unruffled. In its anxiety not to offend, it comes off more like fanfiction than the creation of actual professional filmmakers. A bot would be able to pull off a more surprising movie.”

At the Chicago Sun-Times, Richard Roeper sums it up, writing, “The Rise of Skywalker rarely comes close to touching greatness, but it’s a solid, visually dazzling and warmhearted victory for the Force of quality filmmaking.”