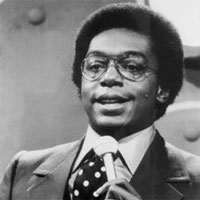 This morning, the 75-year-old creator and host of Soul Train, Don Cornelius, was found with a gunshot wound to the head in his Sherman Oaks home. He was later pronounced dead at Cedars Sinai hospital. Although Cornelius’ death has been preliminarily ruled a suicide, the Los Angeles Police Department has opened an investigation.

Soul Train was the hippest trip in America during the ‘70s. The TV show, which was originally set and aired in Chicago, featured live performances by musical acts. Soul Train moved to Los Angeles once it became nationally syndicated.

Cornelius gave local kids the chance to dance down the famous “Soul Train line” on his show every week, and it became a showcase for new dance moves and fashion during its 35 years on the air (Michael Jackson learned the moonwalk after seeing it on the show).

Cornelius was also known for signing off each episode with “love, peace, and sooouuul.” He brought attention to the African American community with show games like the scrabble board, where two dancers had to unscramble a word, name, or phrase. The answers always related to black culture.

Cornelius stopped hosting Soul Train in 1993, but it continued to air until 2006, making it the longest-running nationally syndicated show in television history.

As someone who grew up watching Cornelius every Saturday morning, I found the news of his death shocking and sad. He brought love, peace, and soul into so many lives. It’s especially tragic his life ended this way.