Home Uncategorized Review: Seeking a Friend for the End of the World 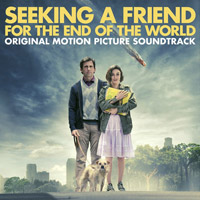 The end really is nigh in Seeking a Friend for the End of the World. Matilda, a 70-mile-wide asteroid, is racing toward Earth. All attempts to avert disaster and save mankind have flopped. Humanity has only three weeks left to live. What happens next?

Writer/director Lorene Scafaria tries to answer that question in her doomsday dramedy as a 20-something free spirit (Keira Knightley) teams up with a mojo-less, middle-aged shlub (Steve Carell) to tie up loose ends before the Eschaton. Though the film requires a serious suspension of disbelief, Carell and Knightley’s chemistry makes the farfetched concept work.

As Dodge, Carell is at his hangdog best, playing a down-on-his-luck schmuck whose wife has left him. Knightley, quirky and dignified, turns Penny into a revamped version of Phoebe from Friends. The pair’s journey gives the plot its momentum, but the movie doesn’t always know what it wants to be. Certain scenes (an apocalyptic orgy at a family restaurant chain) are hilarious while others (Dodge confronting his father) are poles apart. These disparate vignettes don’t always cohere despite laugh-out-loud appearances by Rob Corddry, Connie Britton, Adam Brody, Martin Sheen, and Patton Oswalt. It’s too bad they don’t get more screen time; their presence gives Dodge and Penny’s relationship more depth.

If the first reel is predictable—the characters have three weeks to make amends and cross items off their bucket lists—the movie does a 180 in the second half. Dodge and Penny are an unlikely pair, but Carell and Knightley bring such charisma to their roles that they make the characters compelling and entrancing. Scafaria’s writing lends the denouement a sentimental and more serious tone, and as the end draws near and Dodge and Penny start falling for each other, the story starts to find its purpose. If ever a film had a genre-defying conclusion, Seeking a Friend should convince viewers to reconsider their assumptions about rom-coms.