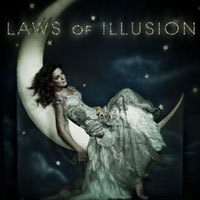 On special, rare occasions, music has the ability to transcend generations. Sarah McLachlan isn’t considered an Elvis or a Madonna–yet—but her always-relatable songs bear all the makings of the classics.

McLachlan, stunning in a glittering black, floor-length gown, played to a packed Hollywood Bowl audience Thursday night. Backed by a full-fledged orchestra for only her second time ever, McLachlan delivered a performance reminiscent of the days before Afterglow was released seven years ago.

The woman of the evening graced the stage shortly after. Following a brief introduction, McLachlan, who was barefoot, dove into a trio of songs, exchanging her acoustic guitar for the piano mid-routine without wasting a breath.

Soulful yet soft around the edges, McLachlan eased the audience into her performance by opening with hits from her double-platinum Afterglow, including an unforgettable rendering of “I Will Remember You.” The number seemed to elicit the same, emotionally-charged response it did in 2004, despite the years of rust and airplay. Music from Laws of Illusion, which was released in 2010, kept the set sounding fresh.

A string of melancholy songs preceded “Love Come.” She stared off into the distance for this sadder, slower piece, as if reflecting on the very relationship struggles that inspired Laws of Illusion (the singer was divorced in 2009).

McLachlan closed her set with the lesser-known “Smile Empty Soul.” Thinking the show was over, a number of people started for the exits. But McLachlan returned to the stage for encore performances of “Arms of an Angel” and “Ice Cream,” the highlights of the evening. Those who weren’t standing at their seats stood frozen in the aisles, hanging onto every last lyric.