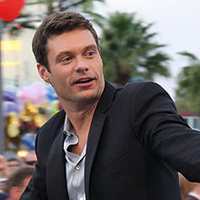 Three months after kicking off a North American tour behind his critically-acclaimed 2011 release, Ashes & Fire, Ryan Adams was back home in L.A., playing two solo acoustic shows at Walt Disney Concert Hall over the weekend.

We say shows because that’s what Ryan Adams’ concerts are—the alt-country rocker rambles and rants, often hilariously, between songs, so while you pretty much know what he is going to perform, you never know what else might come up.

What came up Friday night—Val Kilmer as Mark Twain for the opening act, an insightful riff on Ghost Hunters, where to find the blueprints for the Starship Enterprise (the Internet, of course), and this seemingly spontaneous ode to Adams’ “emotional genius” of a cat—made the night feel intimate. His near perfect, pared-down set made it one I’m going to remember long after I lose the ticket stub (it’ll happen eventually, despite my best intentions).

Adams’ opening number, “Oh My Sweet Carolina,” didn’t so much fill the concert hall as transfix it. He picked up the pace (a bit) with “Ashes & Fire,” then turned out a performance of “If I Am a Stranger” that drew a large whistle and two big “yeah!”s from the audience—the indie music equivalent of two dudes in body paint high-fiving after a touchdown. There were a few technical problems that came up—Adams’ guitar just didn’t want to get in tune—but his voice was in beautiful condition, and never better than during “Firecracker,” which Adams began with an especially woozy harmonica part and sang as if at home alone.

In all, Adams performed 22 songs, accompanying himself on the guitar and the piano. For the last third of the night he stood, and closed the show with a pretty rendition of “New York, New York” and his cover of “Wonderwall,” which is so simple and so heartbreaking, it has forever replaced the original version in my memory of the song.

Adams makes fun of himself and his music for being so sad, but I left downtown Friday glad to have spent the evening listening to his work, and glad we can call him one of our city’s own.