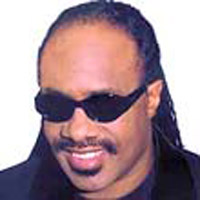 Going in, I knew Sunday night’s Ricky Minor, Stevie Wonder & Friends concert at the Hollywood Bowl could end up a mixed bag—why should a headliner as likeable, as prolific, and as peerless as Stevie Wonder bother with friends? What I didn’t know is how many highlights that mixed bag would include, and there were plenty.

Global Soul was the theme of the KCRW-programmed show, and it kicked off with two-song sets from African artist Bombino, the gospel group Soul Seekers, L.A.-native Ma Doi Todd, Tijuana-born Ceci Bastida, and Rocky Dawuni, who Minor introduced as “Ghana’s answer to Bob Marley.” The lineup made for a pleasant enough but unfocused start.

Once Charles Bradley, dressed to the nines in a crystal-studded red suit, joined the house band on stage for killer renditions of “The World is Going Up in Flames” and “Heartache and Pain,” a mood started to gel. The crowd finally put their wine bottles down and settled into their seats. When Bradley dropped to his knees mid-way through “My Lover’s Prayer,” letting out one of those screams so high and salty you can’t help but smile, the concert really began.

Grace Potter followed Bradley to the stage, wailing “Hot Summer Night,” “Paris Ooh La La,” and “Medicine” in possibly the shortest dress ever worn on the Hollywood Bowl stage, then closed the first half of the show with a wild take on Tina Turner’s “Proud Mary.” “Forgive me my trespasses,” she said over the opening beats of the classic, “and kiss my ass if you don’t like it.”

Musically, the second half picked up where the first left off. Janelle Monae graced the audience with a subtle, stunning performance of “Smile,” picked up the pace with “Cold War,” then danced her way into and out of a rendition of The Jackson 5’s “I Want You Back” that was so on-note and so fun, so alike the original recording, it brought back the magic of early Michael Jackson.

By the time Sharon Jones had come and gone and Stevie Wonder and his piano had finally arrived, the night was almost over. Wonder got through a moment of silence for Norway and just two of the numbers on his set list—a medley of songs that influenced and inspired him that could have and should have gone on for much longer—and “Superstition.” All nine of the opening acts joined Wonder on stage to pay tribute to Marvin Gaye (the evening celebrated the 40th anniversary of “What’s Going On”), and then it was over.

Amy Winehouse passed away on Saturday, and while there likely wasn’t enough time to rework the concert to include any of the late singer’s work, there also just wasn’t room. It’s too bad. That, along with hearing Wonder’s complete set, could have really been something special.