Home Uncategorized Retelling the Story of the Central Park Five 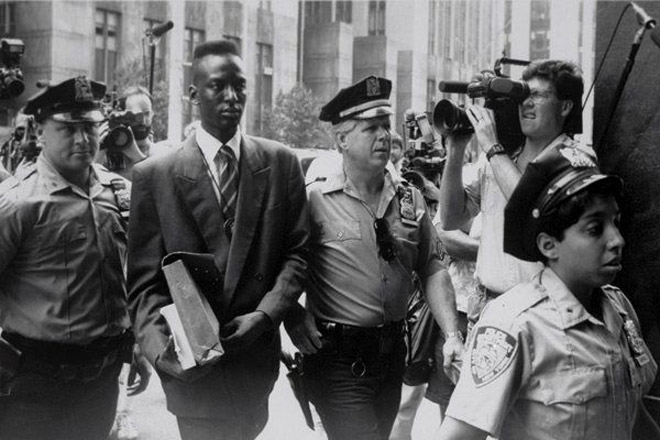 Perhaps as a reminder that challenges of racial discrimination still ring true, USC’s School of Cinematic Arts is hosting a screening tonight of Ken Burns‘ latest full-length documentary, The Central Park Five, which details one of the standout cases of American injustice over the last two decades.

A white woman was brutally raped and murdered while jogging around Central Park in 1989. Falsely convicted of what then-New York Mayor Ed Koch called the “crime of the century,” five black and Latino teenagers from Harlem each spent between six and 13 years in prison before a serial rapist confessed to the crime. Since being exonerated in 2002, the young men have struggled to get their lives back together. According to the filmmakers who shed light on their case, they’ve done so for the most part without the bitterness one might assume.

Released in November last year, The Central Park Five was co-directed by Ken Bruns, his daughter Sarah Burns (who wrote a 2011 book on the case), and her husband David McMahon. In classic Burnsian style, the documentary dives into the story from all angles touching on media coverage, public scrutiny, the police department, and most poignantly, the shattered lives of the young men arrested for a crime they didn’t commit.

Three of the five — Yusef Salaam, Korey Wise, and Kevin Richardson — will be on hand after Wednesday’s viewing to talk with members of the audience about their experience. “People will be able to see that these men are real people,” says Rosalind Conerly, assistant director of USC’s Center for Black Cultural and Student Affairs. She seemed well aware that some on-campus viewers might have a hard time connecting with the case on their own. The vast majority of USC’s current undergraduate population wasn’t born when the crime was committed.

Conerly said she hoped having some of the members of the Central Park Five in person would make the impact more clear, that “something that happened in 1989 is still affecting their lives now.” Beyond connecting a younger generation with an injustice that occured before their time lies a bigger problem: identifying and addressing other instances of judicial injustice embroiled in race relations.

“It’s definitely difficult to stay in the loop,” Conerly says, before suggesting the use of social media as means of raising awareness. But to demand accountability and bring about real change in cases like these, she says, “It’s going to take people willing to invest the time.”