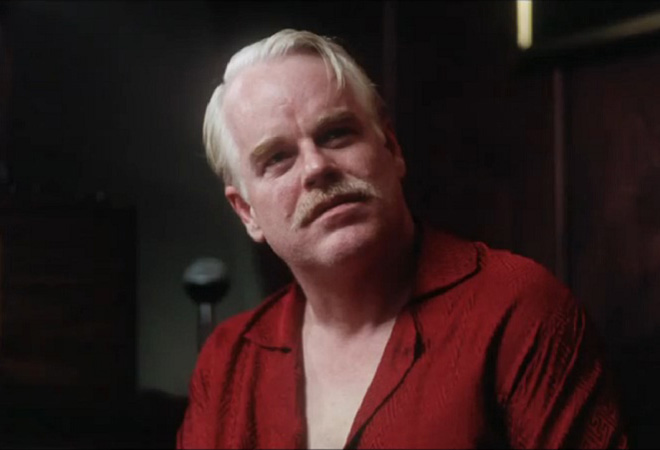 The usual clichés that attend a departure as shocking as Philip Seymour Hoffman’s this past weekend have about them, in this particular case, the added tragedy of being more true than we could ever calculate. Hollywood deaths are routine enough that it’s a measure of the esteem in which Hoffman was held that even the jaded were jolted; one renowned, long-time movie critic I know said that he “gasped” when he saw the news.

The proverbial actor’s actor who somehow always successfully concealed the flashy mechanisms of acting, Hoffman easily had before him several decades of splendid work. He seemed the last actor who was going to flame out and exhaust his gift because, even over a wide range of indelible performances—from Willie Loman in Broadway’s Death of a Salesman to the squirmy gay hanger-on in Boogie Nights to the scheming creep in The Talented Mr. Ripley to the seen-it-all CIA agent in Charlie Wilson’s War to the celebrated author in Capote for which he won the Academy Award to what have may his best work, the quietly charismatic and scarily commanding L. Ron Hubbard-like guru in The Master, for which he should have won another Oscar—Hoffman conveyed the gravitas and world-weary perspective of someone who knew who he was and successfully marshaled his sense of himself to his gift. The respect he earned from his peers had to do with both the immensity of his talent and his gritty commitment to it.

Hoffman’s life wasn’t given to tabloid fodder, but apparently that world-weary perspective was wearier than we knew, since the manner of his death at the age of 46 was, if anything, more stunning than the fact of it. Hoffman’s overdose from heroin—the habit of an earlier life that, for those who knew about it all, seemed well behind him—is bleak testament to the demons that lurk even in those who would seem to exorcise them so brilliantly and therefore, we conclude, completely. But the creative psyche always teeters precariously on the edge of never taking for granted the good things and always taking for granted the bad. Every artist, including those occupied by the gentlest of souls, is a ticking bomb.