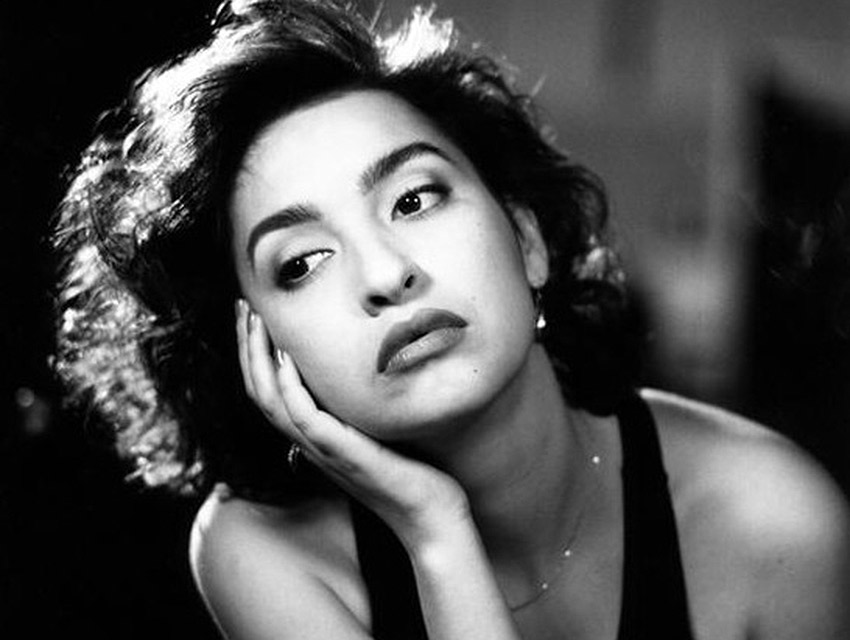 “Mira, mamí! She’s from El Salvador, too, and takes care of those kids, too! Just like you!”

My mother had come to the U.S. from El Salvador in the early 1970s to escape a violent husband, not a leftist revolution. She arrived in Los Angeles and promptly went to work for a family in Beverly Hills, a doctor and his wife and their young son whom she cared for like her own. It was that experience that shaped my understanding of what it meant for people like us to live in the U.S. And it wasn’t until I saw an actress who spoke with an accent portraying a character named Dora that I felt like maybe it wasn’t something to be completely burdened by or ashamed of—we were in this country for really good, life-saving reasons. And for six weeks in 1987, our experience felt somewhat comprehended not so much by the short-lived television show I Married Dora, but by the brilliant actress who brought a depth of compassion to a character who, like my own mother, utilized humor in the face of daily threats in a strange country as a method of immigrant psychic survival.

Elizabeth María Peña was born in 1955 to Cuban theater-making parents in New Jersey. She slipped into a certain nouveau Mexicanidad in 1987 when she portrayed a spectrum of Latina mujeres—her most salient roles included the vulnerable Rosie in La Bamba, who tells her common law husband Bob (played by Esai Morales) that she’s pregnant and refuses to be his puta (whore) after he utters his famous line, “It’s not my first. Or my last.” Peña also brilliantly rendered the sardonic Pilar Cruz in John Sayles’s acclaimed Lone Star, a character who had become so inured by both heartbreak and familial histories of colonial subjugation that she in the end she simply shrugged them off.

She was certainly not the first Latina actress to play up and down the oppressive, hot brown tropes of sexualized Latinidad or downtrodden immigrant abjection, but she was our first chance at the promise of possible ubiquity that comes with being the new majority. She was everywhere for a moment, and at 55, she was taken away from us much too soon. Elizabeth Peña created characters saddled by a range of structural disadvantages but always pulled each flaw and strength out as if they were the golden threads of a complicated femininity.