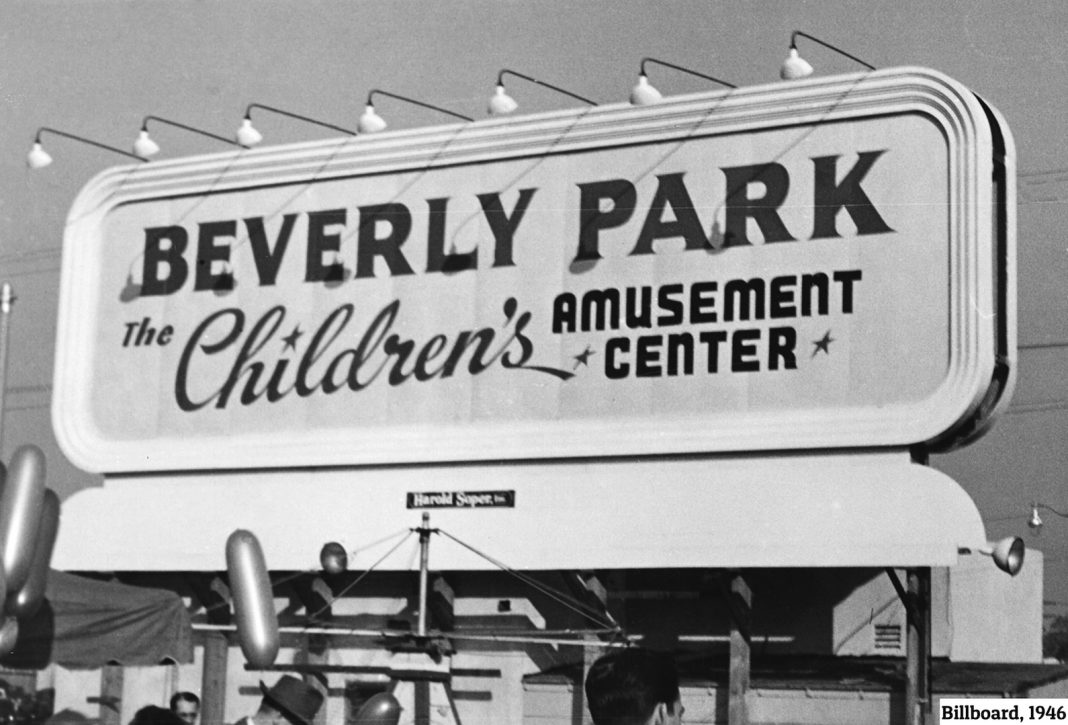 Courtesy of Jay Jennings and the City of West Hollywood

Whether you’re a transplant or a native Angeleno, you’ve got to know your Los Angeles history. Quick: Did you know that before the Beverly Center sprouted up on the corner of Beverly and La Cienega boulevards, there was a picturesque amusement park on the site?

Earlier this month, the City of West Hollywood’s Art Division announced a never-before-seen exhibition of images of Beverly Park, which was demolished in 1974. The exhibit, on view at West Hollywood Library through 2020, features photographs from the book Beverly Park: The Kiddieland that Inspired Walt Disney by Jay Jennings. The book documents the history of Beverly Park and the park’s connection to Walt Disney, who was known to frequent the park to learn more about the industry.

“Beverly Park had a magnetic appeal to it, resulting in generations of families going there to enjoy the carnival-like atmosphere, complete with Ferris wheel, merry-go-round, boat ride, roller coaster, and haunted castle, all the while captivating children from all walks of life into coming back, week after week, for more than 30 years,” reads the announcement from the City of West Hollywood’s Art Division.

You can order a copy of Beverly Park: The Kiddieland that Inspired Walt Disney by Jay Jennings here.

RELATED: Tail o’ the Pup Has New Owners and Is Reopening in L.A.