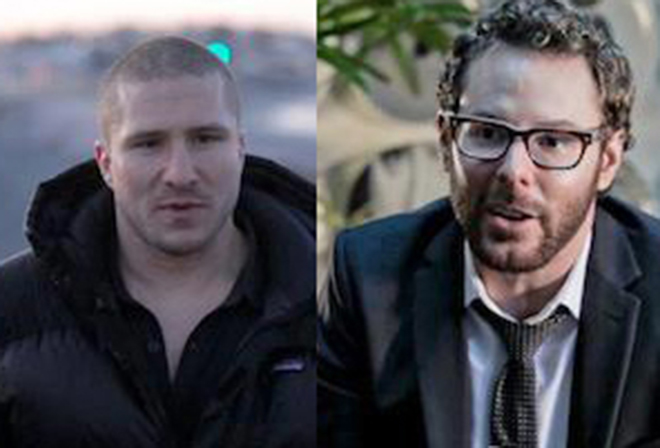 In 2000, Time ran a cover story with a picture of a 20-year-old Shawn Fanning and the headline: “What’s Next for Napster?” Thirteen years later, we’re finally getting some answers. In the documentary Downloaded, which debuted at SXSW in March and screened last night at Sonos Studio, director Alex Winter explores how Napster brought the music industry to its knees 13 years ago, and where all of the players are now.

Thanks to VH1, who funded a big portion of Winter’s vision, the filmmaker had full access to the archives of MTV (VH1’s parent company), including interviews on college campuses that date to Napster’s inception in 1999. The chirping of the dial-up modem earned plenty of chuckles at last night’s event, reminding us how far technology has come in the last decade and a half.

Downloaded follows the rise and fall of Fanning and Napster co-founder Sean Parker amid the music industry’s unsurprising refusal to work with the company and the inevitable lawsuits. Remember when Metallica showed up at Napster’s headquarters with reams of paper containing the info of alleged downloaders? It’s all caught here. As Winter said after the screening, “Nothing has been resolved. This documentary is not a narrative. The story needed to be told.”

Bob Lefsetz headed up the post-screening Q&A with Ian Rogers, formerly of Beastie Boys and Topspin; singer/songwriter Beth Nielsen Chapman; musician D.A. Wallach of Chester Frank; and the director himself. Lefsetz was every bit as frank as he’s known to be. Wallach described his experience at Harvard around the same time as Fanning’s stint at Boston’s Northeastern University as “an amazing rabbit hole of metadata.” Chapman’s rendition of Joni Mitchell brought down the house. And Rogers, who recently signed with Dr. Dre’s Beats to figure out a subscription-based music service, talked about the irony of teaming with Dre, a fierce opponent of Napster. Speaking of which, Dre made an appearance in the Napster narrative with a memorable quote: “Fuck Napster.”

Downloaded premiered in March in a limited theatrical release. It is available on iTunes and was recently purchased by AOL where it will be available in the fall. It will air on VH1 in 2014. Or you could just download it.