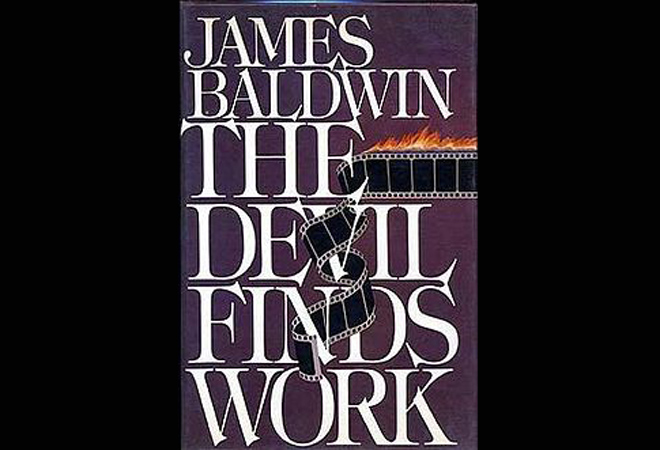 For the inaugural edition of this column, we bring you stories about the Bechdel Test and the box office, body-swapping movies, set photos, Captain America’s disillusionment with acting, and what might be the best piece of film criticism of all time.

“The Dollars and Cents Case Against Hollywood’s Exclusion of Women”
By Walt Hickey at FiveThirtyEight.
The Bechdel Test is a metric for measuring how much representation women receive in film. With some fancy math, Hickey demonstrates that it can also be an indicator of whether a movie will do better than its competition. It’s simple: Include women and your film will make more money.

“The Most Powerful Piece of Film Criticism Ever Written”
By Noah Berlatsky at The Atlantic
James Baldwin is well-known as a novelist, playwright, essayist, poet, and social commentator but as a movie critic? Berlatsky examines Baldwin’s one major work pertaining to cinema, 1976’s The Devil Finds Work, a book in which he takes stock of the portrayal of race in such films as Look Who’s Coming to Dinner and In the Heat of the Night. If nothing else, Berlatsky’s piece will make you want to check out Baldwin’s book as soon as possible.

The A.O. Scott / Spike Lee Kerfuffle
Critic A.O. Scott wrote an article about the varying depictions of Brooklyn in film and television over the years. Naturally, he name-checked director Spike Lee and his movies. Lee took offense and responded with an open letter to the New York Times. You can judge for yourself who stands on firmer intellectual ground.

Pajiba and Film School Rejects’s Epic April Fools’ Day Endeavor
Most April Fools’ Day jokes are annoying, but this is an exception. For a day, the staffs of Film School Rejects and Pajiba switched websites. What were their articles about? Body-swap movies, naturally. The best part is that while the piling-on of the joke makes it effective, each piece approaches the subject seriously and has something to say.

“How Captain America’s Chris Evans Finally Got Tired of Being Famous”
By Kyle Buchanan at Vulture
Actor Chris Evans recently caused a minor stir by announcing that he’ll be retiring from acting in order to direct once his contract with Marvel is up. Buchanan has put together a timeline of Evans’s career and the various statements he’s made about his work over the years. Viewed together, you see a portrait of someone who consistently feels unfulfilled by his work. In that light, his decision makes a lot more sense.

“Do we really need all these set photos?”
By Matt Singer at The Dissolve
Take a critical look at the fan frenzy for set photos and you’ll quickly realize it doesn’t make much sense. Singer picks apart all the bizarre contradictions and behaviors that come from both fans and studios through this phenomenon. The killer part comes when he contrasts the love of set photos with the widespread aversion to plot spoilers.

“Second Sight: How Channel-Surfing, an iPod, and Peggy Sue Got Married  Restored a Movie Critic’s Eyesight”
By Aaron Aradillas at Press Play
This is a harrowing account for anyone who values their eyesight. A film critic experiencing vision problems recounts how it affected his life. How can you appreciate a visual medium when you can’t see it? The answers are riveting, as is his narrative of all the ups and downs.