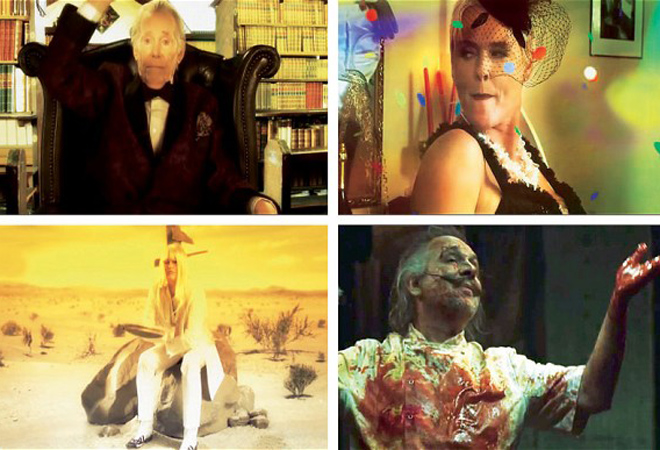 Please Kill the Expert Review by Sam Adams at Indiewire
You’ve probably read one or two “reviews” of movies or TV shows from people whose skills lie not in criticism but in some subject that they feel the movies or shows are depicting improperly. Adams takes this trend to task, reminding us of the true purpose of art and how nitpicking helps absolutely no one.

The Death of Sarah Jones by Jen Yamato at Deadline
There’s more to learn about the already terrible story of an assistant camera operator who died in a train accident during a Georgia shoot. Yamato looks into the backgrounds of the film’s producers and finds that their previous productions have had their own safety issues. This is an outrage-inducing, must-read investigation.

Worst film ever: the legend of “Eldorado” by Chris Bell at The Telegraph
Calling out any film as “the worst ever” is a mighty claim, but Bell makes a case for Eldorado. The real story is in the morbidly fascinating production of the movie. It was a giant scam, one that ended with the director getting thrown in jail.

Girls on Film: Hollywood Should Stop Pretending It’s Hard to Make a Female Superhero Movie by Monika Bartyzel at TheWeek
As Bartyzel points out, it only took three years after Superman’s debut for Wonder Woman to hit comic book stands. We’re 14 years into a cinematic superhero renaissance without a single major film starring a woman. Bartyzel cuts through the hemming and hawing by studio execs and makes a strong case for change.

Last week marked the one-year anniversary of beloved film critic Roger Ebert’s death. In the time since then, his website has been transformed into a space for multiple critics to write about film. In remembrance, RogerEbert.com published an extensive series of tributes, including writings by Ebert’s wife Chaz and his former television partner Richard Roeper.

Tilda Swinton Is Not Quite of This World by Carl Swanson at Vulture
With her new film Only Lovers Left Alive out this weekend, now’s a great time to learn about actress Tilda Swinton. Swanson talks about the collaboration between Swinton and filmmaker Jim Jarmusch, artistic integrity, unconventionality, and a host of other subjects.

Age of innocence: childhood on film by Pasquale Iannone at Sight and Sound
Movies allow us to visit other points of view, and they are a powerful way for adults to look through the eyes of a child. Iannone surveys the history of film to examine various portrayals of childhood. This will add at least a dozen films to your must-see list.