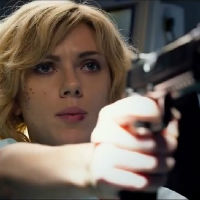 Negative Reviews of ‘The Kill Team’ Miss What Makes the Documentary Special. So Do the Positive Ones. by Robert Greene at Indiewire
In picking apart how critics approach a specific film, Greene lays bare how it ties into the flawed way in which they approach documentaries in general: too much talk about messages and content, not nearly enough about form. Documentaries are an art not a delivery system for news, he asserts.

Love Female-Driven Movies? Stop Supporting Bad Ones Like ‘Lucy’ by Amy Nicholson at LA Weekly
We’ve seen a spike in movies that star women conquering the box office lately. Most recently, the Scarlett Johansson thriller Lucy won its opening weekend. People are taking that as a positive sign. There’s just one problem, argues Nicholson: Lucy isn’t very good. What exactly are we celebrating with movies like it? True female strength or a hollow idea of “strong female characters”?

The Strange Year of the Posthumous Performance by Adam Sternbergh at Vulture
Michael Jackson. Rick James. Philip Seymour Hoffman. Christopher Evan Welch. Michael Hastings. James Gandolfini. River Phoenix. All of these artists have had or will have work come out this year. All of them are dead. Sternbergh tackles the bizarre trend and the various mechanisms that have allowed them to remain productive beyond the grave.

The Greatest Story Never Told by Luke Dittrich at Esquire
Benedict Fitzgerald wrote the script for The Passion of the Christ, the greatest religious hit of modern times. Did you know he wrote another screenplay, for a sequel to that film? He did. Then drug dealers, money launderers, and kidnappers got involved. Read the entire ridiculous story for yourself.

How Nicole Perlman Became the First Woman to Write a Marvel Movie by Lily Rothman at TIME
Guardians of the Galaxy, the newest film in the Marvel universe, is the first installment in the franchise that doesn’t focus on superheroes. It also marks another milestone: It’s the first Marvel film penned by a woman. Nicole Perlman has come a long way to get to this point, and it’s an impressive first release for any writer. Rothman traces her journey as well as the process of writing Guardians.

‘Lucy’ and the enduring appeal of the instant upgrade by Tasha Robinson at The Dissolve
Lucy. Captain America. Neo. That guy from Limitless. These and other movie protagonists have one thing in common: They gain extraordinary abilities instantly and effortlessly. Robinson picks apart why this is a trope that we keep coming back to.

The Down and Dirty History of TMZ by Anne Helen Peterson at BuzzFeed
“There’s no doubt: [Harvey] Levin absolutely changed the way celebrities function today.” This story is exactly what it says in the title. Read and learn how a bunch of horrible people altered the paparazzi game and celebrity culture.