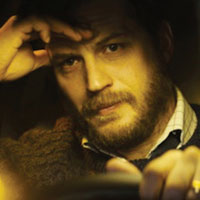 The “Star Wars” Sequel That Never Happened by Mike Ryan at ScreenCrush
With news breaking this week about Episode VII’s cast, what better excuse to look back in the franchise’s history? When the first film was coming out, George Lucas had an idea for how a sequel might go. That idea ended up being discarded, but it was turned into a book–the first piece of the “Expanded Universe.” Ryan looks at the book and wonders at what might have been.

Advice to Young Critics by Matt Zoller-Seitz at Roger Ebert’s website
More people than ever before are offering their opinions about movies in public forums. What makes a quality film critic? Zoller-Seitz offers ten tidbits that he can help cineastes hone their critical voice.

Art of the Real: Hybrid Cinema Timeline by Dan Sullivan at Film Comment
We tend to think of documentaries as being “real” and narrative films as being “made up.” The truth is that the line between the two has been blurred by various films for as long as there have been movies. Sullivan catalogs the best examples of this hybridization.

Days of Future Present by David Fear at The Dissolve
Fear examines several landmark science fiction films and picks apart how each one’s vision of the future was really an expression of contemporary concerns. Metropolis is about industrialization. Planet of the Apes is about civil rights. Blade Runner is about class. So on and so forth.

The curious case of the Japanese remake of “Sideways” by David Ehrlich at The Dissolve
We’re used to inferior American remakes of foreign films, but it works the other way too. Ehrlich has few good words for the Japanese version of Sideways (which takes place in the same locations as the original but with a new cast). Yet this article will likely make you want nothing more than to seek it out and experience it for yourself.

Solo Act: The Making of Tom Hardy’s Man-Alone Drama, “Locke” by Matt Patches at Grantland
Locke is currently in theaters, and this article shows that more goes into a drama that features only one actor and takes place entirely inside a car than one might think. Through an extensive conversation with star Tom Hardy and writer/director Steven Knight, Patches dissects the film’s production process. Among other things, the car had to be towed by a truck, since Hardy can’t actually drive.