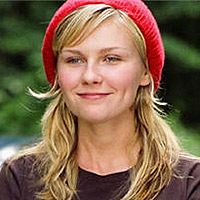 I Killed “At the Movies” by Ignatiy Vishnevetsky at The AV Club
At the Movies made Roger Ebert and Gene Siskel into household names and was a touchstone of movie criticism during its decades-long run. The program was revived in 2011 as Ebert Presents: At the Movies with Vishnevetsky and Christy Lemire as its new hosts, but it crashed and burned within a year. Now, Vishnevetsky offers a fascinating peek at the aborted effort.

I’m sorry for coining the phrase “Manic Pixie Dream Girl” by Nathan Rabin at Salon
In 2007, Rabin called Kirsten Dunst in Elizabethtown a “manic pixie dream girl,” identifying a female archetype that’s composed solely of quirks and exists primarily to help male protagonists self-actualize. Since then, the label has spread–so much that Rabin has grown dismayed with how it is misapplied and used against female characters.

So Much Sex! by Grady Hendrix at Film Comment
We often hear about how China is the new market for American blockbusters, but this past Chinese New Year, the top-grossing film in Hong Kong was Golden Chickensss, a sex comedy (part of a series!) about an enthusiastic prostitute. While Chinese culture is outwardly conservative, the country has an interesting history of sex-focused films.

“Snowpiercer,” VOD and the future of film distribution by Josh Rottenberg at The L.A. Times
Snowpiercer is showing up on VOD services only a few weeks after its theatrical debut. That’s an increasingly normal distribution model for smaller films, but this is a sci-fi action flick with several Hollywood stars. The studios, it seems, are beginning to find a balance between big and small screens.

The Roar Over the Funds of the Crowd by Kathryn Shattuck at The New York Times
Zach Braff attracted reams of criticism when he turned to Kickstarter to help fund his latest film, Wish I Was Here. With the movie’s impending release, Shattuck sits down with the actor, writer, and director to talk about the backlash and why he chose Kickstarter despite being a millionaire with a tracked record of cinematic success. Whether you approve of Braff’s actions or not, it’s a good read.

Meet the Badass Women Who Stunt Double for Angelina Jolie and Jennifer Lawrence by Bilge Ebiri at Cosmopolitan
There are a lot of jobs in the film business that don’t get nearly the amount of recognition they deserve. Stunt doubling is among the most underrated of them. And women stunt doubles get even less love. Ebiri speaks with three performers about working with the actresses (or actors) they double, how they stay in shape, and the best way to throw a punch.