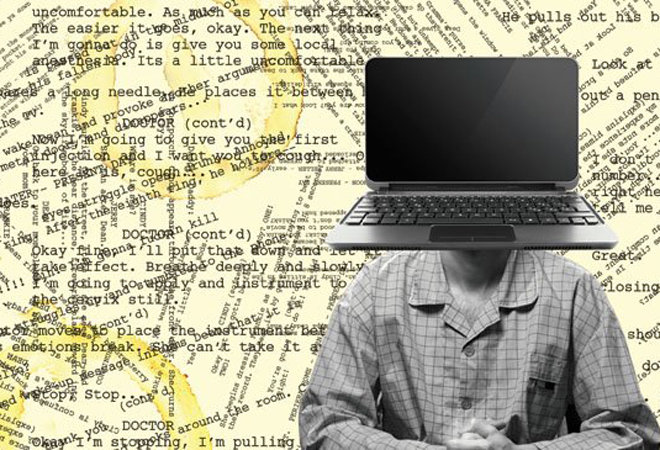 Photo courtesy of The Hollywood Reporter

The Greats: John Williams by Tim Grierson at Paste
“The Greats” is an ongoing series at Paste that strives to give important film artists their due—while they are still alive. As Grierson reminds us, composer John Williams is inestimably influential on the music of the movies, and this is a great overview of the man’s life and work.

The Lonely Subtitle by Anthony Kaufman at Indiewire
It’s a trend that’s been underreported: American box office returns for foreign films have suffered in recent years. Kaufman picks apart the reasons for the decline and finds an industry that has increasingly abandoned subtitled work. This is a must-read for any fan of foreign movies.

Memos to Hollywood by Manohla Dargis and A.O. Scott at The New York Times
The chief film writers at the Times pen a series of cheeky missives to the movie business addressing things that could use fixing, things that they approve of, and things that just are. Their subjects include the lack of women, movies based on toys, streaming services, television, and much more.

My Life as a Screenwriter You’ve Never Heard Of by Justin Marks at The Hollywood Reporter
Justin Marks has written more than 20 screenplays but he is credited on only one released film. Such is the lot of most screenwriters today. Marks gives us a look at what his day-to-day is like and the constant cycle of raised and dashed hopes.

The 11 Defining Features of the Summer Blockbuster by Walt Hickey at FiveThirtyEight
It’s always intriguing to see storytelling tropes quantified and expressed in easy-to-understand infographics. Hickey examined the key plot elements of blockbusters released since 1975 and found that a few commonalities stand out. The most amusing chart catalogs the percentage of blockbusters in which something explodes: The lines shoot up sharply over the past five years.

How the Movies of Tomorrow Will Play with Your Mind by Jennifer Ouellette at Pacific Standard
One of the key elements of cinema construction is the cut, the invisible transition from one image to the next. What would a movie without cuts look like? Neuroscientist Sergei Gepshtein envisions the next evolution in film vocabulary. This is a fascinating piece for anyone interested in how we interact with movies and how filmmaking affects us on a subconscious level.

The 5 Dumbest Arguments Against Gender Diversity by Tyler Foster at SharcTank
(Full disclosure: The author is a good friend of mine.) When the cast of the new Star Wars film was announced, some noticed that only two of the 12 actors were women. This reignited a debate that has come and gone over the years about gender disparity in movie casting. Foster lines up the most specious defenses for the lack of women in entertainment and dismantles them. As the title notes, this isn’t just about Star Wars.