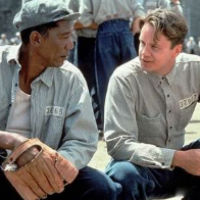 The week’s best writing about movies includes a look at taboo-tackling movies made in the 1930s, a think piece about how Shawshank Redemption became so popular, and more.

Did ‘Blended’ Bombing Finally Blow Up the Adam Sandler Empire? by John Lopez at Grantland
Until now, Adam Sandler seemed like an utterly critic-proof performer and producer. No matter how badly his films were received, they continued to rake in hundreds of millions of dollars. But his latest, Blended, is experiencing dismal returns. With some excellent humor, Lopez explores how star power alone might not be a draw for audiences anymore.

Pre-Code: Hollywood before the censors by Mike Mashon and James Bell at Sight and Sound
This one is for lovers of movie history. People tend to think of the first half of the 20th century as a period of relative innocence in entertainment. That couldn’t be farther from the truth. Mashon and Bell offer in-depth explorations of films made between the 1930 introduction of the Hayes Code and the 1934 creation of the Production Code Administration that would enforce it. In that short span of time, filmmakers tackled social taboos in all kinds of fascinating ways.

A love letter to classic movie villains by Vanessa Buttino at Verite
Buttino plays devil’s advocate and expresses her admiration for the myriad bad guys of cinema. While it might seem like a trifling bit of fun, it’s actually a great look at how antagonists are often put in positions that engender more sympathy than those of the protagonists. And, as she points out, villains often evoke the best reactions from the audience.

The Shawshank Residuals by Russell Adams at The Wall Street Journal
How did The Shawshank Redemption, which came out to little fanfare nearly twenty years ago, become the #1 movie of all time as rated by the users of the Internet Movie Database? How is it still making significant residual money for its actors? How did it get 151 hours of playtime on basic cable last year? Adams picks apart the anatomy of a sleeper hit, and the gold that studios mine with their libraries of titles.

In a final videotaped message, a sad reflection of the sexist stories we see on screen by Ann Hornaday at The Washington Post
The shooting at UCSB this past weekend has spurred a long overdue discussion on our culture’s ingrained misogyny. Hornaday doesn’t let movies aimed at young men off the hook as she discussed the cinematic influence of shooter Elliot Rodger’s videos. Her choice of Neighbors as an example is off (and has earned her the ire of Seth Rogen and Judd Apatow), but this is a vital piece for starting a conversation.

What It’s Like to Play Every Ethnicity Hollywood Throws Your Way by June Thomas at Slate
Over the course of his two-decade career, character actor Cliff Curtis has benefited from Hollywood’s “brown is brown” mindset. Of Maori descent, he has played, as the article’s title says, pretty much every ethnicity besides white. Thomas sat down with Curtis about the latest of these roles, for the new show Gang Related.