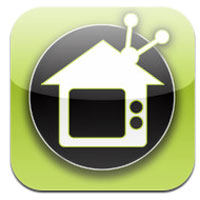 A screenshot from the Reel Estates app

Want a GPS-friendly, tour guide-free way to scout your favorite homes from movies and TV? There’s an app for that. From The Brady Bunch’s prototypical ranch home in Studio City to the Fresh Prince’s mansion, which was actually in Brentwood not Bel Air, the new Reel Estates app features over four hundred addresses nationwide. We clicked around and found a few pop culture landmarks.

Mad Men
Home of the Draper Family (Pasadena)
Don now occupies a Manhattan penthouse with Megan and Betty lives in Rye with Henry, but the suburban New York home Don and Betty shared during their marriage is actually in Pasadena.

Crazy, Stupid Love
Home of the Weavers (Altadena)
The cops broke up a convoluted family feud in the backyard of this Altadena residence.

City Center
500 Days of Summer
Apartment of Summer Finn (Downtown L.A)
Tom’s (Joseph Gordon Levitt) expectations clashed with reality in the memorable rooftop party scene filmed at this L.A. apartment building. The rest of the movie is filled with other great downtown locations including the grassy park near Angel’s Flight.

Brentwood
Fresh Prince of Bel-Air
Home of Fresh Prince & The Banks Family (Brentwood)
Will Smith moved in with his auntie and uncle in… Brentwood.

This Is 40
Home of Pete and Debbie (Brentwood)
This film was as much about L.A.’s Westside as it was about the big 4-0. (Remember Paul Rudd angrily bicycle riding down San Vicente Boulevard?) It turns out Pete and Debbie lived just above San Vicente in the heart of Brentwood Park.

Modern Family
Home of Jay & Gloria (Brentwood)
The chaos of everyone’s favorite TV family occurs behind the closed doors of this Brentwood home.

The Valley
Boy Meets World
Home of the Matthews Family (Studio City)
This iconic ’90s sitcom wasn’t filmed in Philadelphia, where the show was set, but in good old Studio City.

Valley Girl
Home of Julie Richman (Sherman Oaks)
This ’80s tale of crosstown love brought together two teenagers from different worlds: the city and the Valley. True to the movie’s title, Julie, the ultimate Valley Girl, lived just a few blocks from the Galleria.

The Office
Home of Jim & Pam (Van Nuys)
We’ve been through it all with TV’s most lovable couple: their first date, their wedding, the birth of their daughter. We’ve experienced their ups and downs. Why didn’t we know until now that they lived in Van Nuys?