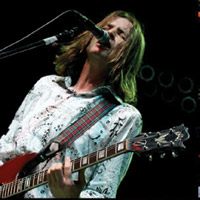 Jeff McDonald, vocalist and lead guitarist of the vintage L.A. punk band, talks about the group’s first album in 15 years

Why make a record now?
In 2006, we were asked to play the Don’t Knock the Rock festival, and we just kept going. We started to record, and after a couple years of tinkering, the record was done.

If 2012 Redd Kross were to meet 1992 Redd Kross, what would today’s band tell yesterday’s about the current music industry?
The Redd Kross of today, as with the Redd Kross of the ’90s, exists in a bubble. Reality can be a huge bummer, and we must shield ourselves against it at all times.