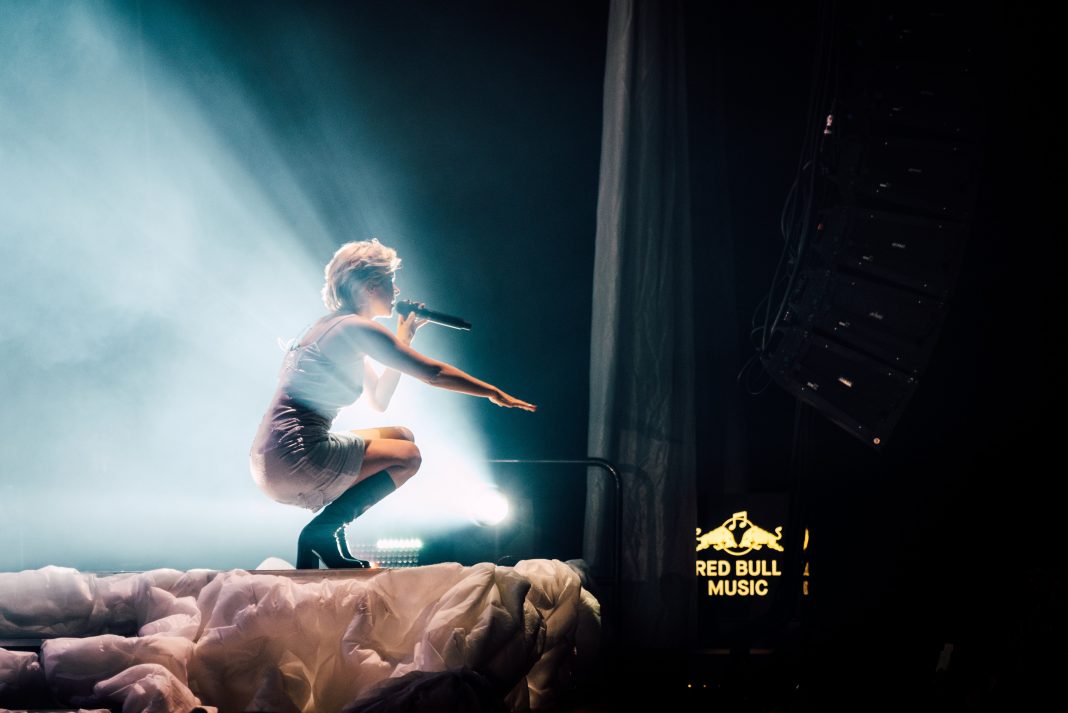 When we told you about the return of Red Bull Music Festival back in December, there were a lot of surprises and secrets still under wraps. Now the details of the February festival of music, art, and film have finally emerged. Here’s what you need to know.

Robyn‘s big return to the Hollywood Palladium stage for two nights (February 22 and 23) is a huge event that we’ve been hotly anticipating at least since Honey dropped last year–but really since more like 2011, when she last played a show of her own hits in L.A.

One big change from the first announcement is the Valentine’s Day show, which was originally to be headlined by Rae Sremmurd. Amid that duo’s recent drama, the show has been put in the hands of CupcakKe, Trina, and Junglepussy (whom we stan).

Sun Ra Arkestra will make a rare appearance in L.A. to perform a live score to accompany the 1974 Afrofuturist film Space Is the Place. Drone metal stalwarts Earth will also perform a live film score, and new age musician Iasos will perform a “journey of hypnotic aural effects” with visual projections under the full moon.

Center Channel is the umbrella for a slate of film screenings, talks, and other programming, mostly centered at the Ukrainian Cultural Center in East Hollywood. A full schedule is online, and it’s full of must-sees.

Among the highlights: Alex Ross Perry stops by for a screening and Q-and-A for his new film, Her Smell, starring Elizabeth Moss (February 15); a matinee marathon showing of California punk rock documentaries (February 8); and a screening of Selena with a cast reunion and dance party (February 8).

One day will be dedicated to programming featuring Black Radical Imagination, a touring program of new stories from the African diaspora, in collaboration with Movement Arts Performance Space, a local collective creating work that blends contemporary and traditional arts of the Afro-Latinx and Caribbean communities.

The venue for this “festival within a festival” on February 16 is Sun Valley’s iconic Pink Motel. Performers including Mikey Alfred, Tierra Whack, Tommy Genesis, Show Me the Body, Sunni Colón, and many more. It’ll be a multi-genre, multi-media experience, with skateboarding in the drained pool, video installations, and more to explore.

“30 Days in L.A.” Fest Spreads Across the City for a Month of Music Shows